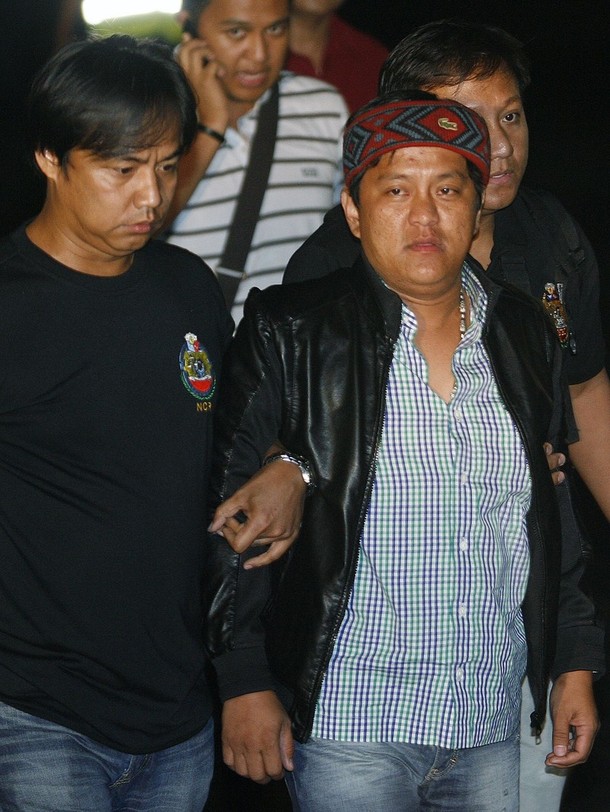 Agents of the National Bureau of Investigation escort Andal Ampatuan Jr. (R), a local mayor in Maguindanao province after he surrendered in Ampatuan in southern Philippines, upon his arrival at the Villamor air base in Pasay city, metro Manila, November 26, 2009. Philippine police filed murder charges on Thursday against the main suspect in the massacre of 57 people in the south of the country this week as authorities moved to dismantle his clan’s control over the region. REUTERS/Romeo Ranoco (PHILIPPINES POLITICS CRIME LAW)