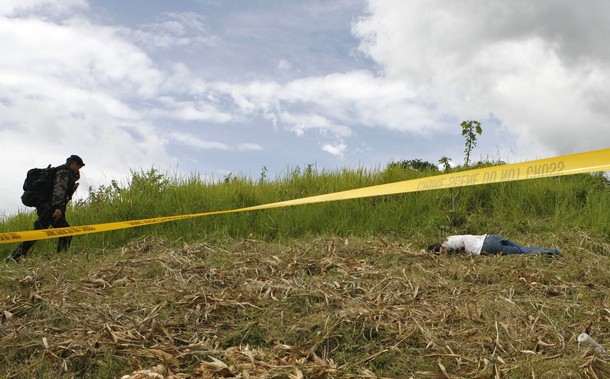 A police officer walks near the body of a journalist at the scene of a massacre of a political clan, which included several journalists, on the outskirts of Ampatuan, Maguindanao in southern Philippines, November 24, 2009. Philippine President Gloria Macapagal Arroyo placed two southern provinces and a city under emergency rule on Tuesday after 24 people were killed in the worst-ever election related violence in the country. REUTERS/Erik de Castro (PHILIPPINES CRIME LAW CONFLICT)