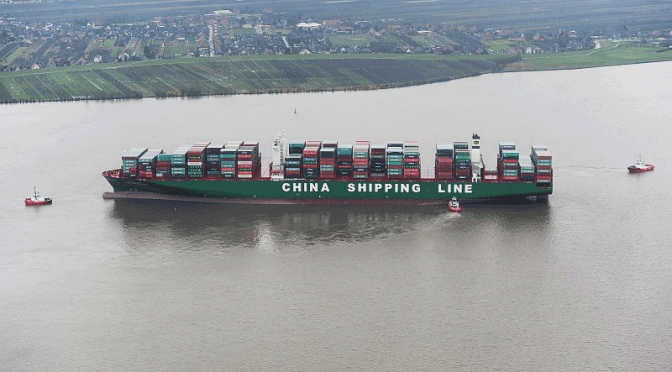 The Baltic Dry Index [BDI] continues to slide down from 369 last month to 291 today. An indication that the financial war, and the Covert WW3 at large, are now reaching dangerous heights.

The BDI is a good indicator in the flow of goods across “23 shipping routes measured on a timecharter basis, the index covers Handysize, Supramax, Panamax, and Capesize dry bulk carriers carrying a range of commodities including coal, iron ore and grain.”[1]”

“The supply of cargo ships is generally both tight and inelastic—it takes two years to build a new ship, and the cost of laying up a ship is too high to take out of trade for short intervals,[7] the way you might park a car safely over the winter. So, marginal increases in demand can push the index higher quickly, and marginal demand decreases can cause the index to fall rapidly. e.g. “if you have 100 ships competing for 99 cargoes, rates go down, whereas if you’ve 99 ships competing for 100 cargoes, rates go up. In other words, small fleet changes and logistical matters can crash rates…”[8] The index indirectly measures global supply and demand for the commodities shipped aboard dry bulk carriers, such as building materials, coal, metallic ores, and grains.

The leading freight index BDI started in 1985 at 1000 reference points, reached its peak 11,793 points on May 20, 2008, only to plunge to 663 points, or 94% after 5 months, or during the “big short” days.
The BDI did recover months later to as high 4660 but since then on a downward trajectory until last month’s 369 points. Normally, in most indexes, downturns rebound quickly since speculators were just waiting in the wings for lower prices.

But, today’s 291 point slide is confirming earlier reports that international shipping is effectively shut down due to the non-acceptance of petrodollar.

Most stock indexes today are in red: 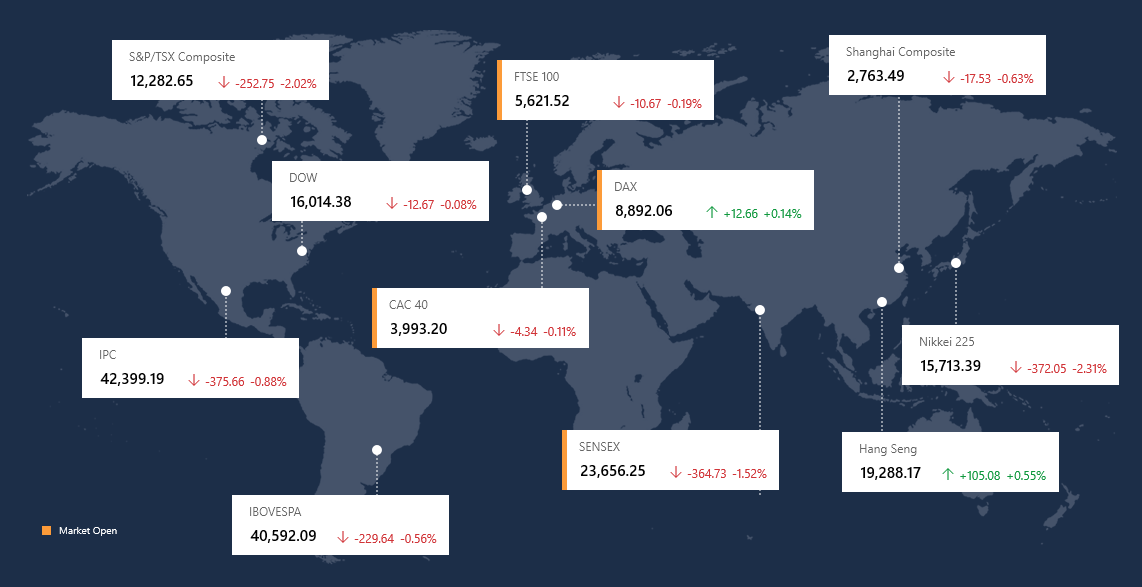 Here are some recent BRICS pronouncements:

“Ditching the dollar, Iran and India have agreed to settle all outstanding crude oil dues in rupees in preparation to future trade in their national currencies. The dollar dues — $6.5 billion equaling 55 per cent of oil payment — would be deposited in National Iranian Oil Co account with Indian banks,” The Indian Express reported on January 5, 2016.”

“In December 2015, Charge d’Affaires at the Chinese Embassy in Russia Zhang Xiao said that the value of trade between Russia and China could reach the equivalent of $100 billion if the sides used national currencies for mutual payments and modernized the model of bilateral economic cooperation.

As we know, the [Russian] Finance Ministry is working on creating a scheme [of payments in national currencies]… This issue has been repeatedly discussed at Russian-Chinese negotiations as well as with Iran,” Aleksei Alekseenko said an agricultural exhibition in Moscow.”

“Sometimes profound tectonic shifts in the global politics arise from the least noticed events. Such is the situation with Iran and the recent visit to Tehran of China’s President Xi Jinping. What emerged from the talks confirms that the vital third leg of what will become a genuine Eurasian Golden Triangle, of nations committed to peaceful economic development, is now in place,” American-German researcher, historian and strategic risk consultant F. William Engdahl writes in his article for New Eastern Outlook.”

These repeated warnings are purposely done to allow Western population to take the necessary preparations, and to watch what their governments will be doing to preserve itself.

The global shipping situation is so dire, even this container ship is having no enthusiasm of reaching its port of destination. 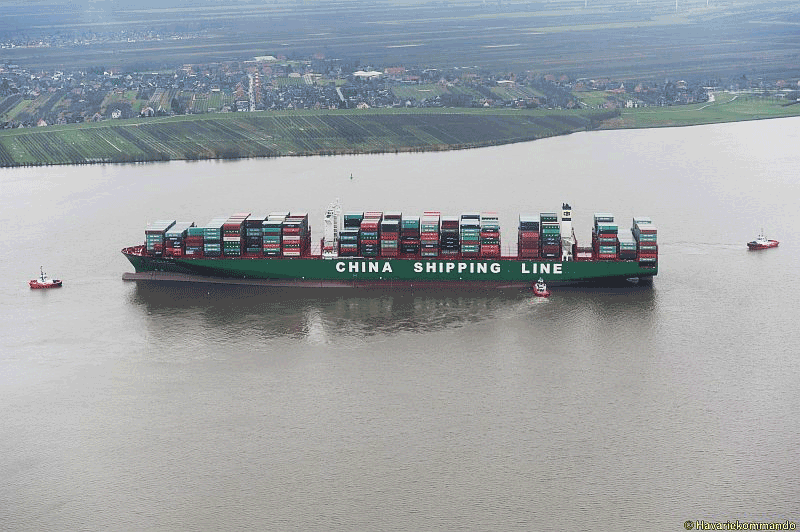 “The vessel CSCL Indian Ocean ran aground Wednesday night at 21:20 UTC. Initial reports said the incident was caused by an apparent mechanical failure.

An attempt to refloat the ship at around noon local time was unsuccessful.

Germany’s Central Command for Maritime Emergencies (CCME) says it has been in touch with the ship owner and they are in the process of developing a salvage plan. A second attempt to refloat the ship is expected during the next high tide at 00:30 a.m. Friday.

An overflight of the area Thursday showed no signs of pollution. There were no injuries reported.

4 thoughts on “Baltic Dry Index Continues to Slide, Down 22% from Last Month”