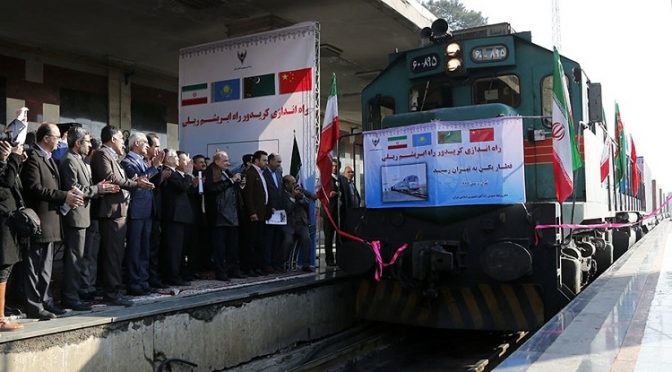 Some very striking developments between East and the West in the realm of economics are happening very recently. What we thought would take more years to start is already here.
The Silk Road is well on course and the first train of goodies from China has arrived in Iranian railway terminals to inaugurate post-sanction Iran.

This occurred at the very same time that the Harvard exceptionalist Larry Summers published his desire to kill the $100 and €500 bills out of circulation. The silent rationale is, of course, to give more teeth to the ongoing skimming of your bank accounts which by now has been defeated by your massive withdrawals and hoarding of cash back home.

“Yesterday we reported that the ECB has begun contemplating the death of the €500 EURO note, a fate which is now virtually assured for the one banknote which not only makes up 30% of the total European paper currency in circulation by value, but provides the best, most cost-efficient alternative (in terms of sheer bulk and storage costs) to Europe’s tax on money known as NIRP.

That also explains why Mario Draghi is so intent on eradicating it first, then the €200 bill, then the €100 bill, and so on.

We also noted that according to a Bank of America analysis, the scrapping of the largest denominated European note “would be negative for the currency”, to which we said that BofA is right, unless of course, in this global race to the bottom, first the SNB “scraps” the CHF1000 bill, and then the Federal Reserve follows suit and listens to Harvard “scholar” and former Standard Chartered CEO Peter Sands who just last week said the US should ban the $100 note as it would “deter tax evasion, financial crime, terrorism and corruption.”

Well, not even 24 hours later, and another Harvard “scholar” and Fed chairman wannabe, Larry Summers, has just released an oped in the left-leaning Amazon Washington Post, titled “It’s time to kill the $100 bill” in which he makes it clear that the pursuit of paper money is only just starting. Not surprisingly, just like in Europe, the argument is that killing the Benjamins would somehow eradicate crime, saying that “a moratorium on printing new high denomination notes would make the world a better place.“

Yes, for central bankers, as all this modest proposal will do is make it that much easier to unleash NIRP, because recall that of the $1.4 trillion in total U.S. currency in circulation, $1.1 trillion is in the form of $100 bills. Eliminate those, and suddenly there is nowhere to hide from those trillions in negative interest rate “yielding” bank deposits.”

While governments of the West are inching closer to the full automation of its dictatorial powers against its own people, Eastern countries are building bridges of mutual progress. 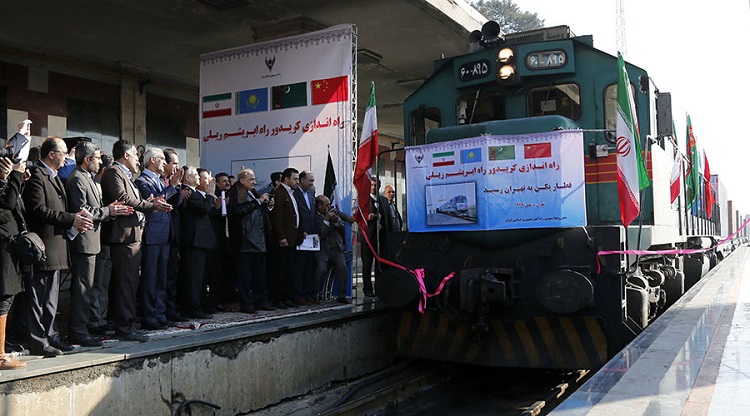 The first freight train to resurrect the ancient Silk Road route arrived in Iran from China on Monday.
It took just 14 days for the 32-container train loaded with Chinese goods to complete the 5,900 mile (9,500km) journey from China’s eastern Zhejiang province through Kazakhstan and Turkmenistan.
It’s 30 days shorter than the sea voyage from Shanghai to the Iranian port of Bandar Abbas, according to the head of the Iranian railway company, Mohsen Pourseyed Aqayi.
“The arrival of this train in less than 14 days is unprecedented,” he said, adding that the revival of the Silk Road is crucial for the countries on its route.
Aqayi says there will be a train every month and more frequently if necessary.
The railway will not stop in Tehran, Aqayi said as they are “planning to extend the railway to Europe in the future” with transits generating more income for Iran.
China is Iran’s biggest trading partner, accounting for most of Tehran’s oil exports. Trade between the two countries stood at around $52 billion in 2014. Last month Chinese President Xi Jinping and his Iranian counterpart agreed to increase trade turnover to $600 billion within the next 10 years.
In 2014, Beijing announced an ambitious foreign policy initiative known as ‘One Belt One Road’. The project also known as the New Silk Road includes plans to build roads, ports, railway systems and other infrastructure from China to the Middle East, as well as Central, South and Southeast Asia.
In April, China said it would allocate $62 billion from its foreign exchange reserves to three state-owned ‘policy banks’ in order to support the New Silk Road project and create infrastructure links with foreign markets.
The Silk Road (or Silk Route) is an ancient trans-Asian trade route connecting China to Europe and the Mediterranean Sea. The route was named after the lucrative Chinese silk trade.
https://www.rt.com/business/332631-china-iran-train-arrives/
Unless We the People shutdown this corporate government immediately, the Corporatists will move on to abolish cash altogether and, as they have done decades before, confiscate all the gold and silver which you might have accumulated over the last few years in anticipation to what is developing right now in the financial sector.
We will also have more of this…

US Marshals make arrests over non-payment of student loans

Being behind on student loan payments in Texas could cost you more than your credit score. The US Marshals Service in Houston is arresting people who aren’t paying their federal student debt.

Paul Aker said that seven deputy US Marshals showed up at his Houston home in combat gear.

He claims he was taken to federal court, where he signed a payment plan for the debt.

“It was totally mind-boggling,” Aker said.

So, don’t wait for those who were making promises that they will take good care of you. Certainly, the East won’t wait for more of your inactions.
They will continue to forge ahead with, or without. you. 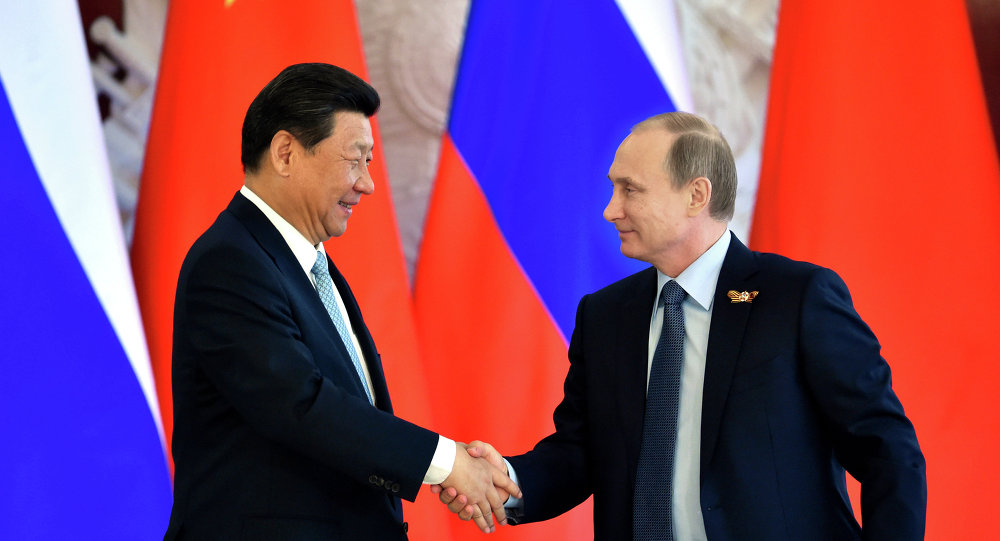 The bilateral relationship, she noted in an article for Foreign Affairs, is currently “complex, sturdy and deeply rooted.” It will most likely only strengthen with time, since the developments of the past several decades “have only brought the two countries closer together.”

Chinese experts and politicians have long emphasized that the bilateral relations between Beijing and Moscow are neither an alliance, nor will they become one. The idea of creating blocs has often been presented as alien to the Chinese political culture and an inherent element of the American one.

The logic is the following: alliances, according to the Chinese, create unnecessary tensions. Instead, major powers should focus on fostering bilateral ties.

In this context, relations between Russia and China could serve as a blueprint of how “two big neighbors” could “manage their differences” and promote what the Chinese often refer to as non-confrontational win-win cooperation.