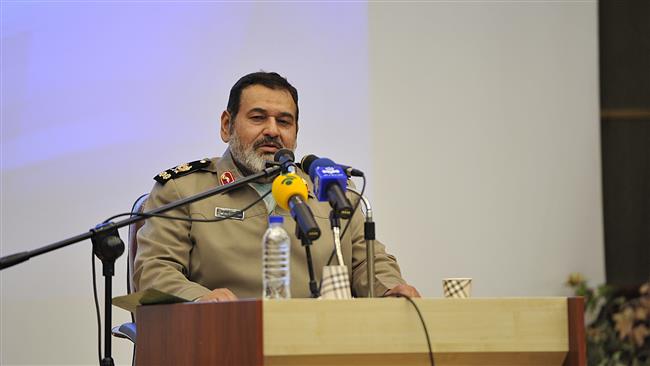 The self-professed beacons of democracy are being accused of meddling into a sovereign electoral exercise by supporting a particular candidate in the Iranian regular elections.

No less than the highly respected Chief of Staff, Major General Hassan Firouzabadi, is voicing his sentiment by calling such provocative intervention as “military interference.”
No longer is the world silent about political intrusions by Western backed 5th Columnists who are out to destroy sovereign nations’ integrity.
‘A senior Iranian commander says meddling by the US and Britain in Iran’s upcoming elections, including campaigning for or against a particular candidate, is a “disgraceful and insulting” move and a violation of the Islamic Republic’s independence and national sovereignty.
“Such interference is [part of] aggressive strategies adopted by the US and Britain toward the Iranian nation, and the country’s officials should not underestimate it,” Iranian Armed Forces’ Chief of Staff Major General Hassan Firouzabadi said on Saturday.
He added that the “impudent” move by arrogant powers, including the US and Britain, would provoke the wrath of the “revolutionary” Iranian nation.
Firouzabadi called on Iranian officials to show a severe reaction to any foreign intervention in the country’s elections and protest the move by the British and American governments, which he said is similar to “military interference.”
The commander said meddling in elections of a “revolutionary and independent country with Islamic and democratic leadership” would be serious transgression, stressing that the Iranian nation is well aware of ways to foil its consequences.
Leader of the Islamic Revolution Ayatollah Seyyed Ali Khamenei on Wednesday warned against enemy plots to exercise influence in Iran’s upcoming elections.
The Leader said that the United States plans to challenge decisions by the Guardian Council, Iran’s top supervising and vetting body, in a bid to portray elections as illegal.
The next elections for the 10th term of the Iranian Parliament (Majlis) and the 5th term of the Assembly of Experts will take place simultaneously on February 26.
Over 6,000 candidates, including 600 women, are running for the 290 seats in the Majlis.
The campaigning began on Thursday and will continue until one day before the vote. A special committee will also supervise the candidates’ online campaigning.’
http://217.218.67.231/Detail/2016/02/20/451367/Iran-Firouzabadi-UK-US-elections/

‘TEHRAN (FNA)- Iran’s big political parties and factions are back on the campaign trail again, this time propping up their top candidates for the Parliamentary and Assembly of Experts Elections on February 26.

Based on the official reports, over 6,200 candidates who have been approved to run, including 586 women, have begun a one-week campaign for a place in the country’s 290-seat Parliament, where 146 seats are needed for a majority. It will be the 10th Parliamentary election since the victory of 1979 Islamic Revolution. The elected candidates will serve from May 3, 2016 to May 3, 2020.

Here, the 290-seat Parliament has 285 directly elected members and five seats reserved for the Zoroastrians, Jews, Assyrian and Chaldean Christians and Armenians (one for Armenians in the north of Iran and one for Armenians in the south).
This is while the Assembly of Experts elections will be held on the same day. The 88 members of the Assembly will also be directly elected. The winning candidates of the Assembly of Experts’ next term, lasting until 2024, possibly might have to choose the next Supreme Leader of Iran, or at the very least plan for it.
The exact numbers of candidates in the various camps is difficult to gauge, since they are spread out across hundreds of constituencies and many are relatively unknown politically. For the start, in the capital, Tehran, over 1000 candidates are competing for just 30 seats!’
http://en.farsnews.com/newstext.aspx?nn=13941130000903
That’s the essence of a real grassroots democracy as opposed to corporate funded ones.

One thought on “Democracy Hypocrites: US & UK Accused of Meddling on Iran Elections”