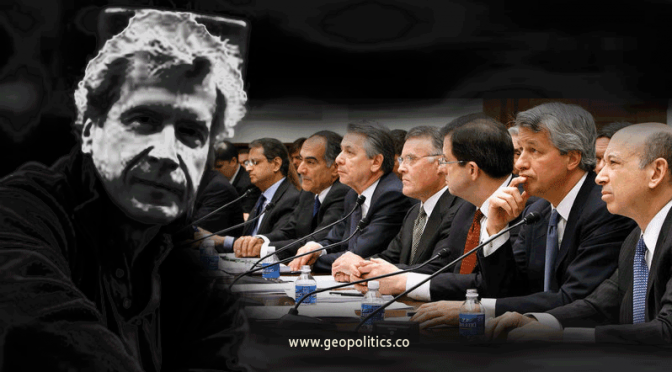 It used to be that the so-called economic hitmen were only targeting other countries outside of the West, but as these usual targets are slowly waking up to the scheme and started resisting the machinations, not without risk of course, those same economic hitmen are now targeting their own countries, too.

And this is one great opportunity for the people of these countries to finally understand the agony that’s been experienced elsewhere in the world because of their obsession with spreading “democracy and freedom.” 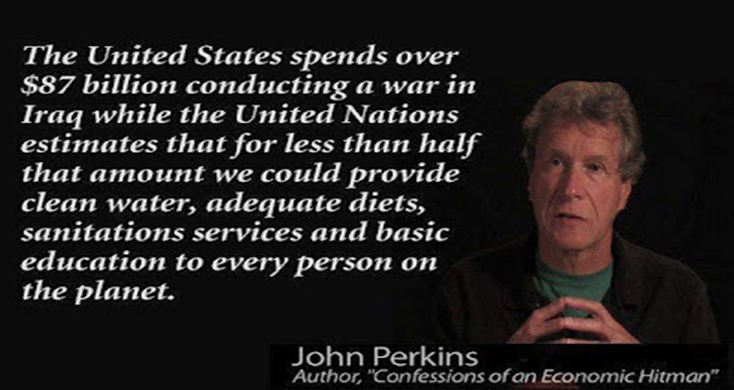 “Economic hitmen – I’m a former one, actually – created the world’s first truly global empire. It’s really a corporate empire, not an American empire although the U.S. government certainly supports it.

We work many different ways, but perhaps the most common is that we will identify a country that has resources that corporations want, like oil. We arrange huge loans of that country from the World Bank or one of its sisters. Yet, the money never actually goes to the country. It is primarily there to make the our companies — that build the infrastructure projects like the power plants, and the industrial parks, highways, and ports — very rich.

In addition, a few wealthy families make a lot of money off of these programs. They own the industries and commercial centers.

But the majority of the people do not benefit at all. They do not have enough money to buy much electricity. They cannot get jobs in industrial parks because the industrial parks do not hire many people. They lose out because a lot of money is diverted from healthcare, education, and other social services to try to pay the interest on the debt.

In the end, the principal is never paid down. We go back and say since you cannot pay your debts, sell your resource real cheap to our corporations without any environmental restrictions or social regulations. Or privatize, and sell off your electric utilities; your water and sewage systems, and your schools, your jails — all of your public sector businesses — to our corporations.

These leaders are very aware that if they do not accept these deals; if we economic hitmen fail to bring them around, the jackals are likely to show up. These are people that will either assassinate those leaders or overthrow their governments. “

As far as the United States is concerned, the bankers’ bailout to absorb the crash in 2008 was only the beginning. The deeply embedded economic hitmen know how to act in front of their paid politicians, too.

Away from TV screens, this is what they do… 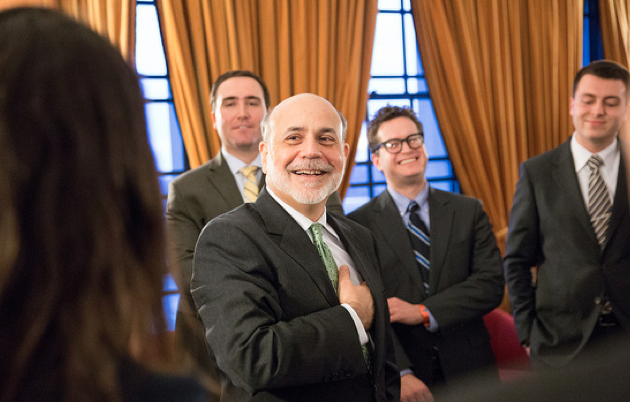 They are mocking the system because until now, they know they still can.
The ongoing collapse of the Western financial system is exposing its true face, and will continue to aggravate soon unless the people in the West will put a stop to the whole fiat, debt-based travesty.
Today, another country is showing its vulnerability,

“Norway’s government has made its first withdrawal from the country’s $826 billion sovereign wealth fund, 20 years after first depositing cash from its vast oil sector into the account.

The withdrawal took place in January when 6.7 billion Norwegian kroner ($780 million) was used to pay for public spending, according to the local newspaper Dagens Naeringsliv.

Norway has sharply raised its annual budget spending to counter an economic downturn triggered by falling oil industry investments, as the price of North Sea crude has fallen by 70 percent since mid-2014.

The mining and manufacturing sectors, which are closely linked to production in the oil and gas industries, have also declined.

The $826 billion wealth fund, called the Government Pension Fund Global, was set up twenty years ago, in 1996. Its purpose is to share the wealth from the country’s oil and gas production with future generations. The fund is invested abroad in stocks, bonds and real estate.

In October, the government warned that it would resort to tapping into the fund to cover holes in its budget and stimulate the economy.

Some experts predict that this year is set to be critical for Norway, Western Europe’s largest oil producer and exporter, as it expects to make use of its rainy-day fund sooner than planned.”

Not all Western countries have this facility, but Norway’s finite amount of “rainy day” fund will also be depleted in months and when that happens, Norway will start looking like Greece.
Although, the whole process started much earlier with the establishment of a pseudo public bank known as the Federal Reserve, the ongoing financial slavery is morphing even more than a menacing monster, with an innocent sounding cashless society baited with a nationally guaranteed basic income.

“Finland and The Netherlands have already shown their interest in giving people a regular monthly allowance regardless of working status, and now Ontario, Canada, is onboard.

Ontario’s government announced in February that a pilot program will be coming to the Canadian province sometime later this year.

The premise: Send people monthly checks to cover living expenses such as food, transportation, clothing, and utilities — no questions asked.

It’s a radical idea, and one that has been around since the 1960s. It’s called “basic income.” In the decades since it was first proposed, various researchers and government officials have given basic income experiments a try, with mixed results.

“We need it rolled out across Canada, and Quebec, too, is in the game,” said chair of BICN, Sheila Regehr, in a statement. “So there’s no reason why people and governments in other parts of this country need sit on the sidelines – it’s time for us all to get to work.”

Ontario officials haven’t decided when or where exactly it’ll roll out the program, nor how much each person will receive. When it does start, the money will come from a portion of Ontario’s budget set aside for the experiment.

In Finland, a small social-democratic country, people will receive an additional 800 euros, or just shy of $900. In various cities throughout The Netherlands, people receive an extra $1,000.

“There are many different types of guaranteed minimum income,” Duclos told The Globe and Mail. “I’m personally pleased that people are interested in the idea.”

In theory, basic income should work.

While one knee-jerk reaction is to argue that free money creates a lazy working class, research suggests the opposite is true. Supported by the financial safety net, people in one 2013 study actually worked 17% longer hours and received 38% higher earnings when basic income was given a shot.

In a country like Canada, where healthcare and retirement savings are already highly socialized, it isn’t far-fetched to think a steady income paid for by the taxpayers could roll out smoothly.”

Indeed, the carrot is made so attractive, every rabbit should be salivating for a bite. But, the whole paperless currency scheme will then become the final nail to the coffin of the illusory freedom that cash still provides.
In the Philippines, a similar and direct, conditional cash transfer program has been going on for the last 8 years, or so, towards those who are below the poverty threshold. Although still useful in the interim, this is not a decisive solution to alleviating poverty, but a mere band aid typically used by political executives lacking the will and creative imagination necessary to find the right and more practical solution to end the problem for good, which should require the recognition that it is the monetary system itself that is the culprit.
Worse, the Philippine conditional cash transfers are being used for patronage politics, i.e. to buy off voters.
Why can’t these morons of the political and financial elite, wherever they are in the world, just give up control of the whole system, and let everybody happy?
Better still, why can’t the people cease participating in the whole rigged game and empower themselves away from the control grid by establishing, amongst themselves, an Agorist Society, or an Ubuntu cooperative, LET system, etc.?
Any progressive action that could render the current power holdovers in the West irrelevant would be a welcome development for the rest of the world.
Let’s not pass this problem on to the next generations. Let’s make this happen now!

4 thoughts on “Western Society, A Victim of its Own Economic Hitmen, too!”