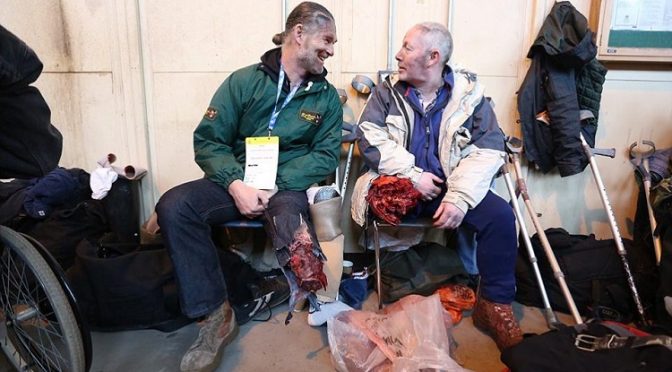 The attack on the headquarter city of NATO is designed to inflict as much fear as can be imagined when “even the center of EU political and military power is not immune to terror attack.”

They’re not even changing the script, nor the actors in all these false flags operations.

‘A 19-year-old who was injured in the Brussels terror attacks yesterday had previously been in Boston and Paris when deadly bombings took place, according to his father.

Mason Wells was one of four Mormon missionaries caught up in the blasts in Zaventem airport yesterday, and escaped with a ruptured Achilles tendon, shrapnel injuries and burns, reports ABC news .

His father Chad told ABC that Mason was just a block away from the finish line of the 2013 Boston marathon , in which his mother was competing, when a bomb detonated and killed three people – as well as injuring over 260.

The teen, from Utah in the USA, was also in Paris on November 13 when a series of co-ordinated terrorist attacks devastated the city, killing 129 people.’

The flood of refugees is more than Europe could accommodate effectively without exposing its government’s humanitarian hypocrisy, i.e. these governments have been invading other countries supposedly ran by madmen for humanitarian excuses and yet they could not do any better now that the same people are already knocking in their doorsteps.
They are now trying to close their borders to them. That mindset can be proven by their willingness to strike a $6 billion anti-refugee flooding deal with Erdogan’s Turkey. Where now is the humanitarian spirit that they are so proud about?
No, we can’t be accused of ignoring our humanitarian responsibilities. It’s just that we are under attack by terrorists from the Middle East. We need to close our borders now or we can’t preserve our exceptionalist values.
Terror attacks are not only proven effective in closing borders from a selected group of people, it can also be used in much the same way as WTC 9-11 Patriot Act intrusion into one’s privacy. 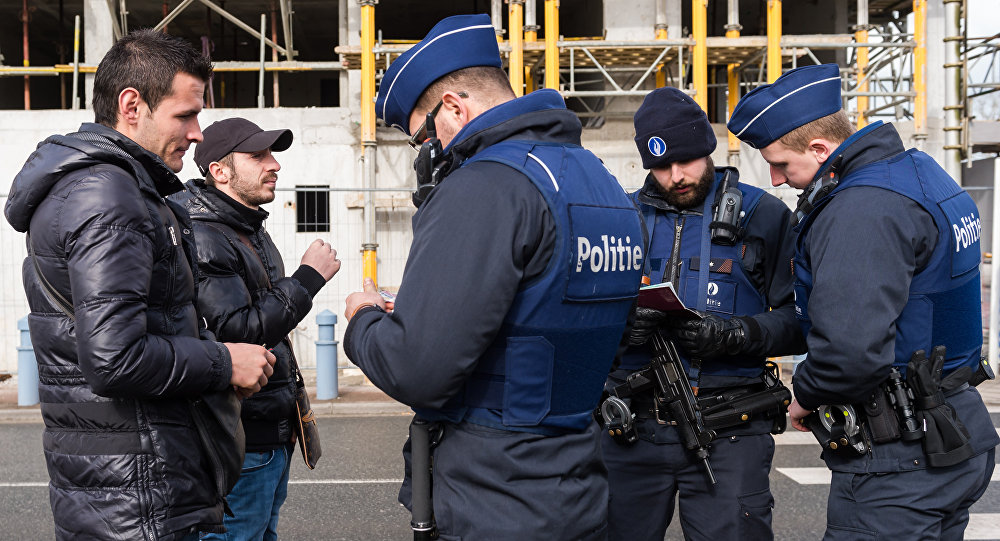 “The long-term impacts of the attacks will affect the very fabric of the European Union,” the American private geopolitical intelligence firm (often called the Shadow CIA), predicts in its analysis on the issue.

…“The Schengen Agreement came under fire at the start of the migrant crisis in early 2015. The Paris attacks escalated the controversy, particularly because the perpetrators moved between France and Belgium without detection. Consequently, France and other countries enhanced their border controls,” the analyst says.

The attacks could also re-ignite anti-Muslim sentiment in Europe which was already on the rise in the wake of the refugee crisis.

Even if one discounts all of these facts, still nobody can refute that it’s the CIA that’s been training and arming moderate rebels in Syria, while Israel, Saudi Arabia and Turkey providing the operational logistics during the entire duration of the Islamic State incursions and oil smuggling in Syria.
For EU governments to  work with Erdogan even after these facts have been established is already proof of all these governments connivance and therefore, shared culpability to terror.
Talking about Erdogan, he is also under threat with the possible establishment of an independent Kurdistan right next Turkey’s border, he is inviting NATO to start a war with them.
Yes, this is boring. False flags are boring and annoying. But the fear they continue to sow in the minds of the ignoramus is a real threat to us all. These people are what’s holding us down. These people are preventing us from taking the next step to our planetary evolution. We cannot leave them behind.
When people are in fear, they will accept whatever their government will do next.
Let’s not forget that the same entity who create multiple religions is now pitting these fanatics against each other.
That is where our current responsibilities lie today. These people must be assisted in their journey to self-evolution. Once humanity is made immune to fear, the works of evil will be defeated.
Let’s be the annoyance of evil by waking up as much people as possible.

2 thoughts on “Possible Agenda of the Brussels Terror False Flag”