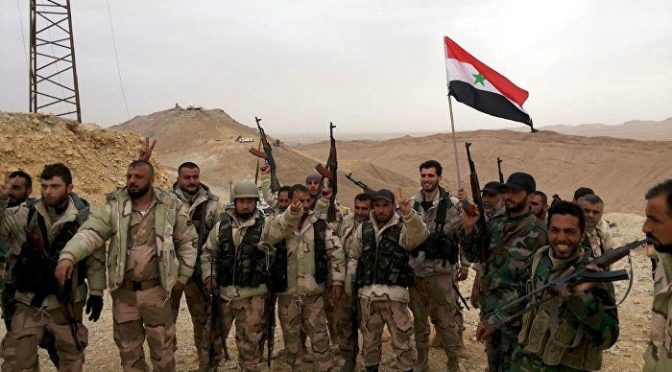 After almost a year under Daesh control, the City of Palmyra which hosted some ancient ruins of a civilization that the west wants to completely erase from map, is finally liberated by the Syrian Arab Army with the help from a Russian fighter jet, one of few jet fighters complementing the Russian S-400 missile shield that is still protecting Syria.

One thought on “Palmyra is liberated from Daesh”