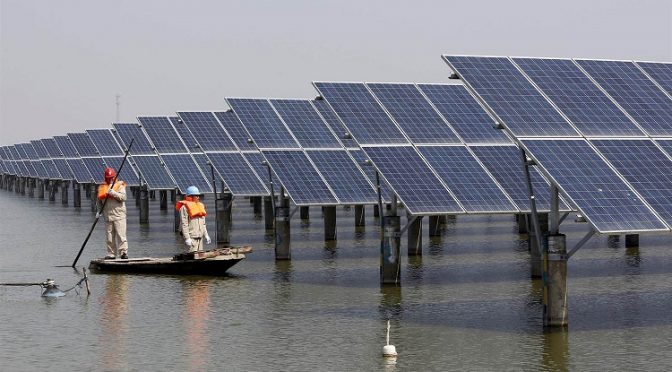 We have been following how the BRICS would implement their ambitious free energy transition from fossil fuels, and over the last weekend, March 31 to be exact,
China announced that it is planning to interconnect all existing and soon to be constructed solar farms for continuous power supply throughout the globe.

Yet, only NBC out of many in the mainstream media published it with prominence. Those same media which flooded the world with “global warming” hoax, or the more generalized “climate change” narrative, the so-called environment loving institutions are either so silent about it, or have buried it out of sight, or calling it crazy outright.
But one could only wonder how extensive their coverage was, and still is, when only 3 days after that very significant China’s $50 Trillion Global Clean Energy Project announcement, Soros’ ordered the release of Panama Papers which turned out to be a cheap shot at Putin, and Xi Jinping.
While Putin is handling the matter with cool, Xi takes a more proactive stance, i.e. censorship as usual. How else could the Nazionist propaganda be neutralized in China?
They are far smarter that those who are crying “suppression of free speech” who are themselves guilty of doing the same. Keeping a large country intact is far more important to China than free speech, at this very crucial time in our history.

Of course, Xi Jinping is expected to take measures on the leaked offshore companies of his comrades as he is proven to be a reformist in running after government corruption since coming to power.
Through this ambitious, yet feasible $50 trillion clean energy plan, approximately 80% of the Earthlings’ power requirement could be satisfied.

China has unveiled a proposal for a $50 trillion global electricity network that would help fight pollution and the effects of climate change.

The plan envisions linking existing and future solar farms, wind turbines and electricity plants in Asia, Europe, Africa and the Americas, according to the head of State Grid Corporation of China.

The proposal is in its initial stages and would require huge investment from around the world. If it goes ahead, it would be the world’s largest infrastructure project. It could be operational by 2050, according to backers.

The logic being that solar power could be used round the clock even at sundown since on the other side of the planet the sun is already rising.
Realistically, the year 2050 is so far away, so why should we be optimistic about this?
This announcement is only meant to inform the world, especially Big Oiligarchs, that the East is very serious about moving away from oil. This is to give all countries enough time to divest from oil and retool their industries to cleaner sources of energy, which is what some Western oil drilling companies are already doing.

But the real plan is to unleash hydrogen and nuclear fusion-based energy sources, not 34 years from now, but much sooner, as every government had been sitting on these technologies for decades now.
Another way to see this is to foster global cooperation to heal the planet from all destructive geopolitical maneuvers, not just in terms of physical infrastructures, but psychological.
Oil country like Saudi Arabia is also on board with its $2.6 trillion megafund, as they call it, As part of that strategy, the prince said, Saudi will sell shares in Aramco’s parent company and transform the oil giant into an industrial conglomerate. The initial public offering could happen as soon as next year, with the country currently planning to sell less than 5 per cent.

“IPOing Aramco and transferring its shares to PIF [the Public Investment Fund] will technically make investments the source of Saudi government revenue, not oil,” the prince said in an interview at the royal compound in Riyadh that ended at 4 am Thursday. “What is left now is to diversify investments. So within 20 years, we will be an economy or state that doesn’t depend mainly on oil.”

That’s another reason why Saudi Arabia is flooding the world with cheap oil.
Iran is also developing its post-sanction economy away from oil, 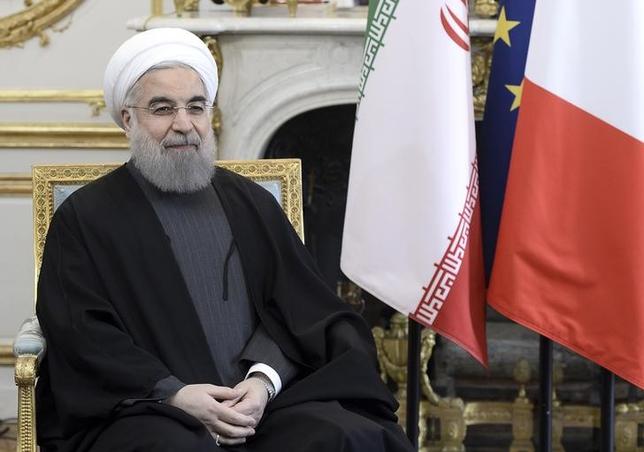 Iran has no problem with U.S. companies investing in its economy and creating joint ventures, President Hassan Rouhani said on Tuesday, and he called for foreign investment and diversification away from oil.

The president said the lifting of sanctions last month under a nuclear deal with world powers would see foreign investment turn Iran into an exporter of manufactured goods and ease the economy’s reliance on oil exports.

What these divestments illustrate is that the world is tired of wars for oil. It’s time for humanity to grow up.
The only concern we might have with regards to linking all power grids into one is it could be used to facilitate technocratic dictatorship. But, that could only happen if we will allow it to happen.
China itself is saying that the power grid setup would be much more like the internet where anyone can go offline anytime he wishes to.
In the end, the economic system itself must be upgraded to do away with money itself. That’s why the enemy is doing everything it can to sustain mass vaccinations, chemtrails and genetic manipulations.
Vigilance is still paramount, and only a perpetual revolution could set us free.