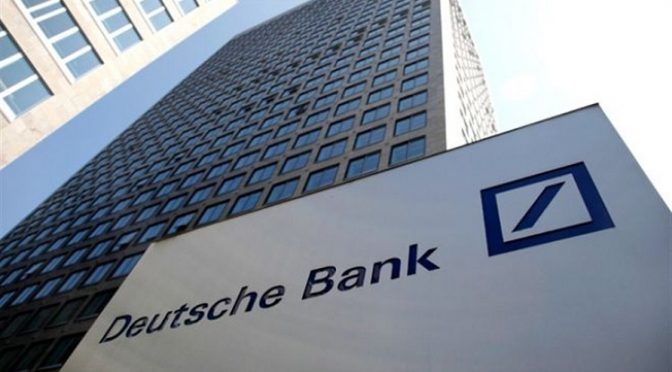 We’ve known this financial rigging for years and this is one of those stuffs most people ignored as conspiracy theory. Now, they know it’s real.
Free market is fiction; rigged markets supplant all international trade agreements.
Just days ago, Deutsche Bank admitted to having rigged the prices of silver…

“Deutsche Bank AG has agreed to settle U.S. litigation over allegations it illegally conspired with Bank of Nova Scotia and HSBC Holdings Plc to fix silver prices at the expense of investors, a court filing on Wednesday showed.

Terms were not disclosed, but the accord will include a monetary payment by the German bank, a letter filed in Manhattan federal court by lawyers for the investors said.

Deutsche Bank has signed a binding settlement term sheet, and is negotiating a formal settlement agreement to be submitted for approval by U.S. District Judge Valerie Caproni, who oversees the litigation.

A Deutsche Bank spokeswoman declined to comment. Lawyers for the investors did not immediately respond to requests for comment.

Investors accused Deutsche Bank, HSBC and ScotiaBank of abusing their power as three of the world’s largest silver bullion banks to dictate the price of silver through a secret, once-a-day meeting known as the Silver Fix.

According to the lawsuit, the defendants distorted prices on the roughly $30 billion of silver and silver financial instruments traded annually, violating U.S. antitrust law.”

Deutsche Bank also expressed its full cooperation to the effort of nailing down other conspirators to the gold and silver price rigging. 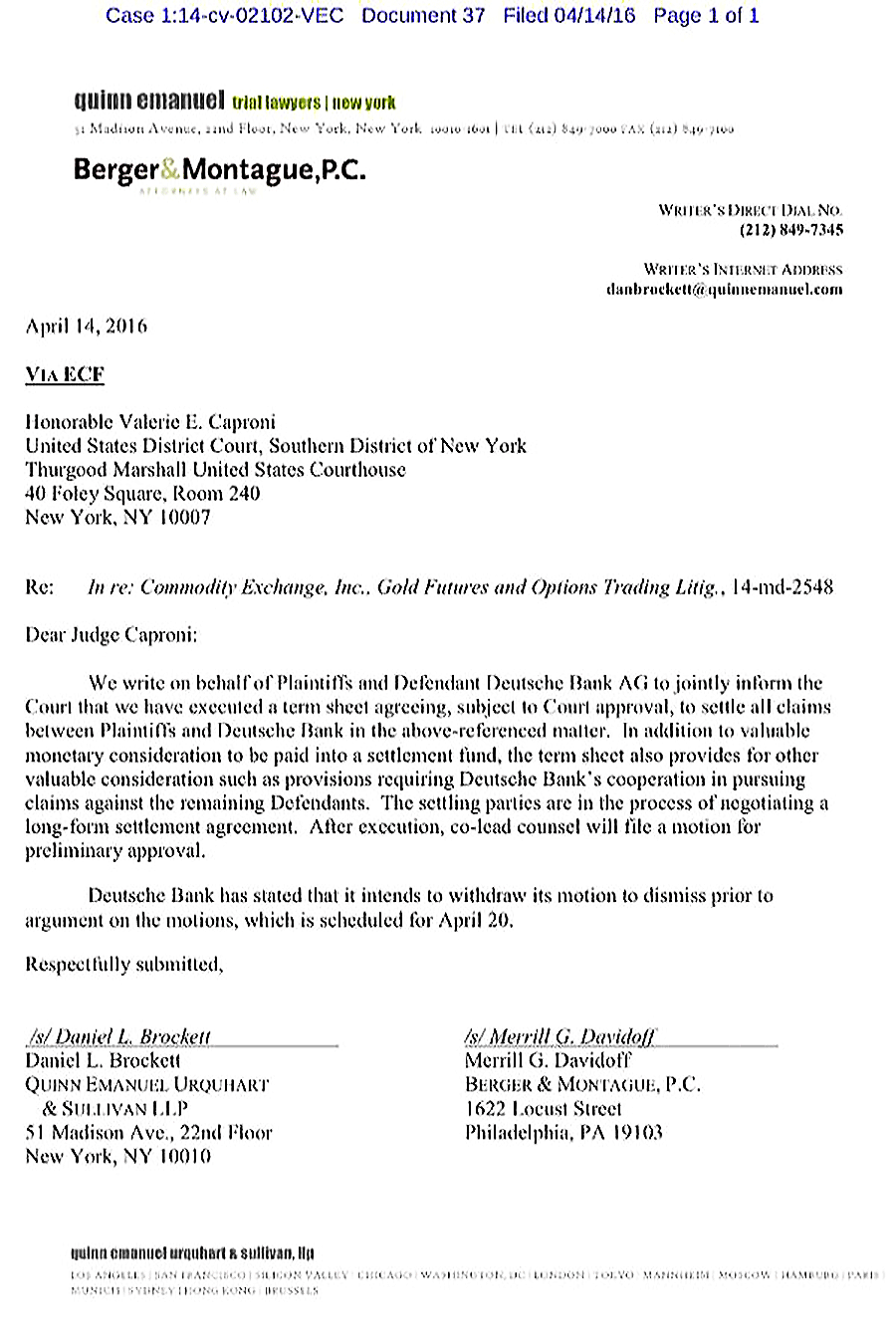 Aside from Silver Fix, it’s been confirmed too that the bank also admitted to gold price fixing along with other players in the precious metals market.
Although this is something we can celebrate on, we have yet to see how the authorities slap the wrists of these shenanigans again, like they did with the Libor Interest rigging scandal.

Nevertheless, the global fight against abuses by Khazarian Banking Mafia will continue until the purging is completed.

In the end, all these people will realize that they are just taking a needless long and winding detour to the best economic system of all, i.e. resource-based economy, where everyone has unrestricted access to every resource for his own growth,
and as a consequence, to our collective development, without the need for destructive competition in favor for constructive cooperation where recognition and honor are its only rewards, aside from having a world of peace and abundance, of course.