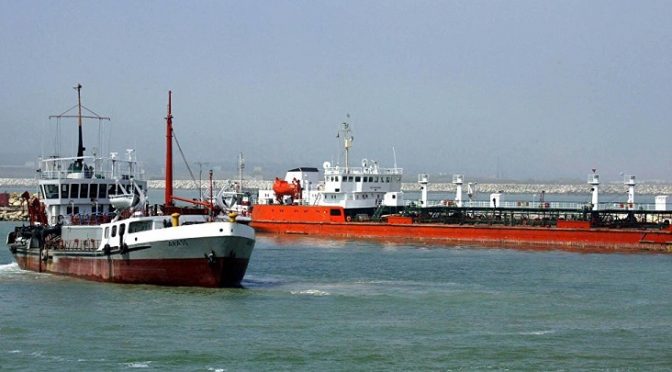 Iranian cooperation with Russia has been a tremendous factor to the success of neutralizing the richest terrorist organization to date, i.e.  the CIA trained and Turk-Saudi financed Islamic State.

However, it was absolutely clear that Russian naval ships were at the mercy of the Turks when it comes to navigational freedom to use the Bosporus Channel.
The Bosporus Channel was a point of a shadow war between the two countries when a Russian cargo ship was confronted by a Turkish submarine.

“There were also exchanges of coast guard bureaucratic red tapes from both countries holding up their commercial ships for days when sanctions were raised against Turkey.

That tension has gone higher today when a Russian soldier was seen holding a rocket launcher when a Russian warship navigated through the Turkish channel.

In addition to that, at least 50 Russian warships are being prepared for possible escalation of war with Turkey.”

Although the safe passage along the strategic channel is guaranteed under a treaty between several nations in the area, they all can’t discount the possibility that such an advantage can be exploited whenever necessary.
The psychological unpredictability of a Hitler fan like Erdogan is not something Putin loves to play with.
In order for Russia to be free from potential Turkish control at Bosporus Channel, representatives from Russia and Iran are now contemplating of building a Suez-like canal through Iranian soil, effectively linking both Caspian Sea and Persian Gulf together.

Moscow and Tehran are holding talks on digging a ship canal from the Caspian Sea to the Persian Gulf, said Iranian Ambassador to Russia Mehdi Sanai, speaking to students in St. Petersburg. Any canal linking the two has to go through Iran.
“Yes, this issue is being discussed”, said the ambassador on Thursday without specifying details, quoted by TASS.
The Caspian Sea is the largest enclosed inland body of water in the world. Its coastline is 7,000 kilometers long and is bordered by Russia, Kazakhstan, Turkmenistan, Iran and Azerbaijan.

Also on Thursday, Russia, Azerbaijan and Iran agreed to speed up the talks on a North-South transport corridor, said Russian Foreign Minister Sergey Lavrov. Part of it will go along the western coast of the Caspian Sea from Russia to Iran through Azerbaijan.
The North-South corridor, when built, is expected to significantly reduce the time of cargo transport from India to Central Asia and Russia. At present, it takes about 40 days to ship goods from Mumbai in India to Moscow. The new route will be able to cut this time to 14 days.
The corridor will also bypass the overloaded and expensive Suez Canal.
https://www.rt.com/business/338901-russia-iran-caspian-canal/
For post-Soviet states, the planned construction of an artificial channel should shorten their passage to the Indian Ocean and towards Southeast Asia. This project will undoubtedly be a critical part of the bigger Chinese initiative Maritime Silk Road.
In addition to this, the legendary covert operative Iranian Major General Qassem Soleimani traveled to Moscow for the long anticipated delivery of S-300 missile shield system and other security cooperation:

“MOSCOW/ANKARA Iranian Major General Qassem Soleimani has flouted an international travel ban and flown to Moscow for talks with Russia’s military and political leadership on Syria and deliveries of Russian missiles, sources said on Friday.

The main purpose of his visit was to discuss new delivery routes for shipments of Russian S-300 surface-to-air missile systems, sources said. Several sources also said Soleimani wanted to talk about how Russia and Iran could help the Syrian government take back full control of the city of Aleppo.

The first delivery of the Russian S-300 surface-to-air missile system has arrived in Iran, the country’s Foreign Ministry has announced.

“We had already announced that despite several changes in the time of delivery, the deal is on its path of implementation and today I should announce that the first part of this equipment has arrived in Iran and delivery of other parts will continue,” Foreign Ministry spokesman Jaberi Ansari told journalists, Mehr news agency reported.

He said the delivery came through the Caspian Sea, which both Iran and Russia border.

To put icing on the cake, and to hammer on the Russian objective of isolating Turkey after it has downed one Sukkot fighter jet last year, Iranian food products will also be hitting Russian  food shelves sometime soon.

MOSCOW (Sputnik) – Levin announced the planning of “green corridors” for agricultural products from Iran in the Republic of Dagestan in March. 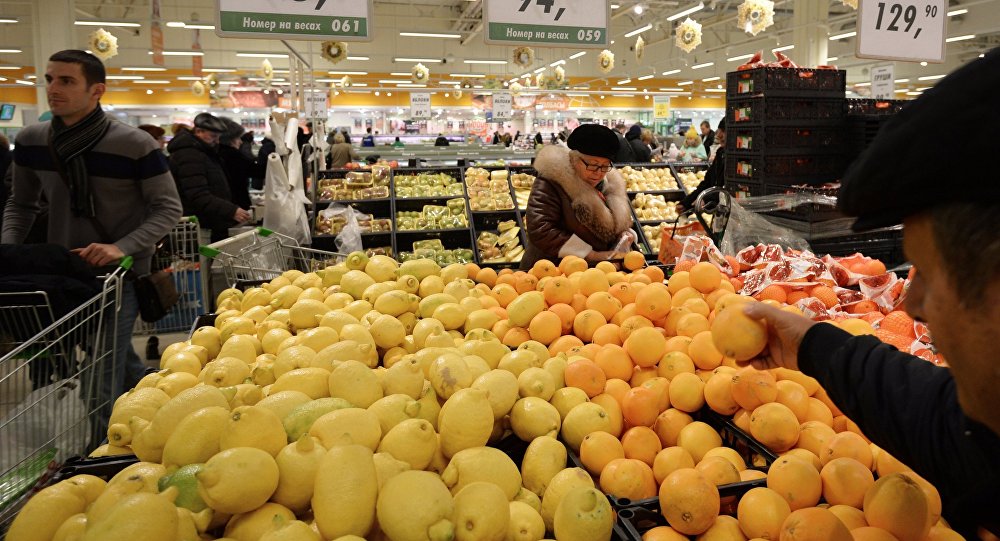 “After the adoption by the Government of Russia of sanctions on the import of agricultural products from the Republic of Turkey, the country’s [Russia’s] Ministry of Agriculture is actively working on the replacement of these products, first of all, by goods from Iran. It is this, in the first place, that the order to create a ‘green corridor’ is linked to,” Levin said as quoted by the press service of the head of Russia’s North Caucasus Republic of Dagestan.

Relations between Moscow and Ankara deteriorated following the downing of a Russian Su-24 attack aircraft over Syria by a Turkish jet on November 24, 2015. In December, Russia introduced a set of economic measures against Turkey in response to the incident.

Sensing that this mammoth project, once completed, could provide a considerable geopolitical advantage for both Russia and Iran, Saudi Arabia is now starting to sow conflict between Russia and Egypt, whose Suez Canal traffic would be greatly affected, at the time when the Egyptians have upgraded the asset with a parallel canal.
Understandably, the Cabalist triumvirate of Saudi, Turkey and Israel is now exploring how they could counteract with the ongoing BRICS geopolitical moves to weaken their control in the Middle East.
Saudi Arabia is enticing Egypt with a bridge crossing the Red Sea.

“The news that a bridge will be built over the Red Sea connecting Saudi Arabia to Egypt and therefore the two continents of Asia and Africa has attracted the attention of many people because it is a historic step with political and economic implications. In the same context of regional relations, the Iranian Minister of Energy announced a project to connect the Caspian Sea to the Arabian Gulf with a water canal.

The difference between the two projects is that the first is realistic whilst the second is fanciful. Linking Saudi Arabia and Egypt geographically is structurally possible, especially after arrangements regarding the islands of Tiran and Al-Sanafir were finalised and they were returned to Saudi Arabia. Digging a canal that is longer than 1,000 kilometres, on the other hand, will encounter great difficulties.”

Opinion: An Iranian Canal From the Caspian Sea to the Gulf

The Saudis are not only belittling the Iranian Canal project with Russia which objectively is a real gamechanger in the region, it continues to deter Iran’s oil industry from fully coming back online post nuclear accord with the US. To counter the growing budget deficit, Saudi will be raising taxes on its people and expats.

“The extra revenues will mainly come from a value-added tax, a tax on expats and a tax on sugary drinks. Incomes, however, would remain untaxed.

The measures were announced amid shrinking oil prices and growing tensions with Iran – Saudi Arabia’s regional rival in oil exports.

Earlier it was reported that Saudi Arabia is currently experiencing the consequences of falling oil prices. The foreign exchange reserves of the Central Bank have further decreased, while the Saudi population has started to spend less money, German newspaper Deutsche Wirtschafts Nachrichten (DWN) reported.”

Just like China which successfully used its population as a potent weapon to suck in Western industries, Saudi Arabia is also using its oil to knock down other oil players around the globe. The only bright side about this is that: all these events facilitate the gradual departure from fossil fuels and petrodollar altogether.

Building infrastructures and sharing agricultural and industrial products together not only foster peaceful economic cooperation, but strengthens the fraternity between peoples even further through cultural exchanges.
While the sworn enemies of humanity could now allow that, they could not stop the global awakening either.