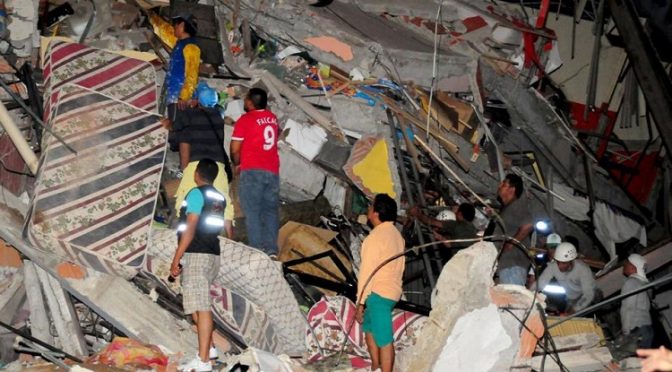 The combined printing of trillions in fiat dollar out of thin air, and owing more money than any nation in history just to finance the insatiable appetite of the military industrial complex instead of
modernizing its basic economic infrastructures and creating new industries, are the prime causes of the ongoing economic collapse in the United States today.

No less than US senator Ron Paul confirmed in the middle of last year that the US economic collapse had already started, indicating that to mitigate the impending collapse then, several state government executives were already contemplating on selling government buildings and renting them afterwards to reduce the cost of sustaining government functions.

Vladimir Putin also traced the root cause of why the United States is experiencing this economic meltdown right now. He blamed US financial experts of constantly denying and postponing the inevitable instead of dealing with the situation early on.
https://www.youtube.com/watch?v=rQOmXNY4tIA
Here’s the long story by CIA’s Financial Threat and Asymmetric Warfare Advisor Jim Rickards about how the imminent $100 trillion dollar collapse needs only a key flash point to explode.
https://www.youtube.com/watch?v=WwsITAA318c
They are taking emergency measures now before a historic economic meltdown strikes – one he, and many of his colleagues at the U.S. Intelligence Community, fear is unavoidable.
If the Khazarians are already having their necks tightly squeezed from all sides, what would they do?
Well, at this point they can still do a lot of things.
They can still arrest people who wants to regain their freedom from UNITED STATES, INC right at its headquarters in Washington, DC.

Those arrested were charged with violating a D.C. statute prohibiting “crowding, obstructing, or incommoding,” which are misdemeanors, said police spokeswoman Eva Malecki.  All of those arrested were Democracy Spring-related participants. Most were processed and released on the scene.

On Emancipation Day in the District of Columbia, Mayor Muriel Bowser called for the nation’s capital to become the 51st state. She proposed that statehood be put on the DC ballot in November, despite the potential for increased tensions with Congress.

“I propose we take another bold step toward democracy in the District of Columbia,” Bowser said Friday morning. “It’s going to require that we send a bold message to the Congress and the rest of the country, that we demand not only a vote in the House of Representatives. We demand two senators ‒ the full rights of citizenship in this great nation.”

… Bowser’s remarks come on the heels of a decision by the city to no longer ask for congressional permission to spend its own money, but instead it will begin spending that money unless federal lawmakers act to stop it, according to the Post.

They can also play their HAARP once again against countries threatening to bolt away from US dollar like Ecuador.

In 2000, Ecuador moved to ditch its stumbling currency for the U.S. dollar. Now more than 15 years later, the South American country is revamping its monetary system again—using digital currencies.

… Claiming that there’s no plausible reason for Ecuador to provide “an exclusive medium for mobile payments,” Lawrence White, a professor of economics at George Mason University, wrote in a recent paper that “it is hard to make any sense of the project other than as fiscal maneuver that paves the way toward official de-dollarization.”

Dollarisation is like “being in a boxing ring wearing a straitjacket”, Mr Correa has complained, and in his book Ecuador: From Banana Republic to No Republic he called it an “economic absurdity”.
So, Ecuador should get this…

Japan continues to trade with China in local currencies, Yuan and Yen, without restrictions. Subjugated Japan must be reminded where in the food chain it belongs with some convincing earthquakes, too, from time to time.

China’s South China Sea fleets have conducted training drills with upgraded methods that resemble actual combat conditions to increase the fleets’ combat effectiveness, according to an article published by the PLA Daily on Sunday.

Begun on April 7, the drills include new methods such as training within an electromagnetic environment. Previously, the fleets have also conducted all-weather drills, beyond visibility range training and low-altitude, high-speed exercises to hammer their pilots into shape, the article said.

“To think about special situations in an even more complex way, to make the enemy situation even more dangerous, to make the battlefield environment even more lifelike, is an important path in order for the navy and air force to stick close to the demands of real combat and accelerate its transformative production model for fighting strength,” division commander Tian Junqing was quoted as saying.

And certainly, not Saudi Arabia, too.

Saudi Arabia has told the Obama administration and members of Congress that it will sell off hundreds of billions of dollars’ worth of American assets held by the kingdom if Congress passes a bill that would allow the Saudi government to be held responsible in American courts for any role in the Sept. 11, 2001, attacks.

The Obama administration has lobbied Congress to block the bill’s passage, according to administration officials and congressional aides from both parties, and the Saudi threats have been the subject of intense discussions in recent weeks between lawmakers and officials from the State Department and the Pentagon. The officials have warned senators of diplomatic and economic fallout from the legislation.

Adel al-Jubeir, the Saudi foreign minister, delivered the kingdom’s message personally last month during a trip to Washington, telling lawmakers that Saudi Arabia would be forced to sell up to $750 billion in treasury securities and other assets in the United States before they could be in danger of being frozen by American courts.

Several outside economists are skeptical that the Saudis will follow through, saying that such a sell-off would be difficult to execute and would end up crippling the kingdom’s economy. But the threat is another sign of the escalating tensions between Saudi Arabia and the United States.

Yeah, the United States has just been blackmailed by Saudi Arabia, in much the same way as Germany and EU at large is being threatened by Erdogan, reaping what they sow in the region.
Taking into consideration that most of these Middlemen are simply agents of the Khazarian Mafia, it’s understandable that their “extend and pretend that nothing bad is happening in the economy” attitude is deliberate and is meant to collapse the whole American economy, so that the long sought Technocratic Dictatorship is completely laid out.
In the end, they have to explain to the people what they’ve done. Oops, ‘don’t think they ever will…