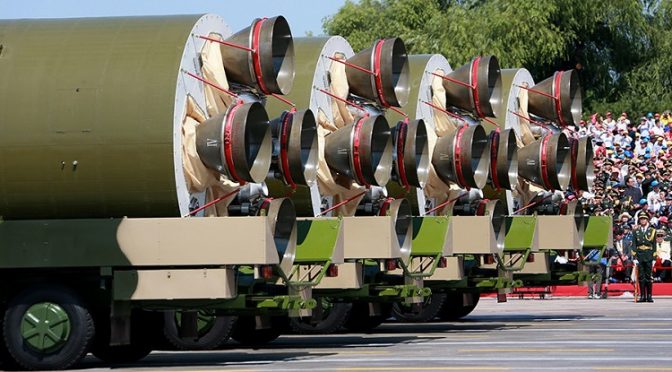 Today, Chinese President Xi Jinping calls for “a joint battle command system that wins war” in response to constant Khazarian instigation for war, capitalist sourgrapers they all are. Dressed in military fatigues, Xi, who is also CMC chairman, called to implement military strategies fit for the new era and focus on studying battle and command tactics.

Xi has pushed a series of reforms in the military since last year aimed at enhancing the leadership of the Party over the military as well as adopting a more efficient commanding system to enhance the troops’ fighting ability.

The reforms include turning the previous seven area commands into five battle zone commands, with each able to command more military resources and services.

The reforms aim at establishing a three-tier “CMC – battle zone commands – troops” command system and an administration system that runs from the CMC through various services to the troops.

Xi on Wednesday also asked officers to change their mindsets in a bid to build a joint battle command system that was “absolutely loyal, resourceful in fighting, efficient in commanding and courageous and capable of winning wars.”

This call is on top of a DF-41 missile test response to an earlier veiled threat, “If there is conflict between China and a military ally of the United States, like Japan, then it is not an exaggeration to say that we are on the threshold of a third world war,” as Soros stated in May 2015.

“Beijing has successfully tested a new long-range ballistic missile capable of engaging any potential target worldwide. The rocket takes just 30 minutes to cover its maximum 12,000km range and can deliver multiple strikes on any nuclear-capable state. 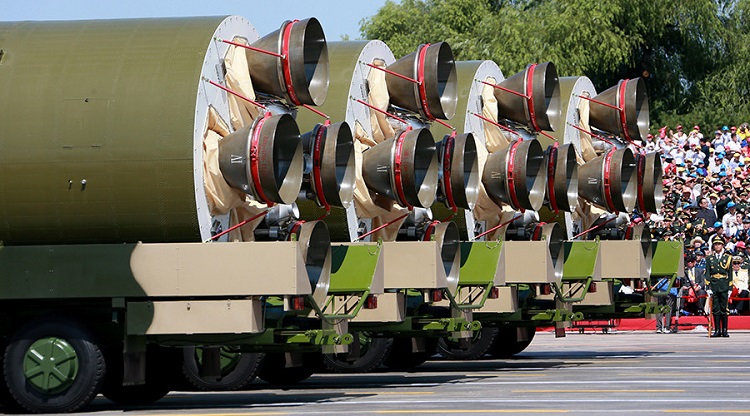 The launch of China’s Dongfeng-41 (East Wind, DF-41) missile was registered by the US satellite tracking system in real time, the Washington Free Beacon reports, although the location of the launch was not immediately revealed. The launch was made from a new road-mobile platform, and is reportedly the seventh test-firing of the DF-41.”

Recall that in August 2014, China had been hit with a tactical nuke right on its economic backbone.

For Rothschild’s mouthpiece Soros having seen his bluff called off recently with China’s announcement of the “Yuan Gold Fix,” and a parallel testing of the world’s longest range MAV missile, he has now chickened out and is resorting to fear mongering. But is there someone that stupid still listening to this rat?

China’s March credit-growth figures should be viewed as a warning sign, Soros said at an Asia Society event in New York on Wednesday. The broadest measure of new credit in the world’s second-biggest economy was 2.34 trillion yuan ($362 billion) last month, far exceeding the median forecast of 1.4 trillion yuan in a Bloomberg survey and signaling the government is prioritizing growth over reining in debt.

What’s happening in China “eerily resembles what happened during the financial crisis in the U.S. in 2007-08, which was similarly fueled by credit growth,” Soros said. “Most of money that banks are supplying is needed to keep bad debts and loss-making enterprises alive.”

A US lender, fully industrialized country with successful space program, and with a gold-backed currency like China is not run by a debt-fueled economy. It is an economy that can sustain by itself without external help, far better than what North Korea is currently doing.
Internationalization based on the notion that foreign investment is a need rather than an option is a fallacy. This can be proven right away by considering a larger picture, i.e. planetary economy, which obviously is standing on itself without the need for interplanetary investments.
China’s Yuan fix on its gold effectively prevents the use of Khazarian fiat dollar inside its asset based economy. They won’t be accepting yuan-dollar and gold-dollar swaps anymore, and the estimated $2 trillion US treasury bonds can be dumped anytime they want, in exchange for more gold, or other hard assets.
Now that the gauntlet is finally thrown on the fiat dollar, US treasurer Jack Lew’s initial reaction is to change the face of the $20 dollar bill, you know as a distraction in conjunction with Soros’ usual fearmongering.

“Harriet Tubman will bump Andrew Jackson from the front of the $20 bill while Alexander Hamilton will stay put on the $10 — a historic move that gives a woman prime placement on U.S. currency and quells a controversy kicked up by Hamilton super-fans.”

Also, false flags are definitely not off the table considering the tight “fixed” race between presidential hopefuls which is bound to usher a new hope for America, just like when Obama was still a senator emerging from obscurity.

“People are pretty much sick and tired of the status quo and they want something completely different,” political activist Kazembe Balagun tells Loud & Clear. “The fact of the matter is that neither of the establishment candidates, Trump or Clinton, offer any real solutions…”