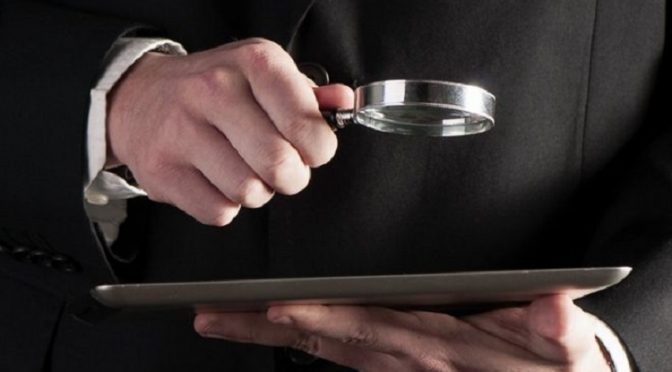 In another example of a broken irrelevant system, the United States Supreme Court just allowed the FBI’s wholesale intrusion into any computers wherever they are on the planet.

This is another step into the full implementation of the Technocratic Dictatorship that the Rockefeller faction is trying to unleash upon the population.
From HackerNews,

The Federal Bureau of Investigation (FBI) can now Hack your computers anywhere, anytime.

The FBI appeared to have been granted powers to hack any computer legally across the country, and perhaps anywhere in the world, with just a single search warrant authorized by any United States judge.

The U.S. Supreme Court approved yesterday a change in Rule 41 of the Federal Rules of Criminal Procedure that would let U.S. judges issue warrants for remote access to electronic devices outside their jurisdiction.

“These amendments will have significant consequences for Americans’ privacy and the scope of the government’s powers to conduct remote surveillance and searches of electronic devices,” Democratic Senator Ron Wyden of Oregon said in a statement Thursday.

“Under the proposed rules, the government would now be able to obtain a single warrant to access and search thousands or millions of computers at once; and the vast majority of the affected computers would belong to the victims, not the perpetrators, of cybercrime.”

If Congress doesn’t act, the changes to the Rule 41 will take immediate effect in December despite opposition from technology giants and civil liberties groups who believes the changes would expand the FBI’s power to conduct mass hacks on computer networks.

The tech giants and civil liberties groups like the American Civil Liberties Union (ACLU) say the change also could run afoul of the American Constitution’s protections against inappropriate searches and seizures.

However, while proposing the rule change in 2014, the U.S. Department of Justice described it as a small modification required to modernize the criminal code for the digital age, saying the changes wouldn’t permit searches that aren’t already legal.

Previously, under the Rule 41, magistrate judges could not approve search warrants to remotely hack or access computers outside their jurisdiction.

But with the rule change, magistrate judges could now issue orders to search or seize computers and electronic devices outside their local authority if the target’s location is unknown or if the target is using anonymity software like TOR.

More than a Million of Internet users make use of TOR anonymity software to browse the Web just to hide their actual identity for entirely legitimate reasons, in addition to criminals who use TOR to hide their locations.

Recently, the court threw out evidence that the FBI brought by hacking the members of the child pornography site PlayPen on the TOR network using its so-called Network Investigative Technique (NIT), explaining the feds violated Rule 41’s territorial restrictions.

This rule change would prevent something like that from happening, opening doors for the FBI to legally hack any computer in any country.

This patch up work will never work, i.e. it will not deter crimes, but will only serve to legitimize government intrusion against peaceful citizens.
The bigger purpose of course is totalitarian control when used in conjunction with financial digitization and the surreptitious micro-chipping.
In line with that, the Tor network is now compromised…

In an investigation conducted by Daily Dot journalists, it turns out that Matthew J. Edman, a former part-time employee of Tor Project, created malware for the Federal Bureau of Investigation (FBI) that has been used by US law enforcement and intelligence agencies in several investigations, including Operation Torpedo.

Matthew Edman is a computer scientist who specializes in cyber security and investigations and joined the Tor Project in 2008 to build and enhance Tor software’s interactions with Vidalia software, cross-platform GUI for controlling Tor.

After 2009, Matthew was hired by a contractor working for defense and intelligence agencies, including the FBI, to develop an anti-Tor malware.