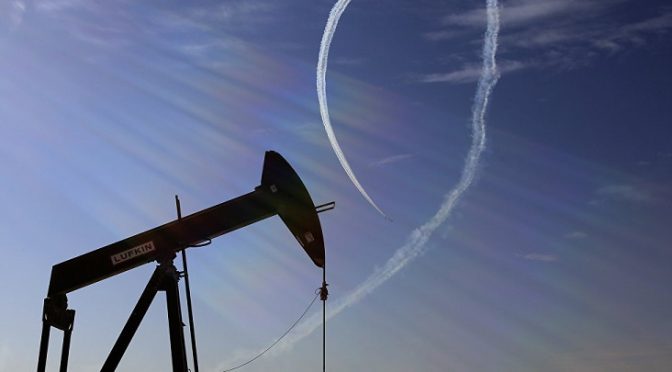 Major turbulence seems to be the name of the game in 2016. Yet the current turbulence may be interpreted as the calm before the next, devastating geopolitical/financial storm. Let’s review the current state of play via the dilemmas afflicting the House of Saud, the EU and BRICS members Russia, Brazil and China.

by Pepe Escobar
Oil and the House of Saud
Not many people are familiar with the Baltic Dry Index. Yet the Index is key to track commodity demand. Two months ago, it was trading to all-time lows. Since then, it has increased over 130%. Precious metals prices have all moved higher in virtually all currencies. Why is this important? Because it tells us that faith in fiat currencies – the US dollar especially — is sharply declining.

The Baltic Index rise portends a rise in oil demand in Asia – especially China. Falling supply and rising demand for oil will likely drive up the price of the barrel of oil in the second half of 2016.

That does not mean that the House of Saud will win back the trust of both the US and Russia. Deep sources keep confirming that as far as Washington and Moscow are concerned, the House of Saud is expendable. Both are really energy independent (should the US want to be). Powerful Washington factions blatantly accuse Riyadh of “terror” – well, it’s way more complicated – while Moscow regards the House of Saud as following US orders to destroy Russia in an oil price war.

Ailing – on the way to dementia — King Salman and young Warrior Prince Mohammed would be finished if those famous 28 pages about 9/11 were released and the Saudi connection is incontrovertible. What next? Regime change. A CIA coup. A “trusted” Saudi military CIA asset elevated to power.
What’s left for the House of Saud is to play for time. High up in Riyadh the feeling is that relations with Washington won’t improve while Obama is president; the next president — whether Hillary or The Donald – will be a much better deal. So Plan A for now is to keep posing as essential to Washington in the “war on terra”; that means King Salman falling back on Mohammed bin Nayef, the Crown Prince, way more adept at it than the Warrior Prince, the conductor of the disastrous war on Yemen.

Moreover, in Pipelineistan terms, Erdogan absolutely also needs the Qatar gas pipeline through Saudi Arabia and Syria to gain energy independence from Russia. That also happens to be a major US goal. And that also portends perennial trouble for the Syria peace process.

Erdogan already has the German superpower at his feet in the shape of a groveling, begging Chancellor Merkel. Were Turkey on its way to become an energy power, Merkel would prostrate herself on that Ankara palace golden ground non-stop. The CIA intimates as much, when it analyzes how Turkey will keep “expanding its influence” in Iraq through the militias they support, at the expense of Iraq’s security and political unity.
Andrew Bacevich’s America’s War for the Greater Middle East examines how Washington ruled that “military preponderance” across the Middle East should be the strategic objective in a war against the USSR — that was when Dr. Zbig “Grand Chessboard” Brzezinski reigned as geopolitical supremo. This was always supposed to be an endless war – now encompassing the “Greater Middle East” the neocons are so fond of.
Russia, Brazil and Hybrid War
Russia’s largest commodity exchange is actively courting international oil traders to join its emerging futures market. The goals are crystal clear; to disconnect the price-setting mechanism from the Brent oil benchmark and, crucially, to move away from the petrodollar. That also happens to be a key condition imposed by Beijing to the House of Saud for continuing to buy their oil.
It’s easy to forget that it was only 20 years ago that Moscow wanted to join the West as Christians, and was treated like trash. Russia was perceived in the Beltway to be weak under Yeltsin, who let in looters who ate up Russia as locusts, collapsing Russia’s GDP by 40% as they drew out natural resources, absconding with at least a trillion US dollars.
Now Exceptionalistan keeps updating every trick in the book to destroy or at least undermine Russia with Maidan in Ukraine, an oil price war, attacks on the ruble, Syrian pipelines. Hybrid, unconventional warfare rules – and these will only get nastier. The BRICS as a whole are under siege. The Brazilian color revolution, set up as a soft regime change process, is just the first stage in a new, sophisticated Hybrid War strategy bound to be studied in academia for decades.

As oil demand soars and supply contracts, Hybrid War practitioners across the spectrum will have to create a recession to keep the chaos going. A possible scenario is to let the embattled Italian banking system go down; that’s the next frontier in the EU.

Walking Dead Europe, meanwhile, subcontracted and/or externalized a policy of refugee repression, thus unleashing the largest mass deportation since WWII, complete with camps financed by EU taxpayers and managed by the Great Democrat Erdogan. The missing link is now in the open; everything is proceeding under control of NATO-linked think tanks.

As appalling as it may be, this is hardly new. It was already inbuilt in agreements that the EU imposes on African nations, “upgrading” their status to border Cerberuses. That’s the key mission of the Frontex agency, which is progressively delocalizing the external borders of the EU – to the east and to the south – to better repel migrants. Not a dot connected to NATO’s neo-imperial wars of choice, of course.

No wonder Noam Chomsky has noted that support for formal democracy in the West is dwindling, because they are not real democracies. All major decisions affecting the EU are taken by unelected eurocrats in Brussels. In a groundbreaking book published in Spain, Mercado-Estado-Carcel en la Democracia Neoliberal Espanola (Anthropos), Daniel Jimenez, doctor in Juridical Sociology at the University of Zaragoza, details how the new institutional local order is about de-democratization, denationalization and dependency; NATO, IMF, World Bank, the Paris club, BCE, the European Commission, the Fed, they are part of a global web of institutions, private but self-described as public or public but managed by private interests (such as the Fed). Michael Hudson, among others, has detailed how the EU never developed sustained mechanisms of transfer of capital from the wealthier economies towards poorer members.
I’m a mess without my China fix
Sophisticated Hybrid War-derived techniques may have been deployed full blast against Russia and Brazil. But against China, everything fizzles.
Exceptionalistan’s spin is that China is not as economically secure as it seems. So global public opinion is bombarded by the usual litany of “convulsions in its financial markets”, “investor risk aversion”, “volatility”, or an inevitable crash.

Nonsense. The leadership in Beijing has its strategic imperatives fully delineated in the latest Five-Year-Plan. It will pump whatever amount of credit into the system whenever it takes. It won’t depreciate the yuan – no matter how loud Washington/New York complain.

A yuan devaluation would sink an array of Chinese firms loaded up on US dollar debt. Moreover, Beijing is tweaking its system, a carefully calibrated transition from an export-driven model to one geared toward consumption by the internal market. A strong yuan preserves the purchasing power of tens of millions of members of the New Chinese Middle Class – all of them upwardly mobile, and all of them asset owners.

According to the US Treasury, only about $1.2 trillion in liquid securities is in Chinese hands. And that will keep diminishing, fast – as China keeps buying gold. And to top it off, China has already turned its economy around. That brings us back to that dramatic increase in the Baltic Index. Oil prices are rising. And China is buying the whole lot.
Beijing is advancing on all fronts; spreading influence/commercial deals all across Eurasia, which the New Silk Roads will shape into a mass emporium; modernizing its military; buying strategic foreign assets; building up global trust in the yuan as a stable reserve currency; allowing Chinese elites to diversify their enormous wealth by buying foreign assets, from vineyards in Bordeaux to the odd football giant, such as AC Milan.
No wonder the astonishing spread of Chinese economic power has left assorted Exceptionalists – from neocons to neoliberalcons — totally deranged. Washington has absolutely nothing to offer to nations across Asia, Africa and Latin America – to the whole Global South for that matter. They have all seen how Beijing is not in the market demanding Mob-style compound interest on sovereign debt; “support” for neo-imperial moves by NATO or the UN; one more extra-territorial hub for the US Empire of Bases; or total domination of their central banks.

On the other hand, they have seen what Washington does offer; endless war; the progressive smashing of the nation state; democracy blasted to smithereens; and technocratic governance by the 0.00001%.

Yet all this is just the calm before the storm. The Empire is already striking back. There’s serious blood on the tracks ahead.
http://sputniknews.com/columnists/20160429/1038822230/saudi-arabia-oil-prices-russia.html