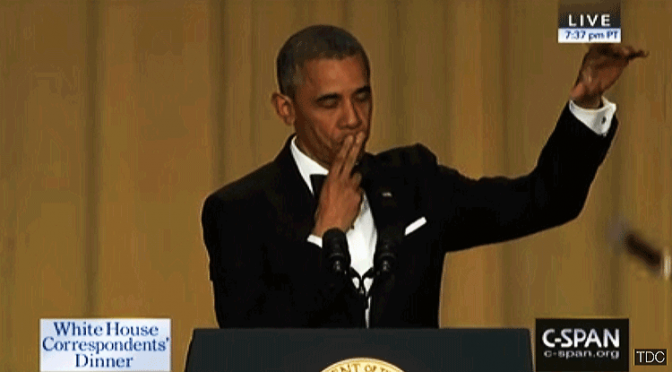 The White House website has been hosting an interesting Executive Order – Facilitation of a Presidential Transition since May 6th. 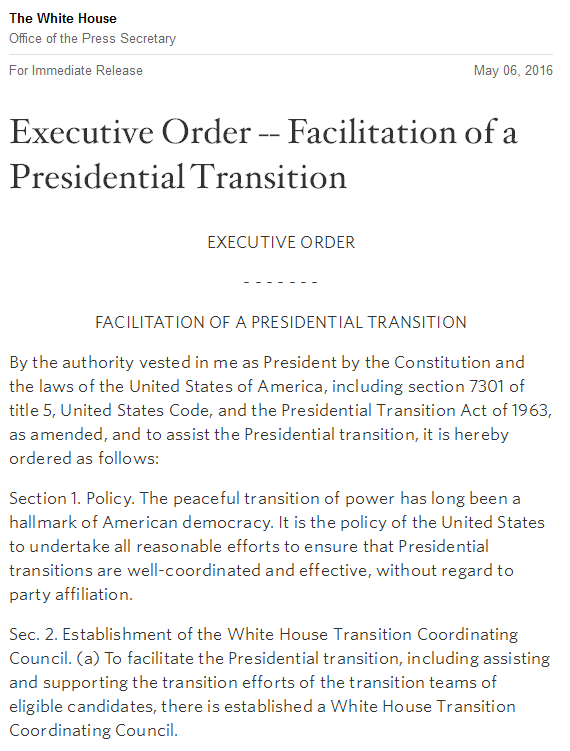 A presidential transition or presidential interregnum refers to the period of time between the end of a presidential election and the inauguration of a new President of a country. During this time the incoming President usually designates new government personnel, including selecting new Cabinet positions and government department or agency heads.

This early publication of the EO is said to provide the mechanism for the transition of power between US, Inc. President Obama to the reconstituted Republic of the united States of America that is said to be under Gen. Joseph Dunford.
Whether the issuance of such an EO can be considered “too early,” or just the normal protocol is also not so clear to us.
Nevertheless, the video below showing Obama saying “Obama Out” is said to confirm this, especially the two fingers on his sealed lips and the raised drop of the microphone at the end of his speech.

Some more proof being offered is that:
“Pentagon sources tell us that the White House was under lock-down April 26 and 27th “as Special Forces led by (General Joseph) Dunford entered via tunnel to demand resignations.” We can confirm there was a lock-down on those days; “officially because of a fence-jumper”.”
http://neilkeenan.com/neil-keenan-update-updated-obama-out-cabal-surrender-currency-revaluation-in-progress/
This stretching of fact is what cast this storyline to doubt.
We are now very skeptical on how these things are developing right now because:

To do this transition to a constitutional republic, if indeed that’s what’s going in the US, in secret leads only to the notion that everything is still the way it used to be.
Secrets always feed the hegemonic and eugenic appetite of the Cabal. In fact, that’s how the Asian Swindle known as Collateral Accounts started in the first place.
In short, we should not be sensitive about any parties asking the normal question about why all this cloak and dagger operations when beaming a strong light about these financial crimes would far better serve the purpose of the people.
Only scammers would want to do otherwise and shut down those people asking for clarifications, i.e. those same people who are the direct victims of the aforesaid crimes.
Of course, if our skepticism is unwarranted then thank you for making this world a better place. As far as we could understand, this is not a contest for credit about who exactly changed this world to be so.
But the Asian experience dealing with the West has been truly one sided, catastrophic and genocidal in several instances until our leaders began to assert our inherent rights to peace and economic freedom.
Again you can take all the credit all you want, if that’s what makes you happy. We just want to have peace, no more foreign interventions, and no more looting of our natural resources by vested interests from the other side of this planet.
As to your transition to a republic once again, congratulations! We hope that you’re not just fooling your own people.