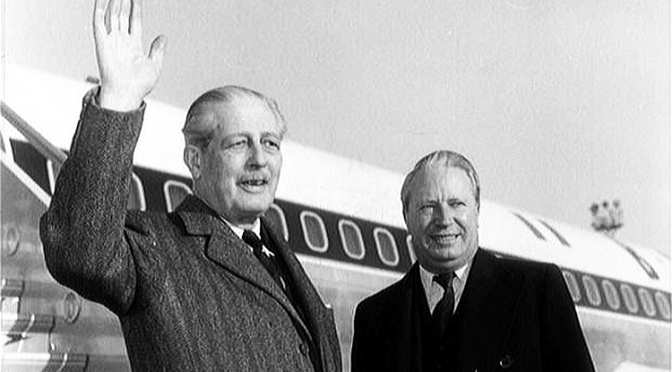 Voters in Britain’s referendum need to understand that the European Union was about building a federal superstate from day one.

By Prof Alan Sked 8:30AM GMT 27 Nov 2015
As the debate over the forthcoming EU referendum gears up, it would be wise perhaps to remember how Britain was led into membership in the first place. It seems to me that most people have little idea why one of the victors of the Second World War should have become almost desperate to join this “club”. That’s a shame, because answering that question is key to understanding why the EU has gone so wrong.
Most students seem to think that Britain was in dire economic straits, and that the European Economic Community – as it was then called – provided an economic engine which could revitalise our economy. Others seem to believe that after the Second World War Britain needed to recast her geopolitical position away from empire, and towards a more realistic one at the heart of Europe. Neither of these arguments, however, makes any sense at all.
The EEC in the 1960s and 1970s was in no position to regenerate anyone’s economy. It spent most of its meagre resources on agriculture and fisheries and had no means or policies to generate economic growth.

“When we entered the EEC our annual growth rate was a record 7.4 per cent. The present Chancellor would die for such figures”

When growth did happen, it did not come from the EU. From Ludwig Erhard’s supply-side reforms in West Germany in 1948 to Thatcher’s privatisation of nationalised industry in the Eighties, European growth came from reforms introduced by individual countries which were were copied elsewhere. EU policy has always been either irrelevant or positively detrimental (as was the case with the euro).
Nor did British growth ever really lag behind Europe’s. Sometimes it surged ahead. In the 1950s Western Europe had a growth rate of 3.5 per cent; in the 1960s, it was 4.5 per cent. But in 1959, when Harold Macmillan took office, the real annual growth rate of British GDP, according to the Office of National Statistics, was almost 6 per cent. It was again almost 6 per cent when de Gaulle vetoed our first application to join the EEC in 1963.
In 1973, when we entered the EEC, our annual national growth rate in real terms was a record 7.4 per cent. The present Chancellor would die for such figures. So the economic basket-case argument doesn’t work.
What about geopolitics? What argument in the cold light of hindsight could have been so compelling as to make us kick our Second-World-War Commonwealth allies in the teeth to join a combination of Belgium, the Netherlands, Luxembourg, France, Germany and Italy?
Four of these countries held no international weight whatsoever. Germany was occupied and divided. France, meanwhile, had lost one colonial war in Vietnam and another in Algeria. De Gaulle had come to power to save the country from civil war. Most realists must surely have regarded these states as a bunch of losers. De Gaulle, himself a supreme realist, pointed out that Britain had democratic political institutions, world trade links, cheap food from the Commonwealth, and was a global power. Why would it want to enter the EEC?
“Harold Macmillan and his closest advisers were part of an intellectual tradition that saw the salvation of the world in some form of world government”
The answer is that Harold Macmillan and his closest advisers were part of an intellectual tradition that saw the salvation of the world in some form of world government based on regional federations. He was also a close acquaintance of Jean Monnet, who believed the same. It was therefore Macmillan who became the representative of the European federalist movement in the British cabinet.
In a speech in the House of Commons he even advocated a European Coal and Steel Community (ECSC) before the real thing had been announced. He later arranged for a Treaty of Association to be signed between the UK and the ECSC, and it was he who ensured that a British representative was sent to the Brussels negotiations following the Messina Conference, which gave birth to the EEC.
In the late 1950s he pushed negotiations concerning a European Free Trade Association towards membership of the EEC. Then, when General de Gaulle began to turn the EEC into a less federalist body, he took the risk of submitting a full British membership application in the hope of frustrating Gaullist ambitions.
His aim, in alliance with US and European proponents of a federalist world order, was to frustrate the emerging Franco-German alliance which was seen as one of French and German nationalism.

Monnet met secretly with Heath and Macmillan on innumerable occasions to facilitate British entry. Indeed, he was informed before the British Parliament of the terms in which the British approach to Europe would be framed.
Despite advice from the Lord Chancellor, Lord Kilmuir, that membership would mean the end of British parliamentary sovereignty, Macmillan deliberately misled the House of Commons — and practically everyone else, from Commonwealth statesmen to cabinet colleagues and the public — that merely minor commercial negotiations were involved. He even tried to deceive de Gaulle that he was an anti-federalist and a close friend who would arrange for France, like Britain, to receive Polaris missiles from the Americans. De Gaulle saw completely through him and vetoed the British bid to enter.
Macmillan left Edward Heath to take matters forward, and Heath, along with Douglas Hurd, arranged — according to the Monnet papers — for the Tory Party to become a (secret) corporate member of Monnet’s Action Committee for a United States of Europe.
According to Monnet’s chief aide and biographer, Francois Duchene, both the Labour and Liberal Parties later did the same. Meanwhile the Earl of Gosford, one of Macmillan’s foreign policy ministers in the House of Lords, actually informed the House that the aim of the government’s foreign policy was world government.

Monnet’s Action Committee was also given financial backing by the CIA and the US State Department. The Anglo-American establishment was now committed to the creation of a federal United States of Europe.
Today, this is still the case. Powerful international lobbies are already at work attempting to prove that any return to democratic self-government on the part of Britain will spell doom. American officials have already been primed to state that such a Britain would be excluded from any free trade deal with the USA and that the world needs the TTIP trade treaty which is predicated on the survival of the EU.
Fortunately, Republican candidates in the USA are becoming Eurosceptics and magazines there like The National Interest are publishing the case for Brexit. The international coalition behind Macmillan and Heath will find things a lot more difficult this time round — especially given the obvious difficulties of the Eurozone, the failure of EU migration policy and the lack of any coherent EU security policy.
Most importantly, having been fooled once, the British public will be much more difficult to fool again.
Alan Sked is the original founder of Ukip and professor of International History at the London School of Economics. He is presently collecting material for a book he hopes to publish on Britain’s experience of the EU
http://www.telegraph.co.uk/news/newstopics/eureferendum/12018877/The-truth-how-a-secretive-elite-created-the-EU-to-build-a-world-government.html