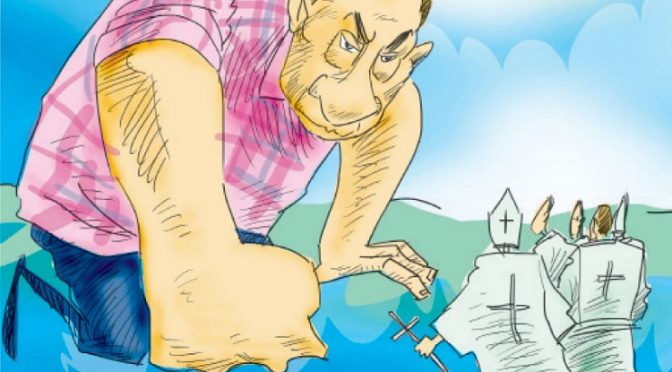 The power of the Vatican in my country is so vast owing from its successful mind control of the 81% Catholic majority, and those huge tracks of lands where their “premiere educational” institutions have stood for centuries.

Since the start of this corporate republic in 1946 and prior, the Jesuits were already keeping tabs on its policies which resulted to abject poverty, homelessness and professional diaspora.
Both the Church hierarchy and the political elite controlling mass media have established a working relationship that has guided the popular thinking since mass media broadcast came into existence, and for over the last 490 years of conquest.

That enormous power is now slowly eroding as president elect Mayor Rodrigo Duterte remains steadfast on his position about the church’s crimes and hypocrisy.
Presidential candidate Duterte earlier countered the Bishops’ pastoral letter by telling all Catholics not to vote for him and prodded the people to listen to their church masters. Said pastoral letter was read in all churches across the archipelago, urging the electorate not the vote for him.
Instead of succumbing to the church’s desire, as all presidentiables have done before him, he invited all Catholics to make the May 9th presidential election a referendum for him and the church.
We now know who won on that one.
But he’s not finished yet, and so are the people.
Lately, somebody released this damning letter of birthday solicitation by a certain Bishop Juan M. Pueblos, and addressed to the now incarcerated ex-president Gloria Arroyo. 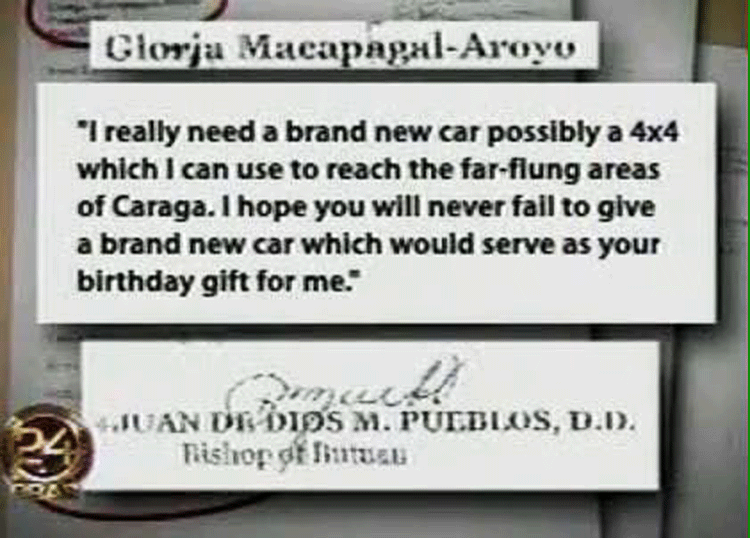 Talk about Church’s infallibility 😉
These truths are now coming out through a mainstream publication here.

PRESIDENT-IN-WAITING Rodrigo Duterte minced no words Sunday when he called the Catholic Church the most hypocritical institution and questioned its relevance to Philippine society at a press conference Sunday.

The long-time mayor of Davao City was clearly smarting from a pastoral letter read during mass all over the country before the May 9 elections urging millions of Catholics not to vote for him.

“They campaigned against me, everybody was saying ‘Do not vote for Duterte.’ Fine. I said, let this election be a referendum between me and the Catholic Church… Look, were you able to stop me?” asked Duterte, who enjoyed a 6.2-million vote lead over his closest rival in the unofficial count, despite the last-ditch Church campaign.

Duterte then tore into the Church for what he called a long history of sins, including bishops who took mistresses, or pressured the government during the Arroyo administration into giving bishops luxury vehicles that they enjoyed, while many poor Filipinos went hungry and had no medicine.

The incoming president is now inviting the Catholic Bishops Conference of the Philippines to a public debate about morality and government policies, to which he reminded the latter that all government affairs is subject to the constitutional separation of the church and the state.

Three days has passed, and no word from the CBCP so far.
This is the first time that the people have expressed in concrete terms their utter disgust over the church’s unspoken crimes since its existence. The voice of the very few alternative bloggers has been heard. We, the “conspiracy theorists,” are now vindicated.
Symbolism or not, we consider the video below as the gradual fall of the church within the next 10 years.

The growing awakening in this part of the world, which is manifested recently by the Duterte “protest vote” against the establishment, certainly adds to the global effort of changing the trajectory by which humanity must proceed onwards.
We as a people are proud of what we have contributed so far.
This perpetual revolution will continue undeterred. 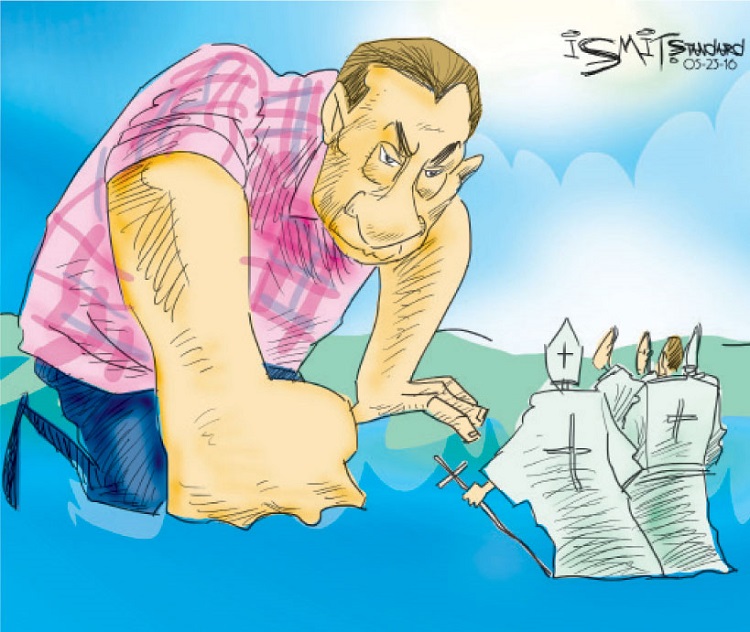 6 thoughts on “Philippine Catholicism Under Threat for the 1st Time in 490 Years!”