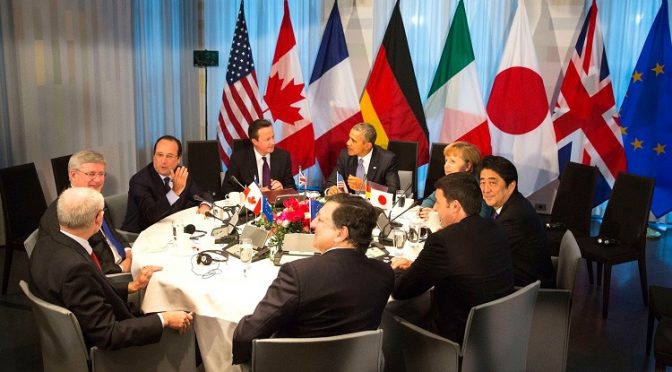 The tension between China and the Philippines was already easing down days prior to the G7 Summit in Japan, when one of the G7 attendees poked at China again.

The Group of Seven needs to take a “clear and tough stance” on China’s controversial maritime claims and the Russian annexation of Crimea, European Council President Donald Tusk said Thursday.

Speaking on the sidelines of a G7 summit in Japan, Tusk warned that the credibility of the club of rich nations was on the line.

“The test of our credibility at the G7 is our ability to defend the common values that we share,” he told reporters.

“This test will only pass if we take a clear and tough stance on every topic of our discussions here… I refer in particular to the issue of maritime security and the South and East China Seas and (the) Russia-Ukraine issue.”

Tusk added: “If we are to defend our common values it is not enough these days to only believe in them. We also have to be ready to protect them.”

One of their highlights was Obama’s hugging of a nuclear bombing survivor without the US formally admitting that the event in 1945 was one of the most heinous crime against humanity because it was done after the Japanese Imperial Forces already sent feelers to surrender.

“The Japanese were ready to surrender and it wasn’t necessary to hit them with that awful thing.

During his [Secretary of War Stimson] recitation of the relevant facts, I had been conscious of a feeling of depression and so I voiced to him my grave misgivings, first on the basis of my belief that Japan was already defeated and that dropping the bomb was completely unnecessary, and secondly because I thought that our country should avoid shocking world opinion by the use of a weapon whose employment was, I thought, no longer 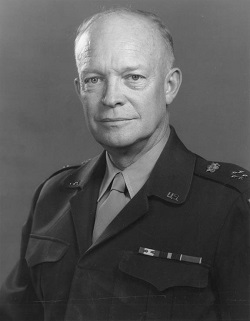 mandatory as a measure to save American lives. It was my belief that Japan was, at that very moment, seeking some way to surrender with a minimum loss of ‘face’.

The Secretary was deeply perturbed by my attitude….” [here]

Contrary to Western WW2 propaganda, the A-bomb didn’t beat Japan, but Stalin did. It was the 1.6 million Soviet troops that launched a surprise attack on the Japanese army occupying eastern Asia which crushed the million-man army of Emperor Hirohito leading to Japan’s surrender in 1945.
The A-bomb served only to eclipse the decisive contribution of the Russians, i.e. expending 30 million lives, to the Nazi’s defeat, both in the Far East and in European theaters.
This short look at our history serves as a constant reminder for us here in Southeast Asia where the United States is exerting too much pressure when there’s no need to be. That we don’t need any armed intervention, nor verbal instigation to achieve peace in the region.
Peace obtained by a superior force is only temporary, but sharing of resources and cultural exchanges foster closer understanding between peoples of different ethnic backgrounds.
As recently as 2 months ago, our fishermen were blocked from accessing the Spratlys by Chinese Coast Guard, while USS Stennis Strike Group, conducting regular “freedom of navigation,” was nearby.
But only 3 days ago, the Chinese government is already giving in to Duterte’s campaign commitment to ask China not to interfere with our fishermen’s access to our historical fishing grounds in the Spratlys.

Duterte is yet to assume the presidency on June 30th, and change is already happening, e.g. police drug busts already destroyed millions worth of methampethamine.
Mind numbing drugs are, of course, one of those effective weapons being used to destroy a country. Although the process of internal cleansing is painful for the nation, the incoming Duterte administration possess both the political will and overwhelming mandate to correct the dire situation we are in.
These positive gestures were achieved with no one raising the voice from each side. This has been the Oriental culture for thousands of years where national borders were still non-existent.
The G7 Summit may have talked about pumping the global economy with whatever schemes they could think of, i.e. they have tried and failed with negative interest already, and they are also exploring the full digitization of the fiat currency as the next big thing. Yet it is very evident that they’re only after how they could continue with their isolating China and Russia rhetoric again, as if these two military giants will allow hegemonic tendencies to reign again.
The world is much wiser now, and the BRICS are responding rather progressively.

Beijing has responded to the G7’s attempt to confront China over the South China Sea dispute, by sharing its plans to turn the islands into a tourist resort similar to the Maldives.

Chinese officials have announced plans to turn the Spratly Islands in the South China Sea into a tourist resort, China Daily reported on Friday.

With more than a thousand US military bases surrounding the non conformists, the war they claimed to have ended with a big bang, did not end in 1945.

When the US dropped the nukes on Japan it was not only to eclipse Russia’s major contribution to world peace, but to start a Cold War with her, just as it is now being instigated against the BRICS in the West Philippine Sea, and elsewhere.