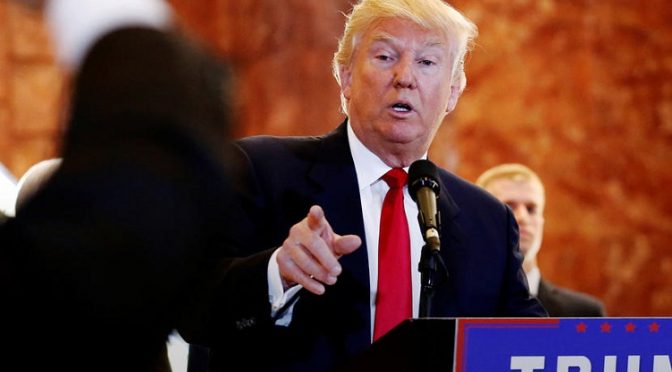 America is in a great crossroad. She knows that something is fundamentally wrong within her, and not correcting it soon spells great irreparable disaster for decades to come.

Yet, the best they could do right now is to limit their choices on the Two Towers of American establishment politics, i.e. Democrats and Republicans, two political parties that have nothing to do with real democracy and the long lost republic, but only for the preservation of the Empire.

For centuries, the illusion of choice is what keeps them in power. Somehow, the intellectuals in the American society know this and recently, only 6% trust American media, and yet most of them still believe that Bernie is better than Hillary, and Donald is very interesting, too.

Only a few are willing to entertain the idea that the solution could perhaps come from outside the Two Towers.

The logic being that the Green Party is a long shot, i.e. a weak party, it can’t possibly win an election, certainly not this time. Unfortunately for America, that notion is self-fulfilling.

If Sanders and Trump are indeed anti-establishment, why are both of them enjoying full media coverage, and not the independent Green Party candidate Dr. Jill Stein?

In 2014, the US population reached 318.9 million and to think that US could not produce a better presidential candidate than a Bernie, Hillary and a Donald, is certainly preposterous.

The euphoric Obama rise to power kind of hard to forget. Making America great again requires more than just a slogan and a poster boy. It requires read hard work and sacrifices.
So, when we read about war veterans accepting Trump checks instead of going after the Bushes, Clintons and the Rockefellers who literally made them, i.e. American “heroes.” mere cannon fodders of the Rothschild dynasty for decades, we begin to question, is America really capable of changing for the better?

To compare, there’s only 101 million breathing souls in the Philippines and yet we were able to produce one that could be a huge equalizer against the establishment — the full gamut of it, i.e. political elite, the Catholic Church and the broadcast media.

When Duterte mentioned lack of money as one of the reasons why he wasn’t running for the highest office, the people themselves started chipping in, not always with money, but with their own talents and the full utilization of the social media.

What we’re saying here is that, those tools that could help make change happen already exist in America right now but the logic of limiting the choices to the Two Towers is highly questionable.

America doesn’t need a leader who still think Iran is an enemy. Nobody from the East wants war with anybody around the world. So, why can’t America choose a leader that advocates green industry rather than divisive geopolitics?

We strongly believe that Bernie Sanders is just a controlled opposition, Hillary Clinton is worse than the Bushes, and Donald Trump is at best a lazy American solution,

… considering the fact that the problem is beyond “Islamic extremists” and “Mexican rapists.” They are not even the real problem objectively, but just the latest bogeyman.

If we can do it here in the Philippines, certainly America can do it better.

7 thoughts on “Is Donald Trump the Best America Could Come Up With?”