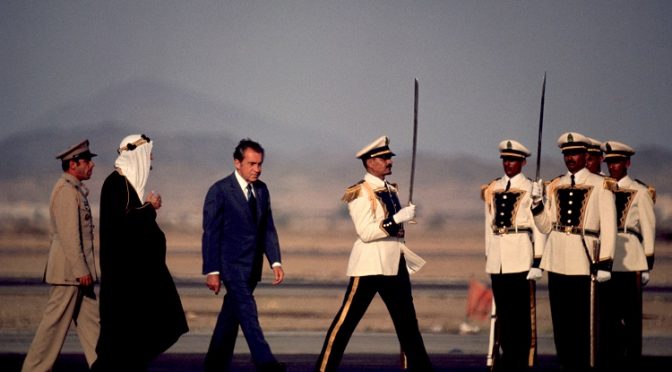 superimposing this one with the Erdogan expose on Angela Hitler, that should give us an idea on how deep the ongoing internal rift within the Cabal has already gone.

However, this latest action by the Bilderbergers within Bloomberg Media should not be construed as something altruistic, since this is just part of the developing story that started with the passage of the bill allowing the WTC 911 victims’ family to sue another state, more specifically, Saudi Arabia.

This latest mainstream media revelation is a prelude to voiding Saudi Arabia’s US treasury bonds claim just like they attempted to void the redemption claims of Asian Global Collateral Accounts holders of 1934 US treasury bonds and gold certificates.

Among the oil exporters, Saudi Arabia is holding the most in US treasuries, 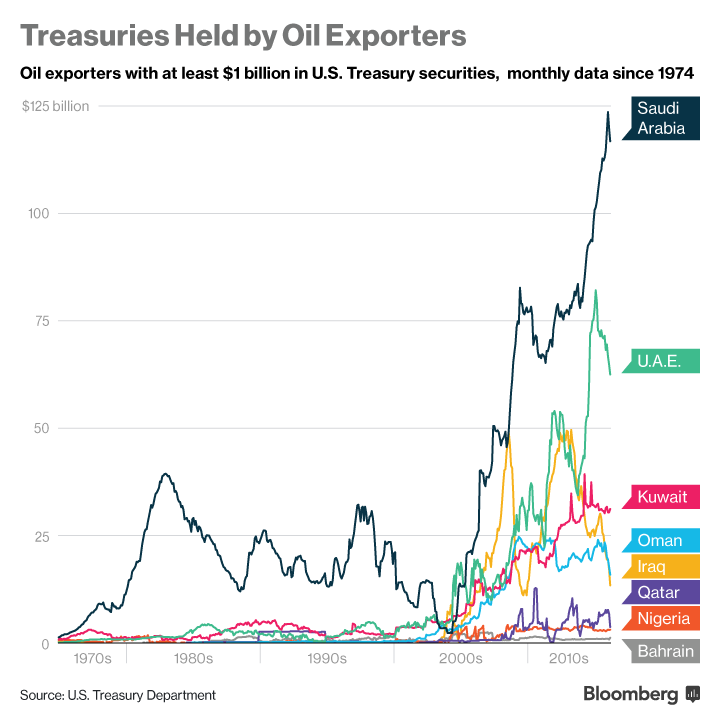 As a consequence of the passing of the bill allowing citizens to file lawsuits against the House of Saud in relation to the WTC 911 false flag, Saudi Arabian media published an article reminding the world how exceptionalist United States is screwing everyone just so it gets what it wants.

Now, the US side has responded with a story going back to 1974, when we were lining up to the gas stations just to get our fill of the Middle Eastern oil… 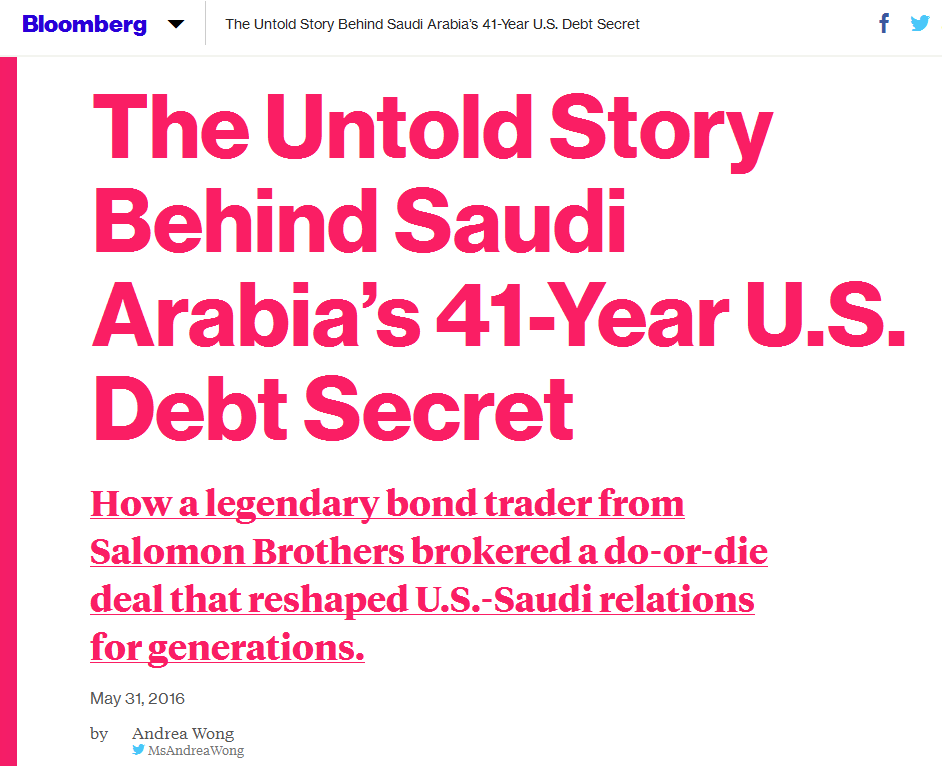 “It was July 1974. A steady predawn drizzle had given way to overcast skies when William Simon, newly appointed U.S. Treasury secretary, and his deputy, Gerry Parsky, stepped onto an 8 a.m. flight from Andrews Air Force Base. On board, the mood was tense. That year, the oil crisis had hit home. An embargo by OPEC’s Arab nations—payback for U.S. military aid to the Israelis during the Yom Kippur War—quadrupled oil prices. Inflation soared, the stock market crashed, and the U.S. economy was in a tailspin.

Officially, Simon’s two-week trip was billed as a tour of economic diplomacy across Europe and the Middle East, full of the customary meet-and-greets and evening banquets. But the real mission, kept in strict confidence within President Richard Nixon’s inner circle, would take place during a four-day layover in the coastal city of Jeddah, Saudi Arabia.

The goal: neutralize crude oil as an economic weapon and find a way to persuade a hostile kingdom to finance America’s widening deficit with its newfound petrodollar wealth. And according to Parsky, Nixon made clear there was simply no coming back empty-handed. Failure would not only jeopardize America’s financial health but could also give the Soviet Union an opening to make further inroads into the Arab world.

.. But Simon, better than anyone else, understood the appeal of U.S. government debt and how to sell the Saudis on the idea that America was the safest place to park their petrodollars. With that knowledge, the administration hatched an unprecedented do-or-die plan that would come to influence just about every aspect of U.S.-Saudi relations over the next four decades (Simon died in 2000 at the age of 72).

The basic framework was strikingly simple. The U.S. would buy oil from Saudi Arabia and provide the kingdom military aid and equipment. In return, the Saudis would plow billions of their petrodollar revenue back into Treasuries and finance America’s spending.”

And thus the US petrodollar was born, and the gold backed greenback was dead… again.

The same simple formula was being used in more countries since then including the two-some Japan and the Philippines, i.e. Japan would become the industrial hub churning out high quality industrial products at very low prices, while the Philippines supply the raw materials to Japan, e.g. iron ore, wood, copper, gold, etc.

In short, the East has been subsidizing the meteoric rise of the Western economy at large and fattening the deep pockets of the owners of Dutch Petroleum, British Petroleum and Standard Oil, simultaneously with the their allied military industrial complex, for decades.

Seeing how the West blew out its chance of creating a world of prosperity and abundance for all, and instead misused its knowledge of science for plunging the world in a constant state of war, the higly marginalized Eastern economies decided to form an alliance that would neutralize the growing forces of Evil, and it took a master stroke how China was able to wrestle that economic hegemony out of the West with the simple use of its billion strong labor force, a classic use of Oriental wisdom, i.e. the use of the aggressor’s force against itself, or the Western capitalists’ appetite for cheap labor against their own economic empire.

This has been going on in the 90s while Russia, later on, was covertly restoring its patriotic military industrial complex.

Now, the West is trying to salvage its own geopolitical and market reputation by mudslinging on its former allies, and instigating a new cold war with Russia and China to keep the masses out of the Temple.

But the tide has turned so gravely for them that they need letting some Temple Secrets out in the open in the hope that they could save their own skin. They are now invoking what is known as the “Samson Option,” and this could get uglier by the day.

It is now up to the people of the United States to seize the opportunity, and seek accountability and justice from the likes of Henry Kissinger, the Bushes, Clintons and the Rockefellers, for all the crimes they’ve committed domestically and have done around the world.

It is now time to stop playing the game of musical chairs in Washington DC which keep Americans from achieving the dreams of their Founding Fathers, i.e. the establishment of a Free World, where All Men are Equal and free in their pursuit for prosperity and happiness.

The reign of US petrodollar is almost over. Now, the rebuilding of the planet must start.