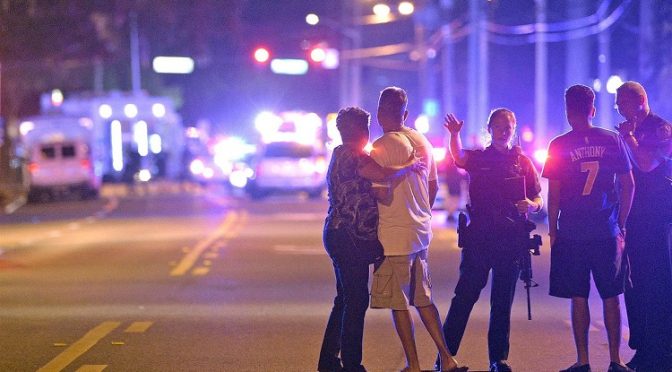 Barely days ago, all the mainstream media are proclaiming their darling to have won the Super Delegates’ approval of Hillary Clinton as the Democrat presidential nominee against Donald Trump.
They did this preemptive proclamation even if the California primary was marred with fraud and protests.

What kind of democracy is it when 2.5 million votes are not counted?
“Polls showed Californians ‘Feeling the Bern,’ shortly before the state’s June 7 primary. Bernie Sanders had pulled even or surged slightly ahead of Hillary Clinton in the Democratic presidential race after barnstorming from Chico to Chula Vista.
But early results on Election Day showed Clinton crushing Sanders by more than 20 percentage points. That gap closed steadily as officials tallied more votes (to 12.6 points as of midafternoon June 10, 2016), but remained large enough for media outlets and professional pollsters to declare Clinton the winner.
Still, there are those who point to millions of uncounted ballots in the state, and say Sanders was robbed. Justice Gazette, a group that describes itself as a counter to traditional media, is one of them.
“Bernie Sanders Wins California Landslide But ⅔ of his Votes Aren’t Counted,” the Justice Gazette wrote in an eye-popping headline on June 7.
The article added: “In view of the information from polling place workers about Sanders winning by more than a 2 to 1 margin and in view of the removal of 2/3 or more of his votes from the official results, the Justice Gazette declares Bernie Sanders the landslide winner of the 2016 California Primary Election.” The Gazette article has been shared widely on Facebook and shows up prominently on web searches about Bernie Sanders and the California primary.”
http://www.politifact.com/california/statements/2016/jun/10/blog-posting/pants-fire-viral-rumor-bernie-sanders-won-californ/
Now, to mask that noise, another mass shootings must hug the headlines. 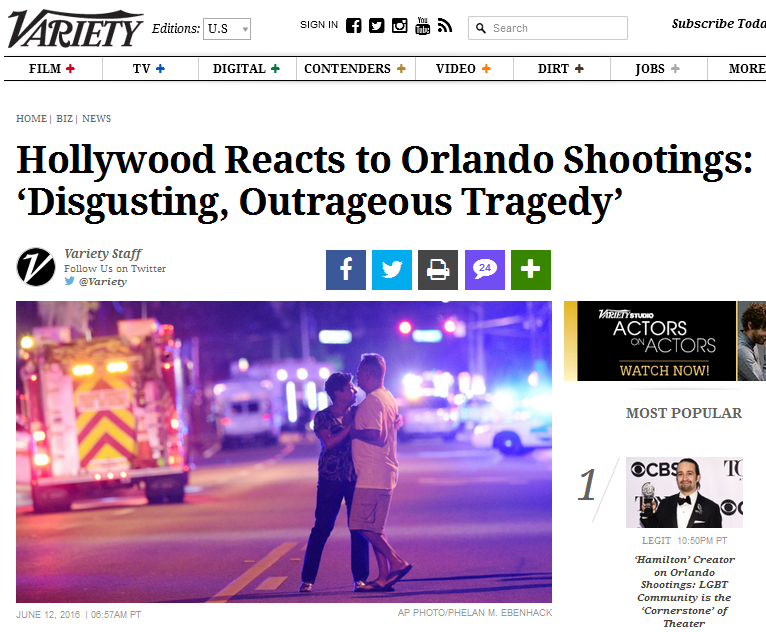 Prayers and thoughts to our brothers and sisters. RT @huffpostqueer: 50 casualties in Orlando LGBT nightclub shooting

Very difficult to work this morning. My heart, my soul and my anger are in #Orlando.

My heart goes out to all those affected by this terrible tragedy in Orlando. There are no words. Sending love and prayers.

Waking up to this horrifying and heartbreaking news. I don't know what to say anymore. #PrayForHumanity #Orlando ❤️💛💚💙💜

Just now catching up on the tragedy in Orlando… Sickening. Praying.

Woke up to hear the devastating news from FL. As we wait for more information, my thoughts are with those affected by this horrific act. -H

Horrified by the mass shooting in Orlando. When will we do something to prevent these killing sprees?

I am sickened to awake to the horrific news out of #Orlando. Smiling, happy, dancing people gunned down for no reason. Hug your friends. ❤️🌈

Hollywood Reacts to Orlando Shootings: ‘Disgusting, Outrageous Tragedy’
Obviously, this is just part of the continuing Occupation of the American Mind, i.e. the constant repetition and bombardment of lies to colonize the mind through information overloading.
“…Michael German, a former F.B.I. agent who researches national security law at New York University’s Brennan Center for Justice, told the Times, ‘They’re [the FBI] manufacturing terrorism cases.'”  (The New Yorker, June 10, 2016, “Do FBI Stings help fight against ISIS?” by Evan Osnos)
The website Cryptogon has pieced together some interesting facts, and a quite odd “coincidence.”  I’m bolstering their work.
First of all, the Orlando shooter, Omar Mateen, changed his name in 2006.  As NBC News notes: “Records also show that he had filed a petition for a name change in 2006 from Omar Mir Seddique to Omar Mir Seddique Mateen.”
Why is that important?  Why is his original last name, Seddique, also spelled Siddiqui, significant?  Because of a previous terrorism case in Florida, in which the FBI informant’s name was Siddiqui.  And because that previous case may have been one of those FBI prop-jobs, where the informant was used to falsely accuse a suspect of a terrorist act.  The New Yorker (cited above) has details:
“This is not the first time that the F.B.I. has attracted criticism from national-security experts and civil-liberties groups for generating terrorism cases through sting operations and confidential informants. In ‘The Imam’s Curse,’ published in September, I reported on a Florida family that was accused of providing ‘material support’ to terrorists. In that case, a father, Hafiz Khan, and two of his sons were arrested. The charges against the sons were eventually dropped, but Hafiz Khan was convicted and sentenced to twenty-five years in prison. At Khan’s trial, his lawyer, Khurrum Wahid, questioned the reliability of the key [FBI] informant in the case, David Mahmood Siddiqui. Wahid accused Siddiqui, who’d had periods of unemployment, of lying to authorities because his work as a confidential informant was lucrative. For his role in the case, Siddiqui had received a hundred and twenty-six thousand dollars, plus expenses. But in a subsequent interview with the Associated Press, Siddiqui stood by his testimony and motives: ‘I did it for the love of my country, not for money.'”
The website Cryptogon, which pieced this whole story together, comments: “What are the odds that an FBI informant in a [previous] Florida terrorist case shares the same last name as the perpetrator of the worst mass shooting in U.S. history—also in Florida—[Omar Mateen] a lone wolf cop poser with multiple acknowledged contacts with the FBI, who was formerly listed on the terrorist watch list and associated with a suicide bomber… while holding a valid security guard license?”
Indeed.
And in case you think Siddiqui is a common last name, here is a statement from Mooseroots:
“Siddiqui is an uncommon surname in the United States. When the United States Census was taken in 2000, there were about 4,994 individuals with the last name “Siddiqui,” ranking it number 6,281 for all surnames. Historically, the name has been most prevalent in the Southwest, though the name is actually most common in Hawaii. Siddiqui is least common in the southeastern states.”
If for some reason the name Siddiqui throws you off, suppose the last name was, let me make something up, Graposco?  A few years ago, an FBI informant in Florida, Graposco, appeared to have falsely accused a man of terrorist acts—and in 2016, another Graposco, who changed that last name to something else, killed 50 people in a Florida nightclub shooting—after having been investigated twice by the FBI?  Might that coincidence grab your attention?
Again—the 2016 Orlando shooter had extensive contact with the FBI in 2013 and 2014.  The FBI investigated him twice and dropped the investigations.  The FBI used an informant in a previous Florida case, and that informant had the same last name as the Orlando shooter.  It’s quite possible the previous informant was told to give a false statement which incriminated a man for terrorist acts.
You can say this is a coincidence.  Maybe it is.  But it seems more than odd.  Are the two Siddiqui men connected?
Was the Orlando shooter involved in some kind of FBI plan to mount a terror op that was supposed to be stopped before it went ahead, but wasn’t?  Was the Orlando shooter “helped” over the edge from having “radical ideas” to committing mass murder?
I could cite a number of precedents…
continue reading » https://jonrappoport.wordpress.com/2016/06/13/orlando-shooter-deeper-hidden-ties-to-the-fbi/