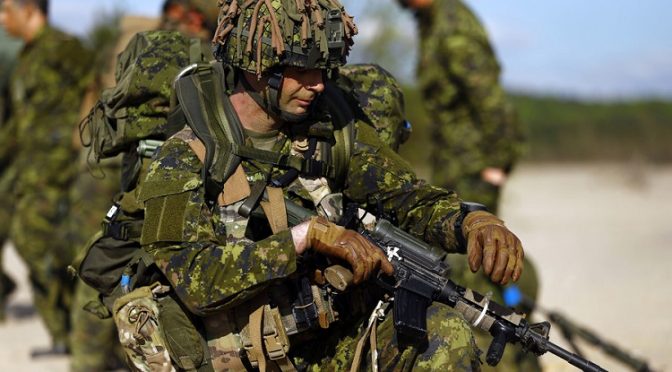 Justin Pierre James Trudeau is now showing his true Cabalist color by sending a thousand of his troops close to the border of Russia, still justifying with the same worn out and stupid excuse known as the Annexation of Crimea.

This decision comes at the time when Wikileaks has proven yet again that NATO exercises are meant to provoke Russia into firing the first kinetic WW3 shot against Nazionists beyond its borders.

Retired U.S. Air Force Gen. Philip Breedlove, until recently the supreme commander of NATO forces in Europe, plotted in private to overcome President Barack Obama’s reluctance to escalate military tensions with Russia over the war in Ukraine in 2014, according to apparently hacked emails from Breedlove’s Gmail account that were posted on a new website called DC Leaks.

In a series of messages in 2014, Breedlove sought meetings with former Secretary of State Colin Powell, asking for advice on how to pressure the Obama administration to take a more aggressive posture toward Russia.

“I may be wrong, … but I do not see this WH really ‘engaged’ by working with Europe/NATO. Frankly I think we are a ‘worry,’ … ie a threat to get the nation drug into a conflict,” Breedlove wrote in an email to Powell, who responded by accepting an invitation to meet and discuss the dilemma. “I seek your counsel on two fronts,” Breedlove continued, “how to frame this opportunity in a time where all eyes are on ISIL all the time, … and two, … how to work this personally with the POTUS.”

“I think POTUS sees us as a threat that must be minimized, … ie do not get me into a war????” Breedlove wrote in an email to Harlan Ullman, senior adviser to the Atlantic Council, describing his ongoing attempt to get Powell to help him influence Obama.

“Given Obama’s instruction to you not to start a war, this may be a tough sell,” Ullman replied a few months later, in another string of emails about Breedlove’s effort to “leverage, cajole, convince or coerce the U.S. to react” to Russia.

Breedlove did not respond to a request for comment. He stepped down from his NATO leadership position in May and retired from service on Friday, July 1. Breedlove was a four-star Air Force general and served as the 17th Supreme Allied Commander of NATO forces in Europe starting on May 10, 2013.

With prior knowledge that NATO was just and still is engaged in a warmongering stance against Russia, why would a prime minister who promoted himself as a strong advocate for peace through the Trudeau Centre for Peace in the Munk School of Global Affairs, comply the NATO’s invitation for war?

“The program provides undergraduates with an interdisciplinary education covering three central pillars: the meanings and causes of peace, conflict and justice; the lived experiences of living in the context of conflict and struggles for peace and justice; and approaches to resolving conflict and producing peace and/or justice. The topics of study are wide-ranging, including the study of peacemaking and peace-building, interstate war and intrastate conflicts, insurgencies, revolutions and rebellions, ethnic strife, global justice, and negotiation theory.

Scholars associated with the Centre work within and beyond the traditional purview of international affairs, studying interstate war as well as major conflict inside countries, including revolution, insurgency, ethnic strife, guerrilla war, terrorism, and genocide. They seek to identify the deep causes of this strife—from poverty, resource scarcity, and weapons proliferation to competing claims for justice and failures of foreign-policy decision making.”

What this proves is that all of these positive sounding institutions are not really what they claimed them to be, but rather just mere instruments for promoting false credibility that is constantly being used to fool even those highly literate societies like Canada.
Trudeau’s rise to power can be likened to that of Obama who captured the world’s imagination as someone who can be an antidote to the war hawks of the West.
We have been fooled yet again.

With US, UK and Germany, Canada will lead a high-readiness brigade of Nato’s enhanced presence in Europe
Canada will deploy 1,000 soldiers in Latvia to one of four battalions NATO is assembling in eastern Europe in response to Russia’s annexation of Crimea, Canadian media reported Thursday.
Along with the US, Britain and Germany, Canada “will establish and lead” a high-readiness brigade that will “contribute to NATO’s enhanced forward presence in Eastern and Central Europe,” the defense ministry said in a statement, adding that more details would be provided at a Nato summit in Poland next month.
Twitter post labeling ‘Russia’ and ‘Not Russia’ pokes fun at claims that Moscow’s troops did not realise they had entered Ukraine, but forgets to mark Kaliningrad
“As a responsible partner in the world, Canada stands side by side with its Nato allies working to deter aggression and assure peace and stability in Europe,” defense minister Harjit Sajjan said in a statement.
The announcement comes a day after the US president, Barack Obama, challenged Canada to do more to support NATO during a speech in the Canadian parliament.
The alliance is embarking on a military buildup on its members’ eastern flank unprecedented since the end of the Cold War.
The Canadian troops will join a total of 4,000 soldiers NATO is deploying to the Baltic states and Poland to help deter the Kremlin’s threat after its actions in Crimea and its stoking of military conflict in eastern Ukraine.
The deployment, to be completed by next year, is expected to be confirmed during next month’s summit in Warsaw.
NATO’s ground forces commander, US General Ben Hodges, raised concerns last week over the alliance’s vulnerability in the region, saying it would currently be unable to defend the Baltic states in the event of a Russian invasion.
https://www.theguardian.com/world/2016/jul/01/canada-to-send-1000-soldiers-to-boost-nato-presence-on-russia-border
This is why Vladimir Putin is warning everyone involve in this senseless march to war by emphasizing that Russia is more than ready to repel and destroy the enemy with all they have in their arsenal.

Still, most Americans are just watching how a Hillary Clinton is trampling on all democratic procedures right in their faces.
Still, most Americans are just watching how the military industrial complex, through their agents in Washington, is trying to start another war from far off lands that they might not be able to control later on.
Whatever happened to that highly fabled American Dream…. and what was it really that’s being celebrated hours ago? 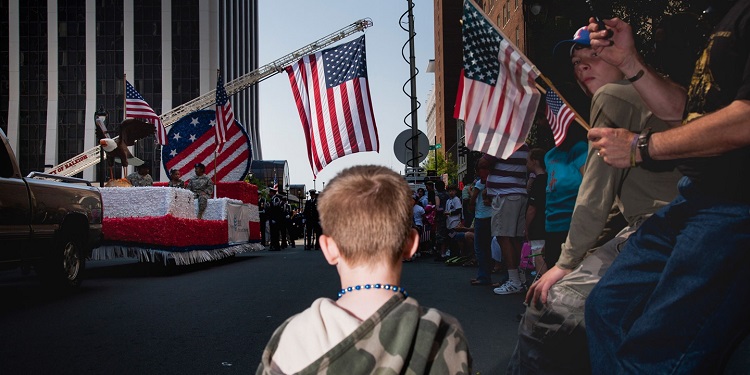