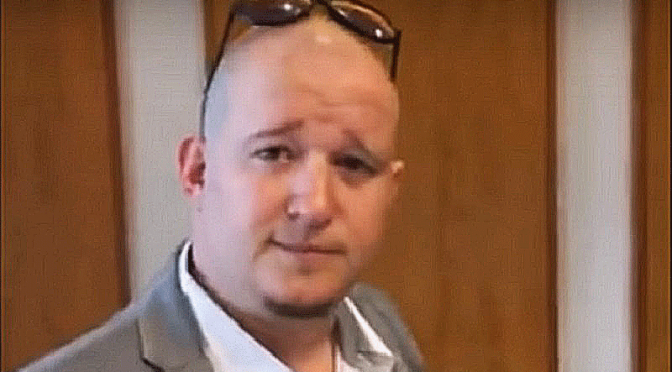 The Clintons can’t claim innocence from this recent “mysterious death” of someone intruding into their business.
Nor, will they be able to escape from full public accountability of their past crimes involving murder, bribery and drugs.

The Americans are now up in arms against the true enemies of the United States. Wait. They are still snoring in deep slumber.

This “purely coincidental” death is just one of many murders along the high-octane political careers of the Clinton couple.

Shawn Lucas, a man who served the Democratic National Committee (DNC) with a lawsuit suggesting that the Party heavily favored Hillary Clinton over Bernie Sanders during the primary election, has suddenly died under unspecified circumstances.

The speculations regarding Lucas’ sudden death began emerging on social media in the past week.

ANOTHER mysterious death of someone with info on the corrupt DNC?!!? No media coverage though🤔 #shawnlucas #DNCleak

A month earlier, on July 3, Lucas, who backed Sanders in the presidential run, appeared in the viral YouTube video taken by filmmaker Ricardo Villaba. In the footage Lucas serves the legal papers to the Democratic National Headquarters in a case started by Sanders campaigners.

The lawsuit, triggered before the notorious WikiLeaks revelations, charged the DNC then-chairwoman Debbie Wasserman Schultz with fraud. On July 22, a batch of some 20,000 internal DNC emails was made public, confirming the allegations that the organization had been playing into the Clinton camp’s hands.
Lucas was confirmed dead by the company for which he had worked as a process server. In an interview with investigation outlet Snopes, the firm representative said that the young man passed away on August 2, 2016.
Shortly after that the Washington DC police department told reporters that the demise had been “classified as a Death Report, pending the results of an autopsy.”
According to unconfirmed media reports, the young man’s body was discovered on the floor of his bathroom by his girlfriend. Paramedics, who arrived at the scene at the time, didn’t find any signs of life.
The mysterious death of Lucas is not the first instance of its kind during this election cycle.
On July 8, Democratic staffer Seth Conrad Rich was murdered in Washington DC. The incident looks mysterious, as the perpetrators did not steal anything from victim. Following his death, social media went abuzz with the speculations that Rich was about to contact the FBI to share information about an “ongoing court case” allegedly regarding the Clintons.
On August 1, 2016, Victor Thorn, a prominent author of books about the Clinton family, was found dead near his house. Police presumed he had shot himself in the head with a gun that had been found near his body. However, Thorn’s brother said in an interview with American Free Press that the writer could never commit suicide.
http://sputniknews.com/us/20160807/1044016211/bernie-supporter-dnc-lawsuit-death.html
His death would not have been in vain if only Bernie Sanders was truly in the game. But, as it turned out, he’s just another spineless pseudo-revolutionary, a shill for the Clintons.