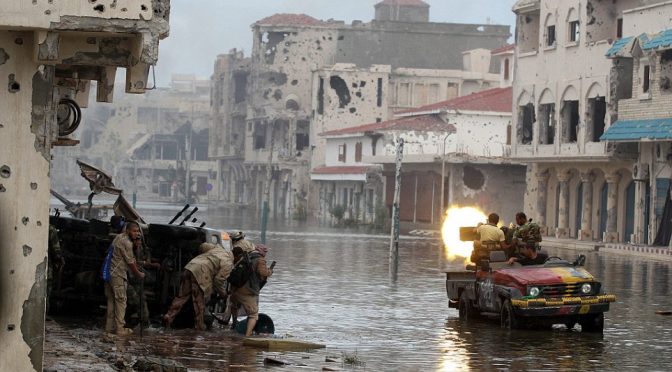 If you have been wondering what all the terror events in France and Germany are about, here is the answer:
Washington has raised the cost of being a member of its Empire too high. Vassals such as France and Germany are beginning to exercise independent policies toward Russia. Observing the cracks in its Empire, Washington has decided to bind its vassals to Washington with terror. Most likely what we are witnessing in the French and German attacks is Operation Gladio.

Washington’s policy toward Russia, which has been imposed by Washington on all of Europe, benefits no one but the handful of American ideologues known as neoconservatives. Neoconservatives are crazed psychopaths willing to destroy Earth in behalf of American hegemony.
A delegation of members of the French National Assembly and Senate went to Crimea to participate in Russian Navy Day on July 28. Thierry Mariani, the head of the French delegation, addressed the parliament in Crimea and said that there are no reasons for France to continue to support Washington’s illegal sanctions on Russia.
As the Strategic Culture Foundation reports, this “is part of a trend taking place in Europe.”
“On June 8, the French Senate voted overwhelmingly to urge the government to gradually reduce economic sanctions on Russia amid growing opposition to the punitive measures across Europe. The French National Assembly voted for lifting the sanctions in late April.”
See: https://www.rt.com/news/345898-french-senate-lifting-sanctions/
Politicians in Italy, Belgium, and Cyprus are taking the same tack. Politicians in Greece and Hungary have also questioned the sanctions.
So does Donald Trump, and that is why the servile American press is trying to drive him into unacceptability and out of the race.
Democratic websites are spreading the rumor that Trump never intended to win the nomination. His goal was to come in second. His campaign was just an elevation of his name recognition to help him in his deals. But he and his advisors misjudged the disaffection of the voters from the Establishment parties and Trump won.
Democratic websites claim that Trump is trying to get himself so opposed by criticizing Muslim families of war heros and women for abortions that he can withdraw, thus allowing the RNC to select a candidate that can rival Hitlery in appeal to the ruling oligarchs and pressitute media.
Considering the degeneration of America, this could possibly be true.
But for now we must doubt it and ascribe it to the effort to undermine Trump with his supporters. The evil that rules in America is determined to have in the White House its own servant, and that servant is Hitlery.

Behold, a Pale Horse and its Rider’s Name Was Death and Hell Followed Him

By Paul Craig Roberts
August 07, 2016 “Information Clearing House” – I just listened to Obama give Washington’s account of the situation with ISIL in Iraq and Syria.
In Obama’s account, Washington is defeating ISIL in Iraq, but Russia and Assad are defeating the Syrian people in Syria. Obama denounced Russia and the Syrian government—but not ISIL—as barbaric. The message was clear: Washington still intends to overthrow Assad and turn Syria into another Libya and another Iraq, formerly stable and prosperous countries where war now rages continually.
It sickens me to hear the President of the United States lie and construct a false reality, so I turned off the broadcast. I believe it was a press conference, and I am confident that no meaningful questions were asked.
If Helen Thomas were still there, she would ask the Liar-in-Chief what went wrong with Washington’s policy in Iraq. We were promised that a low-cost “cakewalk” war of three or six weeks duration would bring “freedom and democracy” to Iraq. Why is it that 13 years later Iraq is a hellhole of war and destruction?
What happened to the “freedom and democracy?” And the “Cakewalk”?
You can bet your life that no presstitute asked Obama this question.
No one asked the Liar-in-Chief why the Russians and Syrians could clear ISIL out of most of Syria in a couple of months, but Washington has been struggling for several years to clear ISIL out of Iraq. Is it possible that Washington did not want to clear ISIL out of Iraq because Washington intended to use ISIL to clear Assad out of Syria?
No one asked the Liar-in-Chief why Washington sent ISIL to Syria and Iraq in the first place, or why the Syrians and Russians keep finding US weapons In ISIL’s military depots, or why Washington’s allies were funding ISIL by purchasing the oil ISIL is stealing from Iraq.
It seems to be the case that ISIL originated in the mercenaries that Washington organized to overthrow Gaddafi in Libya and were sent to Syria to overthrow Assad when the UK Parliament refused to participate in Washington’s invasion of Syria and the Russians put a stop to it.
All of the violence in the Middle East, violence that has consumed countless lives and produced millions of war refugees now overrunning Washington’s NATO vassals in Europe, is 100 percent the fault of Washington, not the fault of ISIL, or Assad, or Russia. Washington and only Washington is to blame.
Washington produced this violence. Where is the question: “Why, Mr. President, did Washington introduce 15 years of massive and ongoing violence into the Middle East and then expect us to believe that it was the fault of someone else?”
If Helen Thomas were there, she would ask the relevent questions. But the pussies that comprise the American press corps are merely an audience that validates the false reality spun by Washington by accepting it without question.
Meanwhile, Moscow and Beijing have understood the message. Washington intends war. The purpose of Washington’s lies is to prepare the insouciant Western peoples for war against the two countries that Washington cannot subjugate except by victory in war.
By faithful vassalage to Washington, Europe is bringing death and destruction to the world.
Dr. Paul Craig Roberts was Assistant Secretary of the Treasury for Economic Policy and associate editor of the Wall Street Journal. He was columnist for Business Week, Scripps Howard News Service, and Creators Syndicate. He has had many university appointments. His internet columns have attracted a worldwide following. Roberts’ latest books are The Failure of Laissez Faire Capitalism and Economic Dissolution of the West, How America Was Lost, and The Neoconservative Threat to World Order.

6 thoughts on “Fissures in the Empire | Paul C. Roberts”