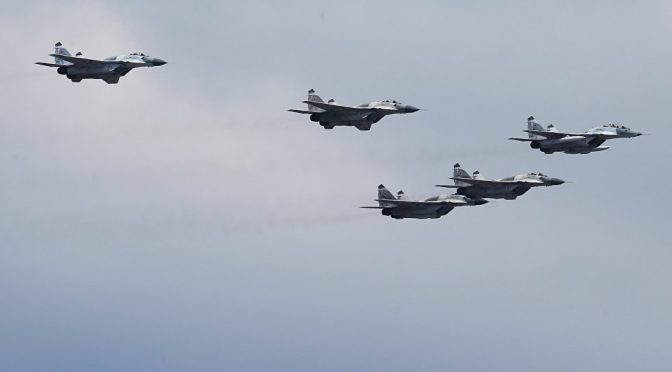 There are countless of reasons why the Philippines needs to have an independent foreign policy at this point in time. Foremost of them all is the fact that until now the country hasn’t progressed economically as any other countries in the region in spite of its unquestionable loyalty to Uncle Sam.

The country is being considered by its neighbors as the weakest link in the ASEAN Community.
The holy combination of the Vatican’s intrusion into the lives of the politicians and local politics in general, with the decades of low intensity conflicts (LIC) injected by the CIA through some sectors of the armed communist movement after they were taught liberation theology by the Jesuits, and supporting of Muslim terror squads, and the strong interference of the United States State Department in the crafting of its national policies, have all retarded its march towards full industrialization which was already picking up during the last years of the Marcos dictatorship.
Most notably, the very first thing that the US did after they, i.e. White House, CIA and the Jesuits, have successfully orchestrated the fall of the late dictator Ferdinand Marcos was to prevent the switching on of the Bataan Nuclear Power Plant, which immediately resulted to several years of brownouts, and made us fully dependent on Middle East oil for decades to come.
It must be noted that we were shadowing the Japan economy before the US colonized the country.

The economy of the Philippines during the insurgency of the First Philippine Republic remained the same throughout its early years but was halted due to the break out of the Philippine–American War. Nevertheless, during the era of the First Republic, the estimated GDP per capita for the Philippines in 1900 was of $1,033.00. That made it the second richest place in all of Asia, just a little behind Japan ($1,135.00), and far ahead of China ($652.00) or India ($625.00).[36]

… When the Great Depression happened in the United States, the Philippines on the other hand wasn’t affected. Instead, the US relied on the Philippine economy throughout the depression era.

Now, we are just a bit above the Vietnam economy. And to think that Vietnam’s economy only started to pick up decades after its patriotic war with the Americans, then perhaps the Philippines could achieve more than what it has achieved today when the US finally leave the country alone.
So, our dearest Uncle Sam, your regime change will not work in the Philippines anymore. And just like the president said, we have enough of your bullshit. Go to hell!!!

This on top of the covert Russian ground troops already on the ground since the war begun.

So, hold on and buckle up. A multipolar world is coming.

2 thoughts on “MiGs for Manila: When Moscow Starts Supplying Philippines with Arms”