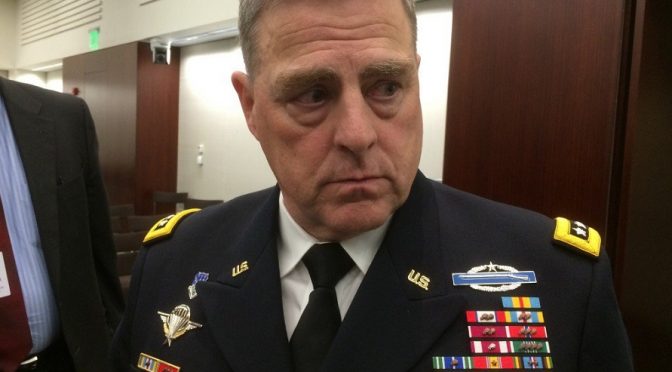 “I want to be clear to those who try to oppose the United States and do us harm, and destroy our way of life. We’re gonna beat you, and beat you harder than you’ve been beaten before.” – Gen. Mark Milly, US Army Chief of Staff


From financial and currency wars to high-octane media propaganda, the Western elite is losing big time.
Their grand plan for a Greater Israel in Syria, which is just a small segment of their ultimate Technocratic Dictatorship plans, has been rendered dead on its track when Russia, and its allies, intervened just before Syria falls completely to the “moderate rebels” known as Daesh Islamic State, or Al-Nusra, or Al-Sham, Al-Capone, Al McCain… the name keeps changing as the weather.
Are these people really just wanting war for the pleasure of it, or there’s more to the frustrations?
Yes, they are actually protecting something. The key phrase here is, they don’t want somebody to trample on their “way of life”. That’s right.

They don’t want to lose all that. But they are in debt, that’s the problem.
The Western Oligarchs are submerged in a thick mud of unpayable debts. And the lenders are asking for the settlement of these obligations. Instead of paying what the West owed to the East, they chose to print more paper money and continue leveraging what physical economy they already have. That’s the rationale of the massive move to digitized the currencies in America and in Europe.
That’s unsustainable. Sooner, rather than later, the western industrial, manufacturing sector will cease to operate when no more raw materials are available due to its inability to pay with asset-backed currencies. We got a preview of that earlier this year, when the Baltic Dry Index plunged to its all-time lowest showing most of the cargo vessels were all docked in port.
The BRICS is demanding that they’ll be paid in gold for their products. That’s when the West decided to drop a tactical nuclear bomb into one of China’s busiest seaports. 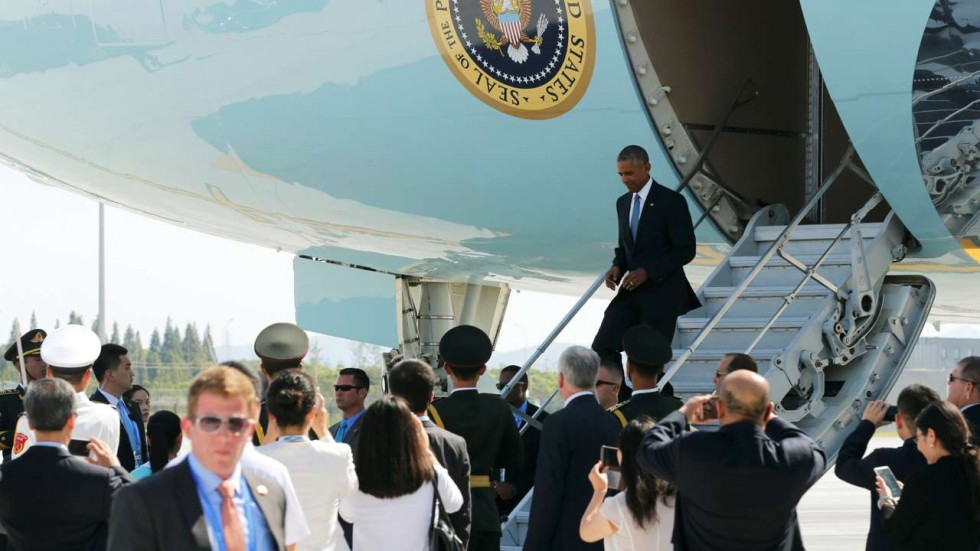 To summarize, here’s the bigger picture why the Khazarian Oligarchs are so desperate for war, other than the covert geopolitical and military operations that’s been going on behind the scenes:

Add to all of the above is the unaccountable $6.5 trillion Pentagon budget. Certainly, the same situation motivated the Bushes to attack Saddam Hussein and looted the gold in Iraqi banks. The same thing happened to Libyan Muammar Qaddafi a few years later.
It is also of note that during the Great Depression in the 1930s, it is the Philippines which was used by the United States to prevent itself from completely crashing,

When the Americans defeated the first Philippine Republic and made the Philippines a showcase territory of the United States, the country saw a redevelopment under the American system. Economy as well was re-developed. The Philippines saw the growth of the economy once again after the war as the Americans built new public schools, transportation, reform system, boutiques, offices and civic buildings.

When the Great Depression happened in the United States, the Philippines on the other hand wasn’t affected. Instead, the US relied on the Philippine economy throughout the depression era.

So, there must be a surface World War 3 to reset the world order back to where there’s no credible resistance yet.

A massive NATO training exercise is underway in Scotland, sparking safety fears from anti-war campaigners in the country.

Around 5,700 military personnel, 67 aircraft and 31 warships and submarines are taking part in the bi-annual event. Unmanned Warrior 2016, the Royal Navy’s first major exercise using drones and robots, is participating in the wider Operation Joint Warrior event.

They can wish, but they won’t be allowed to do so.
https://youtu.be/yszp-BUdqxw?t=2m1s
The degree of unity within the Global Resistance Movement is rock solid, pervasive, and it continues to strengthen even more as the days pass by.
The fate of the world would be a lot better if America could install a more respectable leader than all those who came after John F. Kennedy.