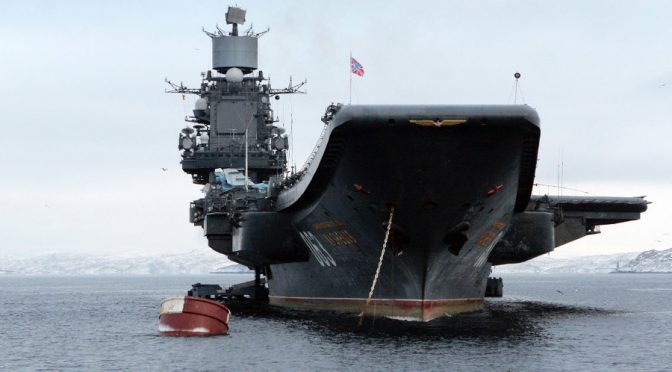 The Russian-led coalition assisting the Assad government in Syria has provided an 8-hour unilateral ceasefire to provide the trapped “moderate rebels” an opportunity to get out from a section of Aleppo. This is their way of separating those “moderate rebels” from Daesh hardliners, who are expected to stay and battle it out to the finish.

It turned out that all, if not most, of the enemies of the Syrian state have already decided to stay, blurring the lines between “moderate rebels” and terrorist hardliners with their continued shelling of Aleppo civilians under the government’s protection.
https://www.youtube.com/watch?v=5ZBUBiOw-Fk
What? Belgian Air Force in Syria?
Looks like the Khazarian controlled countries are now in full force in Syria, and in other locations around the world.
In addition, a convoy of at least ten buses carrying Daesh terrorists was seen leaving Mosul for Aleppo, Syria, during the ceasefire.
https://www.youtube.com/watch?v=ihu2RBF8Uko
This was in confirmation of our earlier report that the US is planning to transfer their terrorist assets in Mosul to Syria via a simulated attack recovery operation of Mosul City, the last bastion of Daesh terror in Iraq, thereby, achieving two geopolitical objectives of propagandizing “savior US” image, and sabotaging the Russia-Iran-China-Hezbollah’s effort of defeating the CIA Daesh occupation in Syria.
More than a week ago, the US air force destroys several bridges critical for the survival of the people living in Deir Ezzur, where scores were killed as a result of the attack.
Syrian People to File Lawsuit against US over Deir Ezzur Massacre

TEHRAN (FNA)- Several Syrian parliamentary and legal figures have called on the people of Deir Ezzur to lodge a complaint over Washington’s recent killing of civilians and destruction of the province’s infrastructure.
According to Asharq al-Awsat newspaper, Nabil Saleh, a senior Syrian lawmaker, has filed the lawsuit and wants the US to compensate for the damages and losses it has inflicted on the people of Deir Ezzur.
Also, Bassam Sabbaq, a specialist in the international laws, said that a US attorney can be hired to lodge a complaint with the country’s courts against Washington.
If the Deir Ezzur people win the legal dispute, then they can receive compensation from the US, and Washington should apologize to them, he added.
Sabbaq called on those people of Deir Ezzur who have lost their family members or sustained damage in the US fighter jets’ airstrikes to provide him with their information for legal procedures.
Local sources in Deir Ezzur said on Monday that the US airstrikes have destroyed more bridges and supply routes in the province, adding that 50 civilians were killed in the attacks.
“50 civilians, including women and children, were killed in the US-led coalition airstrikes on Deir Ezzur,” the sources said.
Noting that the US airstrikes have pounded 7 bridges in the past four days, they said that the bridges on the Euphrates in al-Mayadeen, al-Bu Kamal, al-Ashara, al-Basira, al-Tarif and al-Nowam in the Eastern and Western countryside of Deir Ezzur were attacked before the airstrike on al-Abbas Bridge on Sunday.
http://en.farsnews.com/newstext.aspx?nn=13950714001144
Many are asking why Putin is allowing, in effect, the entry of more terrorists inside Aleppo by instituting a unilateral ceasefire. The quick answers are:

https://www.youtube.com/watch?v=OYhi83oRIuA
Unfortunately for all of us, it looks like there’s still a significant number of people who are going for Hillary Clinton.
This is in spite of a series of Podesta email leaks about the true image of a Hillary Clinton. In short, the American population is not only confused and highly stressed at this point, they have reached that stage of political numbness, and they just don’t care anymore about where the country is going. We want to be proven wrong in this aspect.
https://youtu.be/HFAspizGlLo
But, only a few are doing something to help the plight of Native Americans laying down their lives for the protection of their sacred sites against corporate interests laying oil pipelines in Dakota.
We believe that every American owes it to the Natives that their culture be preserved for all time. That’s the least one can do.
But, truth be told, it’s someone from the NSA that’s been hacking the DNC campaign, and the Clinton Foundation. These white hats are the only silver lining that’s making a dent on the Deep State behind Hillary Clinton.
Even if the US decides to withdraw their support on their terrorist assets on the ground today, they would have accomplished already their minimum objective to destroy Syria’s major economic infrastructures. Already, Syria has lost about $2 trillion of business opportunities to date, and it would cost at least $200 billion for Syria to rebuild and recover.
As to the wisdom of Russia’s instituting an 8-hour daily ceasefire in Aleppo, about 150 rebranded Daesh members were reported to have evacuated away from the area. Russia has also setup an outpost to repel the entry of Daesh terrorist from Mosul.
Syrian War Report – October 19, 2016: Russia Sets Up Outpost to Fight ISIS Terrorists Deploying from Iraq
https://www.youtube.com/watch?v=yWj7Uagp_uY
150 Ahrar al-Sham members evacuated from Bustan Al-Qasir Neighborhood of Aleppo city under the deal with Moscow and Damascus. There are no doubts that this incident will weaken the terrorists’ positions in the area and create a precedent for further withdrawal of militants from the city.
Over 30 ISIS terrorists were killed in air strikes by the Russian Aerospace Forces and the Syrian Arab Air Force in the Syrian province of Deir Ezzor on October 18. The air power supported the Syrian army’s operations against ISIS in the area of the Deir Ezzor airbase. Syrian troops also attacked ISIS units near the Panorama checkpoint. Air strikes on ISIS targets were also reported in the areas of al-Huweijeh al-Sakar, al-Sina’ah, al-Jafreh and al-Mura’yeh. In total, some 45 air strikes were delivered.
The intensification of air raids in eastern Syria came amid reports that ISIS terrorists are massively fleeing from the Iraqi city of Mosul to Syria. Sources in the Iraqi Popular Mobilization Units (PMU) say The US-led coalition’s warplanes avoid to bomb military convoys of the terrorist group moving from Iraqi to Syria.
… Experts argue Washington is using this time to allow ISIS terrorists redeploy from Iraq to Syria where the terrorists would use fresh reinforcements to intensify operations against the Syrian government in the provinces Deir Ezzor and Homs.
Moscow has reportedly responded to this threat, reconstructing the T-4 Military Airport in eastern Homs. The Russian military had already used the airport as a forward staging post for its helicopter gunships during the operation in Palmyra and the nearby areas. However, the airfield was damaged with ISIS attacks later.
If the reconstruction is confirmed, the T-4 will become an important outpost that will allow the Syrian army and the Russian Aerospace Forces to counter the growing ISIS threat in eastern Syria.
https://southfront.org/syrian-war-report-october-19-2016-russia-sets-up-outpost-to-fight-isis-terrorists-deploying-from-iraq/
Pro-Russia Donetsk Leader Assassinated
https://youtu.be/4PMNgrdcZuQ
The Donetsk People’s Republic militia leader Motorola was assassinated a few days ago, in addition to those who have been murdered because Putin was intervening hard enough in NovoRussia [Eastern Ukraine].
Ideally, the Russians should send some smart and ruthless patriot, like General Shamanov, to go to Lugansk and Donesk and read the locals the riot act (Russians generals are very good at that kind of stuff) and if they offer any resistance, just toss them out of their office (Russian generals are also good at that kind of stuff).
http://thesaker.is/the-murder-of-motorola-questions-which-must-be-answered/
Previous to the long line of murders, the Poroshenko government sent covert operatives to sow terror in Crimea, which was successfully repelled before the first bomb explode.
Philippines’ Pivot to BRICS starts through China
After having been used to prop up the US economy during the Great Depression in the 1930s, and after being granted an imaginary independence from its US colonizers, Philippine has shifted towards its historical ally in the region, i.e. China.
https://www.youtube.com/watch?v=AUZHCOzdbTY
This decisive action by President Duterte is expected to significantly attenuate the US naval warmongering in the West Philippine Sea in the next few years.
Obama, however, is quick to maneuver for a realignment with Vietnam, more than 4 decades after the last American left the US embassy in Saigon. 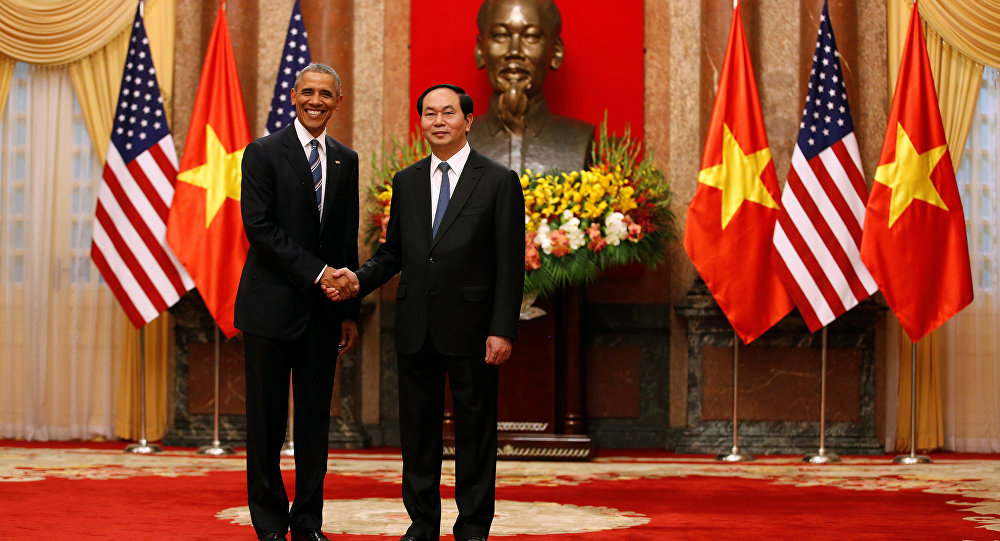 Top defense officials from Hanoi and Washington met Monday to discuss the role of the US in the region and how Vietnam would respond to American “intervention” in Asia and the Pacific.
Read more: https://sputniknews.com/asia/201610201046522387-vietnam-supports-positive-us-presence/
It is very clear by now that Obama will not be leaving the White House gracefully amidst his massive geopolitical loses in Southeast Asia, the drone attacks unleashed on civilian targets in Pakistan and in Syria, the failed state of Libya, the continued opium cultivation in Afghanistan, and the ailing American economy, etc.
For as long as the Deep State behind the US government is not neutralized completely, this global nightmare will continue to persist.
We have heretofore called on well-meaning Americans to seize next month’s opportunity for change by choosing the presidential candidate who is not beholden to Wall Street powerbrokers.
The world would be grateful if they’ll do.