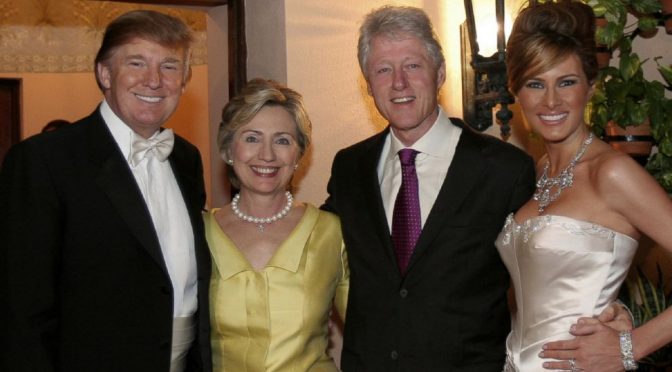 We all know that all US presidential elections are rigged in favor of either Democrats, or the Republicans. But since the Council on Foreign Relations cannot decide exactly who among Clinton and Trump should be installed in the White House, the influence peddlers on the ground are having a good time playing for their favorites.

Obviously, the Wall Street vultures, media and survey networks, for instance, are playing for a Clinton win next week.

Even after Comey’s nail-biting announcement of more evidence which should be enough for the FBI to have a “likely indictment” against the Clinton Foundation, MSM publishes a Clinton gain of 2% in their latest surveys, as shown above.
Whatever is in the surveys right now can easily be translated as the actual election results, in sync with the Soros-funded rigging of the machines. That’s the Clinton-Wall Street-MSM game plan.
On the other hand, the self-proclaimed NWO Resistance Club members are advertising their supposed counter-coup to defeat the Clinton-MSM coup attempt at rendering the entire US elections moot.

So, while the Clinton Campaign is desperate in grabbing the presidency, the CFR clique are also desperate in saving the entire rigged political structure.
The business source, although unsympathetic to the Clinton machine, especially in foreign policy, is a realpolitik practitioner, not a conspiracy theorist. He is adamant that, “the FBI reversal could not have happened without orders above the President. If the Masters [of the Universe] have changed their mind, then they will destroy Hillary.”
He adds, “they can make a deal with Donald just like anyone else; Donald wins; the Masters win; the people think that their voice has been heard. And then there will be some sort of (controlled) change.”
What’s paramount in the whole soap opera is the faith in the US political system — as corrupt as it may be — must endure. That mirrors the faith in the US dollar; if confidence in the US dollar fails, the US as a hegemonic financial power is no more.
The source is equally adamant that, “it is almost unprecedented to see a cover-up as extensive as Hillary’s. A secret meeting between Bill Clinton and the Attorney General; the FBI ignoring all evidence and initially clearing Hillary to near rebellion of the whole of the FBI, attested to by Rudolf Giuliani whose reputation as a federal prosecutor is unquestioned; the Clinton “pay for play” foundation. The Masters are troubled that this is getting out of hand.”
The record shows that “the Masters do not usually have to go to such lengths to protect their own. They did manage to save Bill Clinton from the Monica Lewinsky perjury and keep him in the presidency. The Masters were not attacked in this case. They even got away with the 1987 cash settlement crash and the theft surrounding the Lehman debacle. In all these cases there were no overarching challenges to their control, as we see now open to the public by Trump. They antagonized and insulted the wrong man.”
https://sputniknews.com/columnists/201610311046920348-clinton-fbi-november-surprise/
The counter-coup is of course designed only to appease the resistance crowd, and to make them stay in their seats as the whole multi-layered, Inception-like reality show unfolds with breathtaking realism.
The majority of those who want to be fooled still believe that there really is a clear choice because Clinton and Trump are as different as “night and day.” Really?

Trump, Clinton Both Refuse To Explain Why They Share Same Address In Delaware

Hillary Clinton and Donald Trump share something pertinent in common.

Wilmington, DE — As it turns out, Hillary Clinton and Donald Trump share something pertinent in common, after all — a tax haven cozily nested inside the United States.

This brick-and-mortar, nondescript two-story building in Wilmington, Delaware would be awfully crowded if its registered occupants — 285,000 companies — actually resided there.

What’s come to be known as the “Delaware loophole” — the unassuming building at 1209 North Orange Street — has become, as the Guardian described, “famous for helping tens of thousands of companies avoid hundreds of millions of dollars in tax.”

“Big corporations, small-time businesses, rogues, scoundrels, and worse — all have turned up at the Delaware address in hopes of minimizing taxes, skirting regulations, plying friendly courts or, when needed, covering their tracks,” theNew York Times’ Leslie Wayne described in 2012. “It’s easy to set up shell companies here, no questions asked.”

While the legitimacy of taxes as a concept may be up to personal interpretation, what matters in Clinton’s use of the so-called Delaware loophole, in particular, is her constant harping on the need for corporations and elite individuals to pay their fair share.

In other words, Clinton’s employment of North Orange Street amounts to a telling, Do As I Say, Not As I Do. And, as the Guardian notes, both of “the leading candidates for president – Hillary Clinton and Donald Trump – have companies registered at 1209 North Orange, and have refused to explain why.”

In short, the Americans still need another four years of lies and deceptions at least before a real revolution can be expected.
Whatever the outcome of this year’s political exercise, the global resistance to Western hegemony will continue, and there’s nothing that the West can do except only to delay the inevitable, i.e. a forced global reset.
The forced global reset shall include a separate financial system, independent internet, release of nuclear fusion-fission hybrid power system, and the beginning of a direct Participative Democracy through Open Source policymaking bodies, as opposed to the present representative corporate governmental institutions.
Most of these progressive items are already in the works, but only the needless wars have graced the screens for some geopolitical mileage, and the East is not fond of talking all the time.
Understandably, this will be a long process, but that’s only because not all of the people are taking the action, especially those on the other side of the world. Most of them just don’t care. 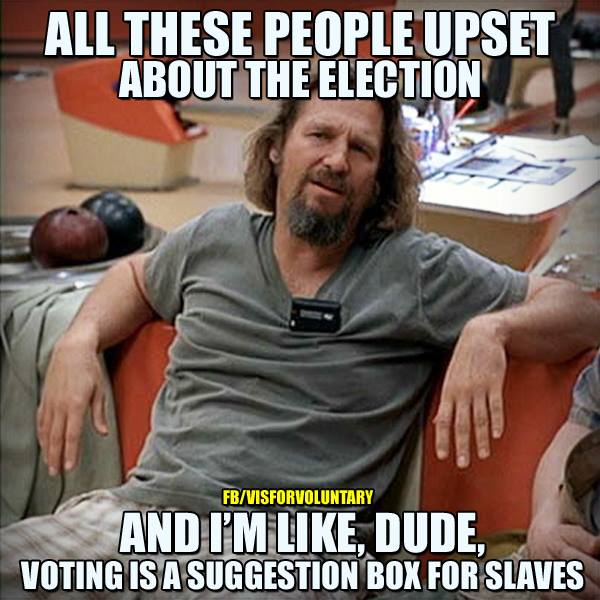 As the wise man says, we can only have the freedoms we truly deserve, and we have no right to complain, ever.

3 thoughts on “Rigging the Rigged U.S. Elections… & A Counter- Coup?”