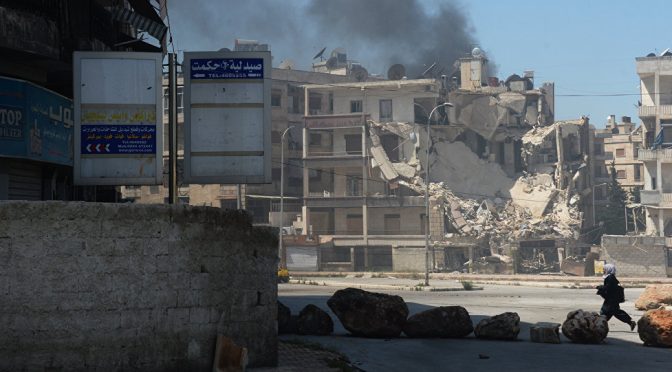 The US State Department officially admitted defeat in Syria as more Russian troops are being sent to join the Syrian Army, Hezbollah, Kurdish and Iranian troops on the grounds of Aleppo, and soon, Raqqa.

This official acknowledgement of defeat, loaded with doublespeak as if they defeated ISIS like they’ve been claiming to be fighting against the whole time, is preceded by the actual surrender of several terrorist factions caught in the cauldron created by the combined pro-Assad forces.
US Secretary of State John Kerry urged armed Syrian opposition in Aleppo to make the first step toward a peace settlement. 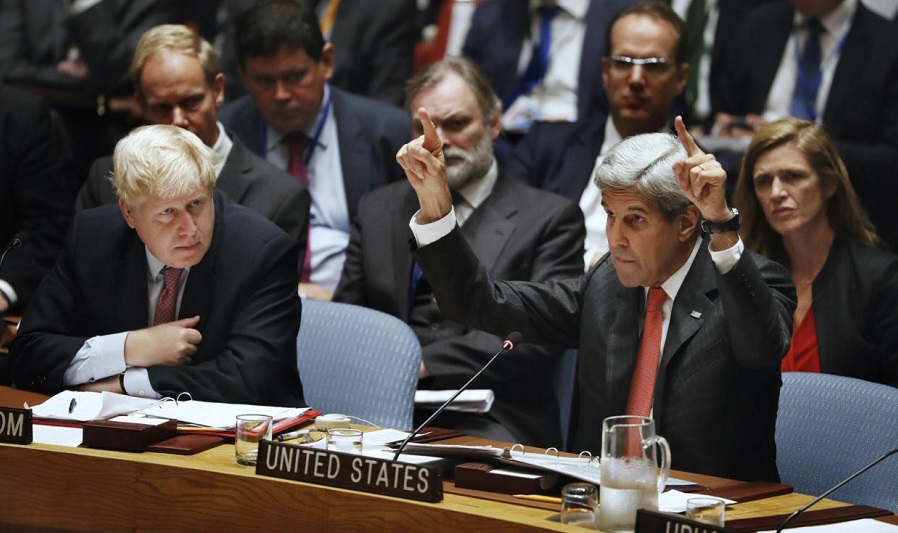 The resolution of the situation in Aleppo will not bring a political setllement of the Syrian crisis any closer, Kerry told reporters in Paris after a meeting of countries opposed to Syrian President Bashar al-Assad.
He stressed that there is no military solution to the conflict in Syria.
Earlier on Saturday, the Defense Ministry’s spokesman Maj. Gen. Igor Konashenkov said that Russia’s center for Syrian reconciliation helped nearly 50,000 civilians leave Eastern Aleppo in the past two days.
On Saturday alone over 20,000 individuals left the city and 1,217 militants laid down their arms, he said.
Aleppo has been a major battleground in Syria in recent months, engaging government forces, jihadists, and numerous opposition groups. Over the past three weeks, the Syrian troops and allied militia have liberated over 80 percent of the territory of eastern Aleppo, which was captured by militants in 2012.
https://sputniknews.com/middleeast/201612101048400381-kerry-syrian-opposition-aleppo/

Aside from the visible wave of terrorist surrenderees in the last few days, Russia is clandestinely sending “mission critical” operators into Syria, supposedly to protect its military installations there.
Putin sends “Chechen” special operation forces to Syria
The Saker
This SITREP was written for the Unz Review: http://www.unz.com/tsaker/putin-sends-chechen-special-operation-forces-to-syria/
Very interesting news today: according to the journal Izvestia, Russia will be sending operators from the so-called “Chechen” special forces battalions “West” and “East” to Syria to “guard the Russian installations” in Khmeimim and Tartus.  According to Russian sources, these two battalions have been converted into a “military police” force which will be fully deployed by the end of December.
This news leaves many fascinating questions unanswered. 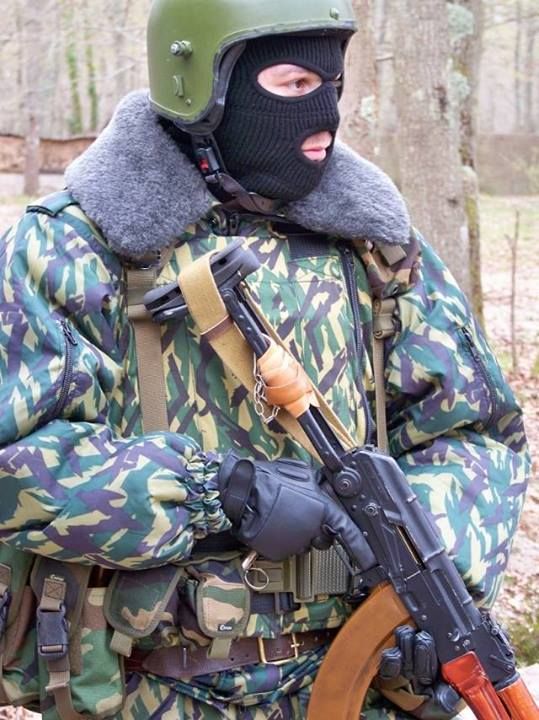 First, even though the Russian sources make it sound like we are talking about two full battalions, I suspect that this is not the case and that a few companies will be formed from elements drawn from these battalions.  Why?  Because these battalions are part the backbone of the Russian security system in the Caucasus and that to use such elite forces just to guard 2 military installations makes no sense.
Second, this does beg the question of what these “Chechens” (actually a misnomer – see below) will really be doing Syria.  The only circumstance in which it would make sense to send them to protect the Russian bases in Kheimim and Tartus would be if a massive attack was expected against these installations and no other reinforcements were available, which is clearly not the case.
Third, these two battalions are mostly, but not exclusively, composed of Sunni Muslim operators.  That yields obvious advantages.  Furthermore, these battalions have had a history of successfully defeating the Wahabi insurgency in Chechnia.  This might be crucially important because Wahabi Chechens also compose some of the best forces available to the Daesh/ISIS/US command in Syria.
So what is really happening here?
First, it should be stressed that these two battalions are really quite unique units.  While formally they are just part of the larger Russian special forces community, they have a unique history and unique reputation.  Traditionally, Russia has always relied on elite Muslim shock forces, and most of those have been Chechen.  This was true before the 1917 Revolution as it was true after.  For example, the so-called “Muslim battalion” played a key role in the invasion of Afghanistan.  And 2008, the Chechen battalions “West” and “East” played a key role in the Russian counter-offensive against the Georgian forces.  To make a long story short: not only are these battalions known for their amazing courage and skills, their appearance often sends the opposing forces into a panic.
Second, Ramzan Kadyrov has been pouring huge resources, with the full support of Putin, of course, into the creation of a unique special forces training facility Chechnia were special operators from all over Russia are coming to learn, teach and share their experience.  As a result, the so-called “Chechen” units are, in reality, a mix of special operators from all over Russia who have been specially trained to deal with Daesh-like insurgencies.
This means that regardless of the actual size of the force sent to Syria, to use it to protect installations is total overkill and nobody in Russia really believes that all these lads will be doing is manning check-points.  Their true mission will be something very different.
Some Russian analysts have been speculating that their real function will be to clear Aleppo from the remaining al-Nusra/Daesh/ISIS forces.  Maybe, but I doubt it.  I find it much more likely that these man will be sent in to train Syrian special forces in advanced counter-insurgency intelligence operations.  For one thing, the Russians have admitted that they have Chechen intelligence agents infiltrated into Daesh.  It would only make sense now for the Russians to share their experience with their Syrian counterparts.  The key reason here is that rather than fighting the war for the Syrians, the Russians needs to enable the Syrians to fight their own war.
Alas, the actual record of the Syrian security forces has been, according to Russian sources, checkered at best and the Russians are, reportedly, unimpressed.  While the Syrians do have some elite combat units, they do not have high quality intelligence operatives.  What is needed in this case is not just a good solider (say, like a Russian paratrooper or a US Ranger), but a fully trained combatant and a fully trained intelligence officer, something similar to the CIA’s Special Activities Division or the Russian “Vympel” force.  The kind of training needed to prepare for such a function is much more complex, costly and time-consuming than what it takes to train a good paratrooper or Ranger.  My guess is that while the “Chechens” will, when needed, provide immediate support for the Syrians, they will also have a longtime role in organizing an effective counter-terrorist/counter-insurgency force.
Of course, I might be wrong.  If I am, then the other reason why these two battalions have been sent to Syria is to directly participate in combat operations against the Takfiris.  We know that Putin sent some secret letter to Iranian President Rouhani.  Could it be to coordinate a surge in Russian and Iranian operations in Syria?  If so, then sending in the “Chechen” special forces would make sense, especially to keep the Turks at bay if and when needed.
Whatever may be the case, the decision to send in the “Chechens” is clearly a major development and the sign that something important is being prepared.
The Saker
PS: Ramzan Kadyrov has issued a denial saying that there are no battalions “West” and “East” in Chechnia that is TECHNICALLY true since these two battalions have now been included in the 8th mountain and 18th motor-rifle brigades.  It is also true that the original commanders of these forces have been replaced, but the operators still exist and Kadyrov has admitted that they were already in Syria.
http://thesaker.is/putin-sends-chechen-special-operation-forces-to-syria/ 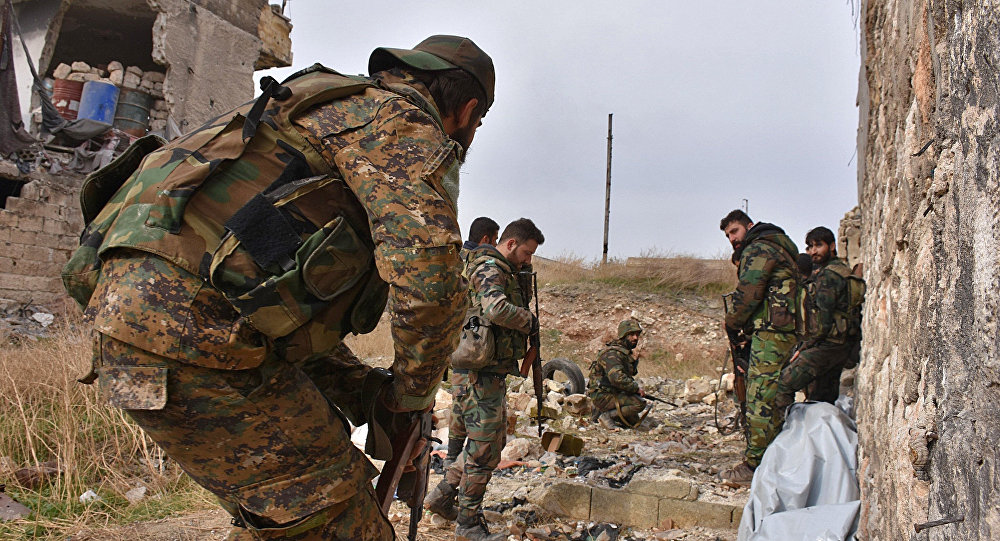