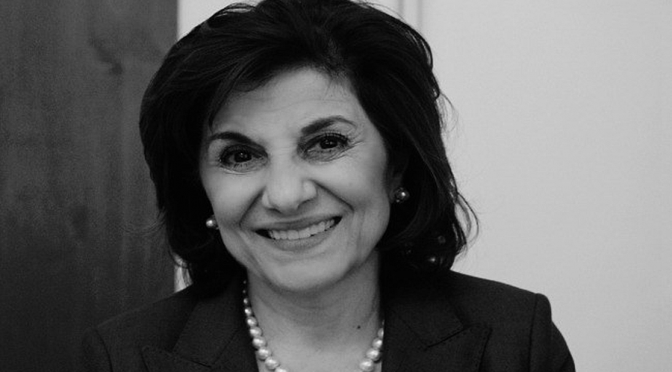 Dr Shaaban, political and media adviser to the Syrian President, Bashar Al Assa, spoke of the Zionist project to erase Arab identity and to destroy Arab culture, society, history, infrastructure and civilization in order to claim history for Israel and eradicate all trace of the Arab peoples.

Vanessa Beeley is one of the few journalists who actually went to Syria and documented the real experience of the people on  the ground. Hers is a great contrast to Western media workers who just rely on the social media for their own narrative.

Vanessa Beeley
21st Century Wire
Today, in Damascus, I met with Dr Bouthaina Shaaban, political and media adviser to the Syrian President, Bashar Al Assad.  Dr Shaaban is a woman of immense experience in the political sphere within Syria, she is a woman who expresses herself without filters and with tremendous wisdom and visible compassion for her country and her people.
Like so many of the political figures and religious leaders who have remained inside Syria for the duration of the almost six year dirty war that has been waged against Syria, by the US, UK, EU, Gulf States, Turkey & Israel, Dr Shaaban, has come under attack from the assorted corporate media oufits and government-foreign-policy aligned NGOs or so called “anti-war” organisations that seem to have no problem in suggesting that war should be employed to achieve peace in Syria.
Dr Shaaban spoke with evident emotion, of the liberation of East Aleppo, and above all, of the exploitation of children over the last four and a half years to maintain the faux humanitarian pretext for flooding the eastern districts of Aleppo with more Nusra Front-led mercenaries, more arms, more missiles and more suffering for the Syrian people trapped in the East and being targeted in the West of the city, by all manner of limb lacerating mortars, hell cannon missiles, explosive bullets fired by the Nusra Front-led terrorist and mercenary gangs,  and of course the random suicide bomb attacks.
Dr Shaaban spoke of the Zionist project to erase Arab identity and to destroy Arab culture, society, history, infrastructure and civilization in order to claim history for Israel and eradicate all trace of the Arab peoples.
At the end of our short conversation I asked Dr Shaaban if she would pass on a message to the West with Christmas round the corner and a troubled end to 2016 with the assassination of the Russian ambassador to Turkey, Andrei Karlov.

Listen to Dr. Shaaban’s appeal to the Western media this Christmas:

“I feel that while western children are ready to celebrate Christmas and expecting what Santa Claus will bring them, its an appropriate time for western people to remember Syrian children, who have totally lost their childhood during this horrible war that has been launched against Syria, for no reason whatsoever, and for no crime that the Syrian people have committed or perpetrated.

In this sense, I would like to direct a message to western media that tries to take information from those who are known to be targeting Syria, from those who are known to be feeding terrorism, arming terrorism, financing terrorism – to stop that! To try and rely upon journalists and people who look for the truth and at least take the trouble to visit Syria to see for themselves what is happening in Syria, to look for the reality, rather than try to promote all these terrorists who have been perpetrating the most heinous crimes ever, in our country.

Syria is a country that has lived through thousands of years, because the Syrian people believe in their country. They believe in belonging to this land, so we will continue to defend our land and we will continue defend our country. Honestly, terrorism is a danger to all of us. It is a danger to Humanity, to Europe, to America, to Russia, to all countries in the world.

However, I have to pray, that next year, 2017, is going to be a better year, for Syrian people, for western people and for the world at large.

I dare say, that, corporate media have played a very negative role in our lives. It has caused death and destruction in Syria, simply by circulating stories and ideas that are totally unfounded, in Syria, and made it appear as if they are the truth of what is happening in Syria.

So, please, be cautious and think twice before you say something or write something about Syria.

Syrian child at Jibreen registration centre where civilians gather to register after the liberation of all of East Aleppo from Nusra Front-led occupation by the Syrian Arab Army and allies (Photo: Vanessa Beeley)

Zionist journalists are cunning and vicious. They will never give others a fair amount of time to explain their side even if such arguments are based on actual facts on the ground.
These Zionists truly believe that they are above everybody else. They believe that they think better than the rest of us, and our views of the world are not worthy as theirs.

On June 8, 1967, during the Six-Day War, the Israeli military attacked the USS Liberty, an American spy ship which had been monitoring Israeli transmissions about the conflict. Intercepted Israeli communications indicated that the goal was to sink the Liberty and leave no survivors. Warplanes and torpedo boats had already killed 34 and wounded 174, when Halbardier slid over the Liberty’s napalm-glazed deck to jury-rig an antenna and get an SOS off to the Sixth Fleet. The Israelis intercepted the SOS and broke off the attack immediately. In effect, Halbardier prevented the massacre of all 294 onboard. Still, the infamy of the attack on the Liberty was two-fold.
https://geopolitics.co/2014/08/21/remember-uss-liberty-false-flag-1967/