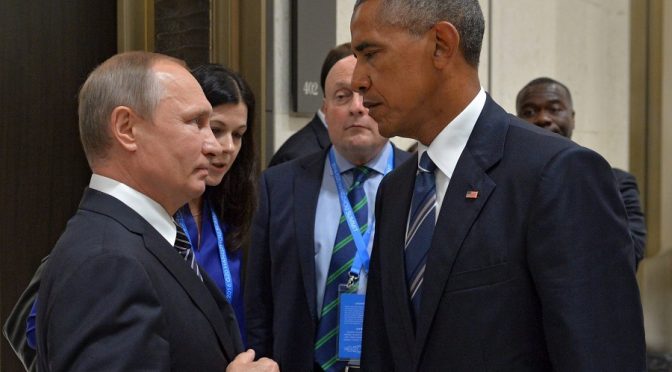 Vladimir Putin effectively stole the thunder, one more time, away from the 2008 most popular politician on the planet and a Nobel Peace laureate, Barry Soetoro, by successfully brokering a nationwide ceasefire with various opposition groups in Syria.

After the Russian-led coalition was able to separate the Daesh extremists from the legitimate Syrian opposition, a simple task which proved too impossible under Obama’s constant flip-flopping, a tripartite agreement to end the hostilities was reached between Syria, Iran and Turkey though the auspices of Moscow.
https://youtu.be/bdh4ZcaSntc
The Guardian reports the event as,

Syria ceasefire comes into effect after rivals sign Russia-backed deal
A ceasefire has come into effect across Syria after the Assad regime and the opposition agreed to a nationwide deal brokered by Turkey and Russia. It is hoped the fragile pact could mark a key turning point and usher in peace talks aimed at bringing an end to the six-year conflict that has killed nearly half a million people and displaced half of Syria’s population.
The deal came into force at midnight (10pm GMT) on Thursday. However there were reports of clashes little more than two hours later. The Syrian Observatory for Human Rights monitoring group said rebels had violated the truce deal and taken over a position in Hama province. A rebel group also accused the government of shelling areas in Atshan and Skeik villages in Idlib province, which borders Hama.
It is the third ceasefire agreement this year. There was confusion over which rebel groups have signed up, but officials from all sides said they hoped this time the pact would hold in the run-up to talks next month in Astana, Kazakhstan’s capital, that could lay out a path to peace.
https://www.theguardian.com/world/2016/dec/29/syrian-government-and-rebels-have-signed-ceasefire-agreement-says-putin

Reuters, for its part, concentrated on the fragility of the ceasefire, and the “dicing of Syria into zones of influence,” like so:

Russia, Turkey, Iran eye dicing Syria into zones of influence
Syria would be divided into informal zones of regional power influence and Bashar al-Assad would remain president for at least a few years under an outline deal between Russia, Turkey and Iran, sources say.
Such a deal, which would allow regional autonomy within a federal structure controlled by Assad’s Alawite sect, is in its infancy, subject to change and would need the buy-in of Assad and the rebels and, eventually, the Gulf states and the United States, sources familiar with Russia’s thinking say.
“There has been a move toward a compromise,” said Andrey Kortunov, director general of the Russian International Affairs Council, a think tank close to the Russian Foreign Ministry.
“A final deal will be hard, but stances have shifted.”
Assad’s powers would be cut under a deal between the three nations, say several sources. Russia and Turkey would allow him to stay until the next presidential election when he would quit in favor of a less polarizing Alawite candidate.
Iran has yet to be persuaded of that, say the sources. But either way Assad would eventually go, in a face-saving way, with guarantees for him and his family.
http://www.reuters.com/article/us-mideast-crisis-syria-deal-idUSKBN14H12V

In short, the Russian-led coalition to defeat ISIS, or Daesh, has not won anything for Syria, and therefore, Russia is still not at par with the West as a superpower.
But then, why would the outgoing Obama react in such a ridiculous manner as kicking out 35 “Russian spies and hackers” from the US?

The Obama administration on Thursday announced its retaliation for Russian efforts to interfere with the US presidential election, ordering sweeping new sanctions that included the expulsion of 35 Russians.
US intelligence services believe Russia ordered cyber-attacks on the Democratic National Committee (DNC), Hillary Clinton’s campaign and other political organizations, in an attempt to influence the election in favor of the Republican candidate, Donald Trump.
In a statement issued two weeks after the president said he would respond to cyber-attacks by Moscow “at a time and place of our choosing”, Obama said Americans should “be alarmed by Russia’s actions” and pledged further action.
“I have issued an executive order that provides additional authority for responding to certain cyber activity that seeks to interfere with or undermine our election processes and institutions, or those of our allies or partners,” Obama said in the statement, released while he was vacationing with his family in Hawaii.
“Using this new authority, I have sanctioned nine entities and individuals: the GRU and the FSB, two Russian intelligence services; four individual officers of the GRU; and three companies that provided material support to the GRU’s cyber operations.
“In addition, the secretary of the treasury is designating two Russian individuals for using cyber-enabled means to cause misappropriation of funds and personal identifying information.” He also announced the closure of two Russian compounds in the US.
Obama added that more actions would be taken, “some of which will not be publicized”.
https://www.theguardian.com/us-news/2016/dec/29/barack-obama-sanctions-russia-election-hack

What could Obama possibly do in the next 3 weeks?
Nothing, except to show his tantrums and bitterness at not being able to live up to the “peacemaker” image his handlers have cultivated all these years through the fake news mainstream media, and the Nobel Peace Prize, that was awarded much too soon.
https://www.youtube.com/watch?v=q3SFXQfE4kk
Yeah, it sure feels like that.
Because, it’s not about the “Russian hacking of the DNC” really, as any hacking can be done anywhere else in the world and inside the DNC itself, as all independent investigators from inside the US mainland have already pointed out to the intelligence agencies in the United States, and some DNC insiders as possible sources of the leaked information leading to the November elections.
https://twitter.com/wikileaks/status/814616893139091456

Jew York Times indeed has an axe to grind against Obama after the latter opted not to veto the UN resolution against the ever expanding Israel settlements in Palestinian lands.

It’s all about the Russian hacking of the CIA/State Department Daesh terror campaign in Syria which directly exposed the physical presence of embedded foreign agents including Turkish, American, Qatari, Saudi, Jordanian, Moroccan, and Israeli officers.

“You saw this hysterical move in the UN council last 3 days?
… Because the main purpose is how to rescue these terrorist foreigners, intelligence officers from the same countries who pushed for the adoption of the resolution on Aleppo.” – Bashar Jaafari, Syria’s UN ambassador

SputnikNews further clarified that it’s more than just 35 diplomats who have 72 hours only to leave the US, and 2 diplomatic compounds were already padlocked.

Despite a glaring lack of evidence to support allegations that Russia interfered in the US presidential election, the White House has announced that they will be imposing sanctions on the nation.
On Thursday, the US sanctioned six Russian individuals, including the head of Russia’s Main Intelligence Directorate, as well as five entities. The US is also expelling 35 Russian diplomats, who now have 72 hours to leave the nation.
The five entities sanctioned are the Autonomous Noncommercial Organization Professional Association of Designers of Data Processing Systems, the Federal Security Service, the Main Intelligence Directorate, the Special Technology Center, and Zor security.
The Federal Security Service is comparable to the US FBI, meaning that this will effectively block any counter intelligence operations between the two nations.
Sanctioned individuals include Igor Valentinovich Korobov, the current Chief of Russia’s main intelligence directorate, the GRU; Sergey Aleksandrovich Gizunov, Deputy Chief of the GRU; Igor Olegovich Kostyukov, a First Deputy Chief of the GRU; and Vladimir Stepanovich Alexseyev, also a First Deputy Chief of the GRU.
Additionally, the US will be closing two Russian diplomatic compounds in Maryland and New York, which the US claims were used for intelligence related activities.
Read more: https://sputniknews.com/us/201612291049119985-us-russia-sanctions/ 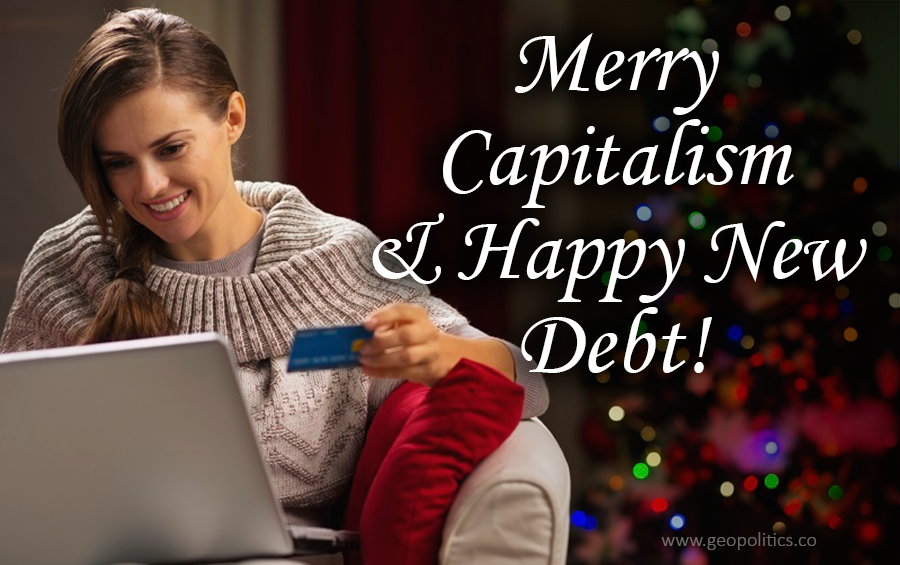