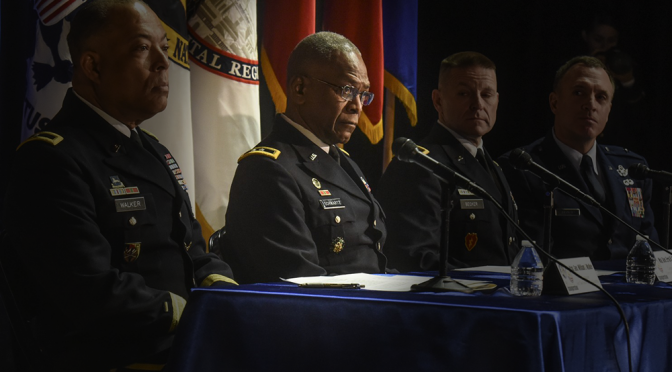 The Army general who heads the D.C. National Guard and has an integral part in overseeing the inauguration said Friday that he will be removed from command effective at 12:01 p.m. Jan. 20, just as Donald Trump is sworn in as president.

Maj. Gen. Errol R. Schwartz’s departure will come in the middle of the presidential ceremony — classified as a national special security event — and while thousands of his troops are deployed to help protect the nation’s capital during an inauguration he has spent months helping to plan.
“The timing is extremely unusual,” Schwartz said in an interview Friday morning, confirming a memo announcing his ouster that was obtained by The Washington Post. During the inauguration, Schwartz will command not only members of the D.C. Guard but also 5,000 unarmed troops dispatched from across the country to help. He also will oversee military air support protecting Washington during the inauguration.
“My troops will be on the street,” said Schwartz, who turned 65 in October. “I’ll see them off, but I won’t be able to welcome them back to the armory.” He said he would “never plan to leave a mission in the middle of a battle.”

It was normal for both parties to cut each other’s throat during the campaign period, but it’s highly unusual for them to continue the animosity during the transition period.
After all, politics is just a game of gentlemen and ladies who have made it their lifelong obsession to serve the public to the best of their abilities, or so they say.
https://youtu.be/CgNVAmy2u5U
But the more the losing Democrats, Republicans, and George Soros funded organizations, put stumbling blocks to a smooth transition in favor of the incoming US president Donald Trump, the more the people believe that the latter really is an outsider ought to be prevented from sitting in the Oval office.
Is that what this is all about? Or, is this for real?
Two things are possible here: either this is part of the whole script that both actors are playing to project that Trump is an outsider, or this is a real revolution that every WhiteHat and patriot are covertly fighting for all these years.
If this is for real, then the presidential inauguration on 20th of January needs to be disrupted at all cost, and the security of the event must be decapitated so that there’s no one there to manage and control the crowd of inflamed protestors, or in the ensuing panic due to a Trump inaugural assassination, paving the way for a Martial Law imposition.
Already, different levels and modes of dissent are being organized, and it’s not too far fetched to say that all of these movements are well-funded, too, from Hollywood actors and the Soros-funded organizations, who all want to preserve their “way of life.”

DisruptJ20 plans to have “a series of massive direct actions that will shut down the Inauguration ceremonies and any related celebrations–the Inaugural parade, the Inaugural balls, you name it. We’re also planning to paralyze the city itself, using blockades and marches to stop traffic and even public transit.”
Some of the planned actions on the 20th of January would be coming from:

RefuseFascism, on the other hand, calls for a Month of Resistance saying that the Trump presidency is an illegal one by virtue of it not having the optional popular vote.

Donald Trump did not win the popular vote. Not even close, he lost by 2.5 million votes. He won the Electoral College – an institution set up in 1787 to protect slavery.  This legacy of the most brutal oppression of Black people has become the means that enabled the election of Trump and Pence.
More fundamentally, it is the fascist character of the Trump/Pence regime and what they are planning to do which renders it illegitimate and an immoral peril to the future of humanity and the earth itself.

It also wants to stop the Trump regime before it starts… 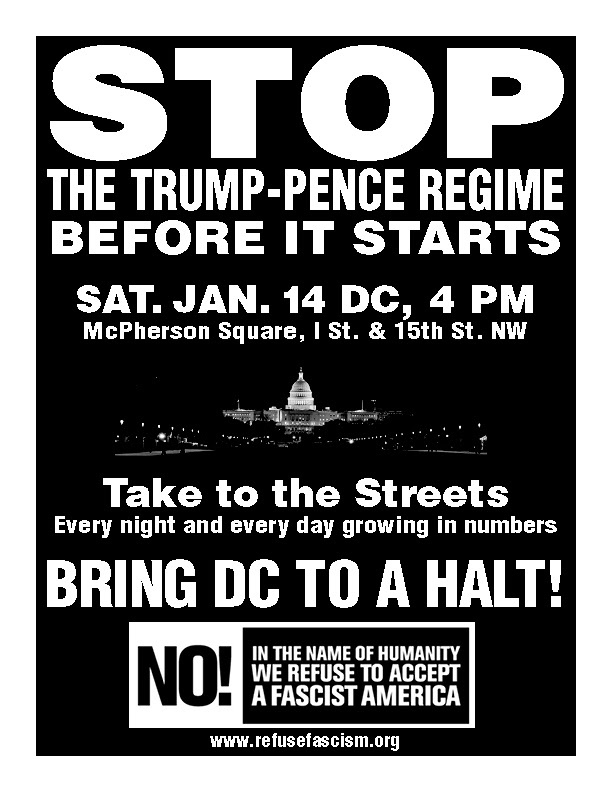 This is not wishful thinking but could be made a reality if all who hate what is represented by this fascist regime translate our outrage into massive mobilization to create the political conditions which make this possible.  We are millions. Our only recourse now is to act together outside normal channels.  Every faction within the established power structure must be forced to respond to what we do – creating a situation where the Trump/Pence regime is prevented from ruling.
We call on each and every one who opposes what this regime stands for, and what it will do, to take part in and actively build, this resistance and refusal.  Organize.  Plan.  Act.

Although the two groups don’t acknowledge affiliation with one another, it is pretty clear that they are organized by a single entity, i.e. the design of their website is strikingly similar and therefore done by one and the same web developer. But that’s not the only giveaway.
We looked at who registered both movements’ domain names, i.e. refusefascism.org and disruptj20.org, and we found out that both are set to the same private masking proxy, Proxy Protection LLC, but it is undeniable that the addresses and phone numbers are perfectly the same.

It is also worth noting the psychology behind the organization of these groups.
According to the dates that they were registered, DisruptJ20 came first, i.e. “Disrupt January 20”, which means that the organizers wish to attract the more moderate groups first, to join their fold… 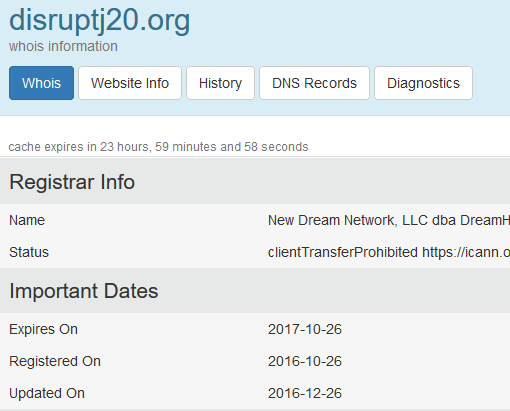 … only to aim later on for riots to occur with RefuseFascism. 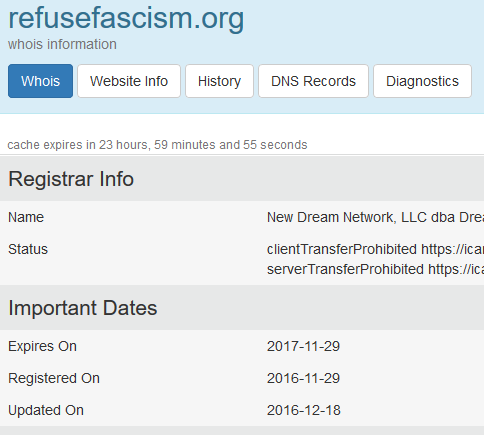 What better way to maximize the damage that these groups could inflict if they are left to their own volition with a headless National Guard.
This carefully planned chaos in Washington DC is being augmented with the aggressive NATO build-up along the Russian border.

As the martial law is proclaimed to quell the riots, another presidential election will be scheduled in the near future in order to force the return of normalcy. But it will be rigged by the Department of Homeland Security which recently has been given the authority to control the whole “democratic” exercise, through a reclassification procedure which considers it as another “critical infrastructure’ under its legal jurisdiction.
The Khazarian puppets may be in panic, but they sure know how to exploit every crisis they have for their own benefit.
Sadly, what the people have been trying to remove will be what exactly will be upgraded if the Corporatists will win the day.
Duterte is right. Obama is a real son of a bitch.