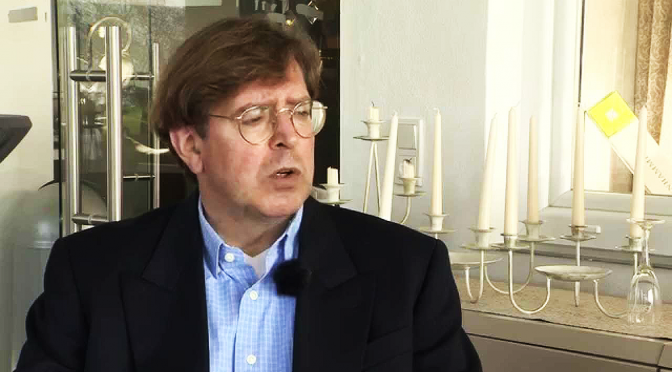 Former editor of largest newspaper in Germany revealed the CIA pays journalists in Germany, France, Britain, Australia and New Zealand to plant fake stories – and the CIA is trying to bring war to Russia .
January 15, 2017 by Baxter Dmitry
Dr Udo Ulfkotte, the former German newspaper editor whose bestselling book exposed how the CIA controls German media, has been found dead. He was 56.
Ulfkotte was an editor at Frankfurter Allgemeine Zeitung, one of the largest newspapers in Germany, when he published Bought Journalists, the bestselling book that cost him his job and perhaps his life.
German media, who were banned from reporting on his work in recent years, are reporting he died of “heart failure”.
Acknowledging that his life was under threat, Ulfkotte explained that he was in a better position than most journalists to expose the truth because he didn’t have any children who could be threatened.
Speaking to the Russian newspaper Russian Insider, Ulkfotte said: “When I told the Frankfurter Allgemeine Zeitung (Ulfkotte’s newspaper) that I would publish the book, their lawyers sent me a letter threatening with all legal consequences if I would publish any names or secrets – but I don’t mind. You see, I don’t have children to take care of.“
His fears for a war in Europe, lead him to his decision to tell the truth about corporate media being controlled by intelligence services on behalf of the financial class.
“I’ve been a journalist for about 25 years, and I’ve been educated to lie, to betray, and not to tell the truth to the public,” Ulfkotte told Russia Today. “I was supported by the Central Intelligence Agency, the CIA. Why? Because I am pro-American.”
“The German and American media tries to bring war to the people in Europe, to bring war to Russia. This is a point of no return, and I am going to stand up and say… it is not right what I have done in the past, to manipulate people, to make propaganda against Russia.”
Ulfkotte said most corporate media journalists in the United States and Europe are “so-called non-official cover,” meaning that they work for an intelligence agency. “I think it is especially the case with British journalists, because they have a much closer relationship. It is especially the case with Israeli journalists. Of course with French journalists. … It is the case for Australians, [with] journalists from New Zealand, from Taiwan, well, there is many countries,” he said.

Ulfkotte’s book Bought Journalists became a bestseller in Germany but, in a bizarre twist which Ulfkotte says characterizes the disconnect caused by CIA control of the western media, the book cannot be reported on by the German press.
Ulfkotte said: “No German mainstream journalist is allowed to report about [my] book. Otherwise he or she will be sacked. So we have a bestseller now that no German journalist is allowed to write or talk about.”
Among the stories Ulfkotte says he was ordered by the CIA to plant in his newspaper was a fake story that Libyan President Moammar Gaddafi was building poison gas factories in 2011.
“The German and American media tries to bring war to the people in Europe, to bring war to Russia,” he told RT.
“This is a point of no return, and I am going to stand up and say … it is not right what I have done in the past, to manipulate people, to make propaganda against Russia, and it is not right what my colleagues do, and have done in the past, because they are bribed to betray the people not only in Germany, all over Europe. … I am very fearful of a new war in Europe, and I don’t like to have this situation again, because war is never coming from itself, there is always people who push for war, and this is not only politicians, it is journalists too. … We have betrayed our readers, just to push for war. … I don’t want this anymore; I’m fed up with this propaganda. We live in a banana republic, and not in a democratic country where we have press freedom.”