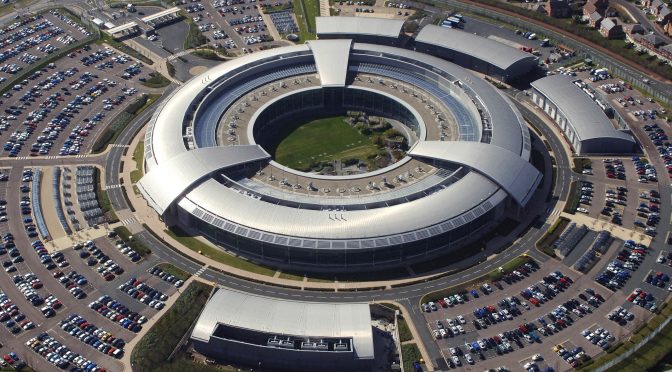 The prevailing system of multi-layered cartels are founded on secrets, and compartmentalization. Any attempt at uncloaking these operational secrets risks incurring the wrath of the gods in the Capitol.
Fourteen years of isolation, some unofficially-acknowledged torture routines, await those who are tired of towing the establishment’s line and decide to spill the black beans from inside their own institution.

Spies and civil servants who leak national security secrets face up to 14 years in jail, in a major overhaul of the Official Secrets Act in the face of the growing threat from Russia, the Daily Telegraph has learnt.
Foreign spies who steal information from the Government and leak it overseas, or those who snoop on British embassies, will also face prosecution in British courts for the first time, under plans to be considered by ministers.
Under the proposals, which are published today, officials who leak “sensitive information” about the British economy that damages national security could also be jailed.


The proposals from Government’s independent law advisers also advise that the four Official Secrets Acts, which back to 1911, are scrapped and replaced with a modernised Espionage Act and a data disclosure law.
Experts said the Law Commission’s plans – drawn up after a request from the Cabinet Office and in consultation with MI5 and MI6 as well as civil liberty groups – were vital to help Britain tackle the snooping threat from Russia.
The review says: “It is crucial that the United Kingdom has a robust legislative response that meets the challenges posed by espionage in the 21st century.” Current legislation is “not capable of reflecting the potential harm and culpability that may arise in a serious case” of stealing state secrets, it says.
Under the Official Secrets Act 1989, an “unauthorised disclosure” of classified information carries a maximum sentence of just two years in jail – the same penalty as for a data breach by a National Lottery worker.
The review is the first time that official secrets legislation has been overhauled in a century amid concerns that it is “archaic” and has failed to keep pace with advances in technology and modern threats.

It says: “In the digital age, the volume of information that can be disclosed without authorisation is much greater than when the Official Secrets Act 1989 was originally drafted.” This meant that “the ability to cause damage to the national interest and the risk of such damage occurring has also increased”.
Pointing out that the maximum jail term for such breaches in Canada is 14 years in jail, it adds: “We provisionally conclude that the maximum sentences currently available for the offences contained in the Official Secrets Act 1989 are not capable of reflecting the potential harm and culpability that may arise in a serious case.”
Writing in today’s Daily Telegraph, Professor David Ormerod, the Law Commissioner who drew up the reforms, said at present Britain’s “principal legal protection in the United Kingdom against espionage” was the 1911 Official Secrets Act.
He says: “Some offences in the 1911 Act are focused narrowly on protecting specific locations, but are mainly related mainly to sites of munitions of war.
“But what about an embassy abroad? Or a data centre? The legislation needs to protect against modern threats.”

Lord Carlile of Berriew, the former reviewer of anti-terrorism legislation, added that the reforms would help combat “hacking by either the Russians or people who disclose what they have hacked to the Russians, or anybody with malign motives started to hack into British national security materiel”.
The overhaul comes after Alex Younger, the head of MI6, warned in December that cyber attacks and attempts to subvert democracy by states such as Russia posed a fundamental threat to British sovereignty.
And it comes in the wake of the Edward Snowden case which saw the former US defence contractor copied classified information from the National Security Agency, before fleeing fled to Hong Kong where he passed the data to journalists. He eventually flew to Russia where he is thought to reside today.
The 324-page review suggests that anyone who leaks “sensitive information” that damages the economy could be jailed under the Official Secrets Act.
Currently official secrets legislation is limited to breaches which jeopardise security, intelligence defence, confidential information and international relations.
The review suggests the law is expanded to cover “information that affects the economic well-being of the United Kingdom in so far as it relates to national security”.
Foreigners who leak information overseas that damages British national security could also be prosecuted in the UK for the first time.
This would include a non-British citizen seconded to a government department and in that role have access to information that relates to security and intelligence”.
Currently, they can only be prosecuted if the leak is by a British national or happens on UK soil.

What this indicates is that: since, they could not shutdown the internet infrastructure to stop people from sharing information without hurting their planned Technocratic Dictatorship by now, they might as well take the necessary offensive via the legal highway, with intimidating rules to deter any would-be leakers from divulging state, or institutional secrets.
But just like any determined terrorist, a human being who has grown a conscience and fueled by a strong, clear conviction of what is right and wrong, could never be stopped.