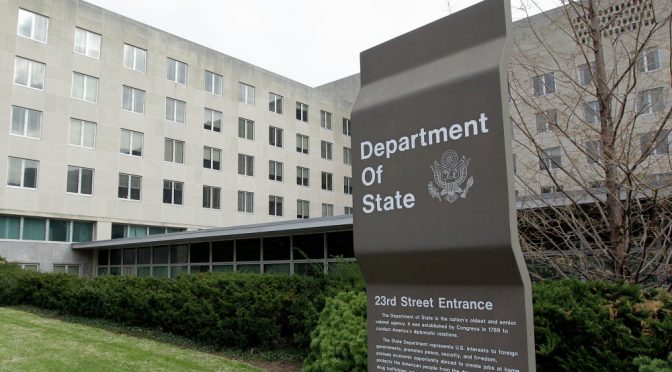 There’s an ongoing removal of the remnants of the previous administrations, i.e. the permanent holdovers of the Deep State, by the new Secretary of State Rex Tillerson.
Through his lieutenants, the holdovers are advised to vacate the 7th floor as their services are no longer needed which, as expected, the opposition party disguising as the mainstream media has been so furious about, as if they know better than the one in charge.
These career professionals and so-called “diplomatic experts” are now being “moved aside.”
CBSNews reports, 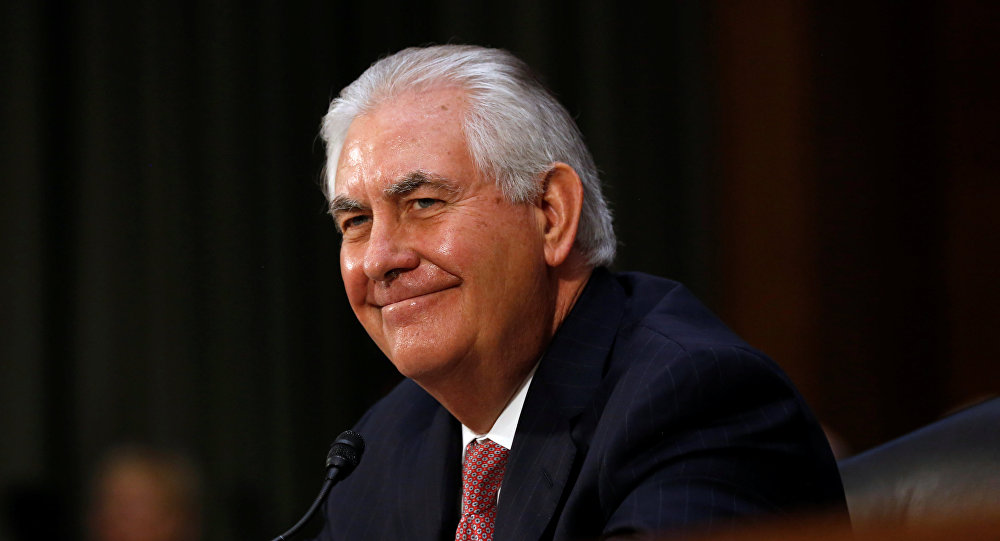 While Rex Tillerson is on his first overseas trip as Secretary of State, his aides laid off staff at the State Department on Thursday.
Much of seventh-floor staff, who work for the Deputy Secretary of State for Management and Resources and the Counselor offices, were told today that their services were no longer needed.
These staffers in particular are often the conduit between the secretary’s office to the country bureaus, where the regional expertise is centered. Inside the State Department, some officials fear that this is a politically-minded purge that cuts out much-needed expertise from the policy-making, rather than simply reorganizing the bureaucracy.
There are clear signals being sent that many key foreign policy portfolios will be controlled directly by the White House, rather than through the professional diplomats.
Not a single State Department official was included in the White House meetings with Israeli Prime Minister Benjamin Netanyahu this week. Trump’s son-in-law, Jared Kushner – who has  no regional expertise or diplomatic experience –  had a greater role in the meeting than the Senate-confirmed secretary of State.
Rex Tillerson was absent Wednesday but did join Kushner and Netanyahu for dinner the night before. Acting Deputy Secretary of State Tom Shannon was on the official schedule to take his place but was then shut out of the White House meeting.
In an emailed statement to CBS News, a State Department official explained that the decision to modify the meeting was made at the White House to “allow for a more personal discussion.” That presumably is a reference to the long-standing friendship between Trump, Kushner, and Netanyahu.
That particular incident was disheartening to many State Department officials who hope that Mr. Tillerson – who had a long career as Exxon Mobil’s CEO –  will bring his worldly experience and management to a building that has been demoralized by the Trump administration’s antipathy toward multilateralism and cavalier approach to diplomacy.
Two sources also told CBS News that Ambassador Kristie Kenney, the Counselor of the State Department and one of the last remaining senior officials, was informed that she will be let go. She is a career foreign service officer who had served as an ambassador under Presidents Obama, Bush and Clinton. Her staff was told that Secretary Tillerson does not intend to fill the counselor’s position anytime soon.
While positions are often reshuffled during transitions and those perceived as politically-oriented are moved aside, the departures leave the positions vacant at a time of global instability.

Who created the instability in the first place?
Of course, the fake news media won’t answer that. They would rather focus more on the highly “irresponsible decision” of the new state secretary.

“It is irresponsible to let qualified, nonpartisan, experienced people go before you have any idea of their replacement. You can’t do foreign policy by sitting in the White House, just out of your back pocket,” explains Tom Countryman, Former Assistant Secretary for Non-Proliferation who was let go earlier this month.

Countryman worries that the White House is displaying an intent not to rely on the State Department for foreign policy, in that…

“… no one will be in place to challenge the edicts drawn up in the Oval Office.”

There you go, the unelected, perennial holdovers at the State Department also want to make decisions other than the policies set forth by the elected president. Very democratic, indeed.
Under the previous administrations, the State Department has been notorious for bungling down the ongoing peace negotiation efforts before any workable peace agreement is reached with countries subjected to “regime change” operations by the CIA.
This has caused a lot of flip-flopping positions during the Obama administration with regards to Syria,

“The contacts continue, but every time we agree on something, the US side backtracks from the agreements that have already been reached,” Lavrov said.

… which cost some dizzying foreign trips for Sec. John Kerry – not that he doesn’t like it. But he was caught to have said on a live mic that he, too, is for the continued arming of the “moderate rebels,” and the departure of Syrian President Assad, in stark contrast to everything he said to his Russian counterpart FM Lavrov.
It turned out that the likes of Victoria Nuland were not taking their cue from Obama, but from Dick Cheney. She has since resigned to avoid embarrassment of being kicked out of office.
Just like the intelligence community, there are people in the State Department who stay irrespective of whoever sits in the White House. These are the same people on the 7th floor of the State Department that is now being advised to disappear before the secretary returns from Europe.
For disagreeing all his actions, and for telling different stories other than what he is actually doing, Donald Trump is calling the media as the enemy of the people.

The FAKE NEWS media (failing @nytimes, @NBCNews, @ABC, @CBS, @CNN) is not my enemy, it is the enemy of the American People!

Earlier, there were reports of massive purging of political appointees to the department.