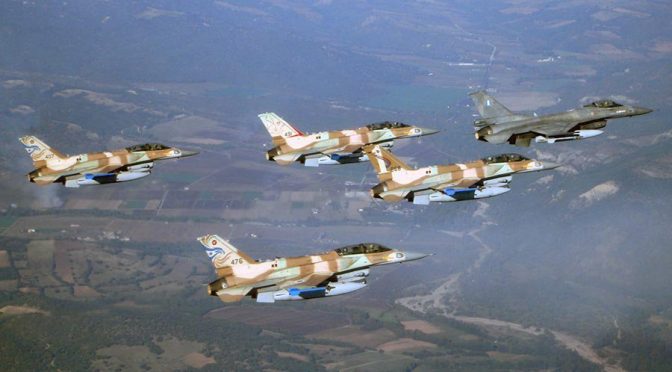 US Sen. John McCain is profusely enjoying the limelight these days as he moves about his sphere of chaos. His own spokeswoman confirmed that he went to Syria and Iraq to “asses the dynamic conditions on the ground.”

Senator John McCain (R-Arizona) made a secret trip to a Kurdish-held region in northern Syria last weekend to speak with US military officials, rebel fighters, and leaders in the region.
On Wednesday, Julie Tarallo, a spokeswoman for McCain, confirmed that he’d made the trip, calling it a “valuable opportunity to assess dynamic conditions on the ground in Syria and Iraq.”

Tarallo also praised President Donald Trump’s late January order to conduct a a 30-day review of US strategy to combat Islamic State (IS, formerly ISIS/ISIL), saying that “Senator McCain looks forward to working with the administration and military leaders to optimize our approach for accomplishing ISIL’s lasting defeat.”

After the two-faced McCain left the bearded cannon fodders, Israel dropped some bombs on the Syrian Arab Army positions in order to give them some respite from the 24/7 government operations.

Syria peace talks are expected to begin this week in Geneva. And what are the Israelis doing? Bombing Syrian Arab Army positions near the Lebanese border.
Because as we all know, the Israelis are really good at these “ceasefire” things. Especially when they have no business interfering in any way in a conflict:
Minutes ago, an Israeli warplane conducted an airstrike over the western countryside of Damascus, targeting the Syrian Arab Army’s (SAA) positions in the Qalamoun Mountains near the Lebanese border.
A Syrian Army source told Al-Masdar this morning that the Israeli warplane had crossed into Syria after flying over Lebanon’s ‘Arsal Barrens, where both Al-Qaeda and the Islamic State (ISIS) are headquartered in the eastern Beqa’a Governorate.
The Syrian Army source added that the specific location of the attack was in the Jard Nalhleh area of the Qalamoun Mountains.
Oh, isn’t that interesting? The Israelis flew over ISIS and al-Qaeda positions — but saved their bombs for the Syrians. Quite telling.

There were no reported casualties.
If Israel admits that it did indeed bomb a sovereign state unprovoked (which is unlikely to happen), it will probably claim that it was targeting “terrorists” such as Hezbollah. The problem is that Russia’s Foreign Minister Sergei Lavrov has made it clear that Russia thinks Hezbollah has played an important role in defeating ISIS in Syria.
A bit of a diplomatic pickle for the Israelis, no?
Israel doesn’t want to return Syrian land that it stole, so it needs the war in Syria to continue. These airstrikes aren’t too surprising.

This is not the first time that the Syrian military was hit by US-made air assets during the entire course of the US-led invasion. Of course, all of these surprise attacks are meant not to help the Syrian Arab Army defeat the Daesh terrorists, but to help the latter survive a developing military cauldron.
McCain went there for only one thing, i.e. to give the “moderate rebels” some measure of false hopes, while his agitator friend is launching a massive operation to undermine the Trump administration nationwide.