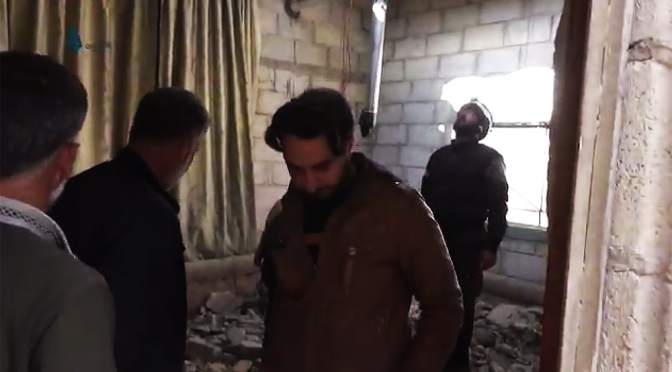 The White Helmets were awarded Best Short Documentary for having captured the best acts of rescuing wounded personnel in Aleppo and other parts in Syria.
Here’s one of their iconic action on the ground.

They just rescued a gas canister that the Daesh terrorists are using to bomb unarmed civilians with chemicals.
White Helmets’ headquarters are littered with al-Qaeda slogan…

Oscar winners in their al-Qaeda headquarters waiting for new acts! The slogan in the circle is that of al-Qaeda everywhere in the world! pic.twitter.com/ocDjGP1BL3

White Helmets are the rescue team and propaganda arm of Al Nusra Front, and for New York to honor them with a live concert is beyond the bastardizing of the memory of those who died in WTC 9/11.

White Helmets have deep pocket sponsors in the West…

Behind the PR stunt for #alQaeda / #WhiteHelmets in #NewYorkCity. Thank you @MaxBlumenthal and @VanessaBeeley. pic.twitter.com/bJnfx1sxYI

… which include the US taxpayers.

Why are the brave and free Americans allowing these?

2 thoughts on “Here's how the White Helmets got their Oscars…”