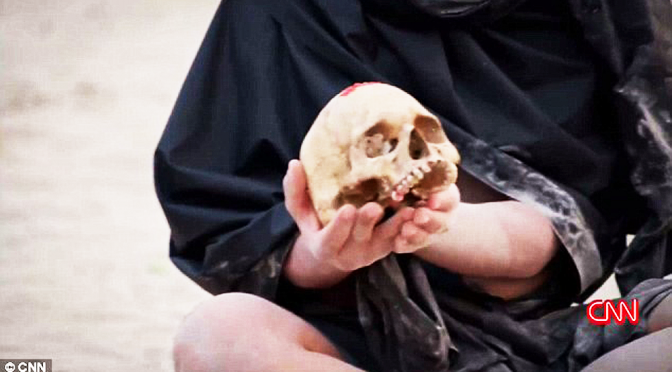 In their panic to save the mainstream narrative, that all is well in their fantasy world, CNN broadcasted a documentary on ritual cannibalism to contain Wikileaks’ anti-CIA nuclear bomb called Vault7.
How a mainstream broadcast entity could have gone so low as to tackle a subject that has no relevance to the issues of the day and age is beyond comprehension.

Are they now trying to add more to the “Muslims are terrorists” hate-inspiring narrative, with another equally divisive “Hindus are man eaters,” too?
This racist tactic may have worked a century ago, but current realities are only showing how stupid the whole exercise really is.
As expected, all they got in return is worldwide condemnation, and a new name, i.e. Cannibal News Network.
Sounds  just about right.

2/ I am very disturbed that CNN is using its power and influence to increase people’s misunderstanding and fear of Hinduism.

For decades, the CNN and allied Rothschild media networks, have been cannibalizing the brains of the Western population and that of the rest of the world, with half-truths and blatant fabrication of narratives.

These propaganda outfits have enjoyed the “presumption of regularity” in all their activities, i.e. where people assumes anything that is aired through their elaborately decorated studios to be true. Otherwise, the story must be “fake news.”
The glaring divide among the US electorate is one sad example of the grave effects of a deliberate and systematic dumbing down of the Americans. Some are even willing to fight it out in favor of a candidate who has been living in at least two different realities.

To put it bluntly, the entire Deep State is now in an uncomfortable deep shit that’s been spread around their faces.
But everything they have said all this time is now being exposed as one big lie.
For the CNN to project that cannibalism is Hinduism would cost them more than just their own reputation, if they still have it.
The less than a 100-strong Aghori tribe does not represent Hinduism, and is in fact being frowned upon by the latter. A billion-strong Hindus are now moving to boycott CNN for good.

Work all your life for a headline like this?
It seems that CNN’s Reza Aslan is also a victim of their own cannibalistic enterprise. He could not decipher anymore, which material could add more to the enlightenment of the masses from feeding the appetite of the beasts. 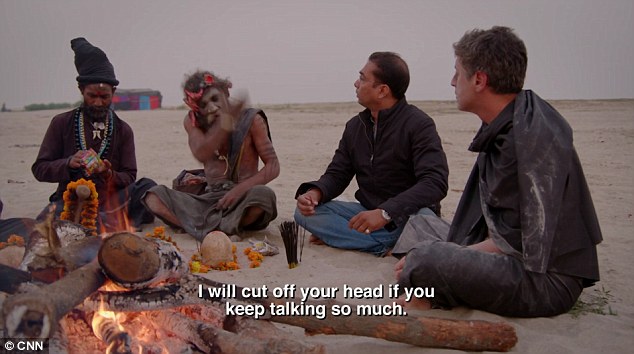 We are told to give the guy a break, as he was through scouring the CNN headquarter for brains, but there was none. Seriously though, we think that there’s something more to the stagecraft, as always.
While journalist, part-time cannibal, Aslan may be doing his own brand of journalism, the Cannibal News Network itself has a more elaborate agenda.
We suspect that aside from diverting the world’s attention from the fallout of Wikileaks’ Vault7 revelations, and sowing divisiveness among Immigrant America, the Deep State conglomerate is also trying to normalize Satanic rituals that’s been implicating the highest ranking public officials of the West, i.e. PedoGate and PizzaGate scandals, in the last few months.

According to our DHS Insider,
“There is a concerted attack on Sessions due to his zeroing in on the pedophilia scandal called Pedogate. John McCain and Lindsay Graham are secretly working with Chuck Schumer and members of the clandestine services of both US and Israel to remove Sessions, or at least stop the Pedophilia investigation in its tracks.”
As you probably know, what is now becoming known as “Pedogate” represents not only hundreds of millions of dollars in hush money, but also untold political influence-peddling.
Rince Pribus is also a key player in covering up the scandal, as is Adam Schiff, Nancy Pelosi, John Podesta, Hillary and Bill Clinton, and of course Barack Obama.
When Netanyahu met with Trump, Netanyahu attempted to convince Trump the pedophilia scandal was “a false premise”. Netanyahu is also scared of exposure. Trump became suspicious and has become increasingly aware of how big the pedophile scandal is.
Trump has told several in his inner circle that [quoted by our insider] “the swamp is much more polluted than I expected“.  He has spoken to Chris Christie extensively about the Pedophilia ring(s) and it has been determined that branches of the ring spread as far as Asia, and are rooted in the deepest corners of both the US and the UK political system.
Trump was overheard telling his daughter [quoted by our source] “This town is pedophile central…” and “This makes me sick“.

Cannibalism is at the center of Luciferian rituals.
https://youtu.be/ADGQyOqkUac
Basically, pedophiles are running the Western world according to a few courageous Western investigative journalists themselves.
https://youtu.be/DFZRQcSMeeM
Are they now moving in for the kill, that all religions are bad, except Catholicism, so that they could finally establish the One World Religion?
If that’s the case, then Pope Bergoglio’s recent statement that he’s now contemplating of allowing married men to join the Pedophile, Inc. should come as no surprise. 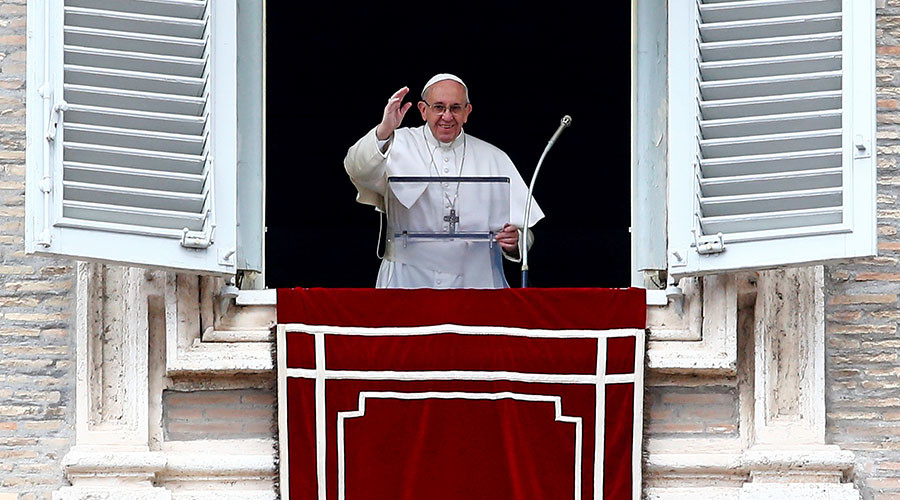 Pope Francis has indicated that he’s open to the possibility of ordaining married men as a means of dealing with priest shortages facing remote Catholic communities, according to an interview published in Die Zeit.
The pope stressed that removing the celibacy rule was not the answer to the Catholic Church’s priest shortage but expressed a willingness to examine whether married men of proven faith, known as “viri probati,” could be ordained.
“We must consider if viri probati is a possibility. Then we must determine what tasks they can perform, for example, in remote communities,”AP quoted the pontiff as saying.

https://youtu.be/dcpVrtv2t-M
As far as we could discern it, modern day religions are not just confined to the organized church, but also in many divisive “movements” that they’ve sponsored.
We could not spot any difference in the LGBT movement, or the climate change pseudo-environmentalists club anymore, etc., when compared to the old religions anymore. They all seem to serve the same purpose.
Indeed, they are.
Geopolitically, a kinetic quarrel between Muslim Iran and Hindu India could be useful now to weaken the BRICS Alliance, and sabotage the Eurasian “One Belt One Road” project of China. CNN’s Reza Aslan is identified as an Iranian-born religious scholar.
When will they finally wake up to the reality that they’ve lost the war?

3 thoughts on “Mainstream Media Exposed its Own Cannibalism… and more”