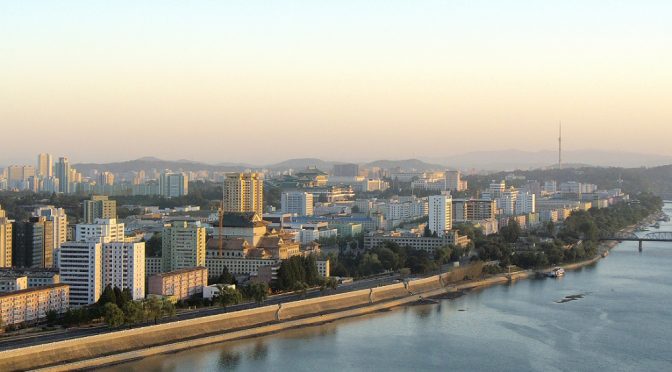 We have a very hazy picture of what North Korea really is all about. All the while we’ve seen how they can afford to launch multiple ICBMs in one testing session, without really being an economic powerhouse like the case in the South. How did they survive through all these years of Western sanctions?
Notably, South Korea has, in more than one occasion, sit on the same table with the North, exploring possible reunification with the latter. They’ve even tried to establish a common economic zone near the border, where the South could share its economic prosperity with the North as a prelude to a full reintegration.
China has also offered to finance the construction of a Korean Railway system spanning both territories as part of the Belt and Road Initiative that’s now being incorporated into the UN Security Council resolution for the first time, as a way to foster global peace. Yet, the Korean Cold War is yet to find its final resolution.

What exactly is hampering the process of officially ending the Korean War of the 1950s?

“The people of the world have to be told the complete story about Korea and our government’s role in fostering imbalance and conflict. Action must be taken by lawyers, community groups, peace activists, and all citizens of the planet, to prevent the U.S. government from successfully generating a propaganda campaign to support aggression in North Korea. The American people have been subjected to a grand deception. There is too much at stake to get fooled again. This peace delegation learned in the DPRK a significant piece of truth essential in international relations. It’s how broader communication, negotiation followed by maintained promises, and a deep commitment to peace can save the world – literally – from a dark nuclear future. Experience and truth free us from the threat of war. Our foray into North Korea, this report and our on-going project are small efforts to make and set us free.”

Christopher Black is an international criminal lawyer based in Toronto. He is known for a number of high-profile war crimes cases and recently published his novel “Beneath the Clouds. He writes essays on international law, politics and world events, especially for the online magazine “New Eastern Outlook.”

MiG Alley: How the air war over #Korea became a bloodbath for the West https://t.co/t53wLpkomK