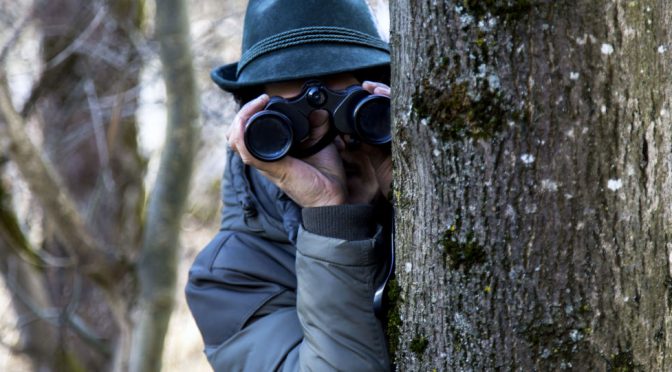 Data from 47 hard drives, plus more than 600 million pages of information taken away by NSA/CIA contractor Dennis Montgomery, can prove that a “systematic illegal surveillance” on prominent Americans and US businessmen, including Donald Trump” did occur.
How are you today, Mr. Soetoro?
Still busy, huh?

Sputnik
While the US mainstream media is busy blowing up the story about the Trump campaign allegedly coordinating efforts with Russian operatives to defeat Hillary Clinton, there is yet another plot continuing to thicken in Washington.

“Finally, I want to be clear, none of this surveillance was related to Russia or the investigation of Russian activities or of the Trump team,” Nunes said.
Commenting on the matter, Mollie Hemingway of The Federalist highlighted that when asked if he thinks the Obama administration and the US intelligence community “spied” on Trump, Nunes underscored: “I’m not going to get into legal definitions here, but clearly I have a concern.”
“While incidental collection isn’t technically spying, the dissemination of such information without cause makes it look a lot like it is,” Hemingway remarked.
On the next day Fox News announced, citing Capitol Hill sources, that Republican congressional investigators expect a potential “smoking gun” related to the Obama administration’s surveillance on Trump’s transition team and, apparently, the president-elect himself.
According to the sources, the intelligence leaves no doubt that the previous administration used “the cover of legitimate surveillance on foreign targets to spy on President-elect Trump.”
Still, it appears there is a straw that may finally break the camel’s back.

On March 22, Larry Klayman, a lawyer who founded Judicial Watch and is currently running Freedom Watch, wrote a letter to the House Intelligence Committee, calling attention to a CIA/NSA whistleblower’s evidence on “systematic illegal surveillance” on prominent Americans and US businessmen, including Donald Trump.
According to Klayman, former CIA/NSA contractor Dennis Montgomery discovered this illegal practice about two years ago.
“Montgomery left the NSA and CIA with 47 hard drives and over 600 million pages of information, much of which is classified, and sought to come forward legally as a whistleblower to appropriate government entities, including congressional intelligence committees, to expose that the spy agencies were engaged for years in systematic illegal surveillance on prominent Americans, including the chief justice of the Supreme Court, other justices, 156 judges, prominent businessmen such as Donald Trump, and even yours truly,” Klayman wrote.
“Working side by side with Obama’s former Director of National Intelligence (DIA), James Clapper, and Obama’s former Director of the CIA, John Brennan, Montgomery witnessed ‘up close and personal’ this ‘Orwellian Big Brother’ intrusion on privacy, likely for potential coercion, blackmail or other nefarious purposes,” the Freedom Watch founder highlighted.

Klayman wrote that Montgomery was brought by Freedom Watch to FBI Director James Comey.
“Montgomery produced the hard drives and later was interviewed under oath in a secure room at the FBI Office in the District of Colombia,” he noted, adding that although the interview was conducted two years ago virtually nothing has happened since that time.
“It would appear that the FBI’s investigation was “buried” by FBI Director Comey, perhaps because the FBI itself collaborates with the spy agencies to conduct illegal surveillance,” Klayman assumed.
FBI Director James Comey, left, joined by National Security Agency Director Michael Rogers, right, testifies on Capitol Hill in Washington, Monday, March 20, 2017, before the House Intelligence Committee hearing on allegations of Russian interference in the 2016 U.S. presidential election

Will the Leak Help Republicans to Hold Obama Administration Accountable?

Sputnik got in touch with investigative journalist and Wall Street analyst Charles Ortel, asking him to comment on the issue.
So, is Freedom Watch’s source really credible?
“Given where we now are in this extended process, wherein so many questions have now arisen about potential excesses and oversight of security services, I think qualified, apolitical experts need to be brought in, given resources, and then work with Congress and others to find out who is credible, who is not credible and explain how American tax dollars, and borrowing capacity are used to protect us, whether these efforts are succeeding, and who may be abusing our security apparatus, to what ends, and to what degree,” Ortel told Sputnik.
Will this leak help Republicans to hold the Obama administration’s former officials accountable?
“Yes, but what it really may do is to serve to hold members of the ‘Uniparty’ establishment accountable: the Bush wing of the Republican Party, and the Clinton/Obama wing of the Democratic Party,” the Wall Street analyst responded.
“Clearly, during the Obama terms (January 2009 — January 2017), the ‘mainstream’ media lost interest (and perhaps ability) in performing investigations of potential government misconduct, and we need not repeat the long list of unanswered questions concerning topics including Fast+Furious gunrunning across our southern border, the Arab Spring, Libya, Syria, ISIS [Daesh], and possible spying on US citizens, including political rivals and enemies,” he pointed out.
Supporters of Democratic U.S. presidential nominee Hillary Clinton react as they watch election returns at the election night rally in New York, U.S., November 8, 2016

Democrats vs Republicans: Who Will Prevail?

While the Democrats and the Republicans are pushing ahead with two different narratives pointing the finger of blame at each other, the question remains open as to which party has more chances to prevail in this “fight.”
“In the case of the losing Hillary Clinton ‘effort’ to win the US presidency, she and her allies seem to be locked into a mindset of considering, if they are thinking productively and critically about their loss, everything but the most obvious answer. Their approach is explained, humorously, by a song that was quite popular in America several years ago called ‘It Wasn’t Me’!” the Wall Street analyst said.
“Team Clinton spent far more money, far less effectively pursuing an election victory behind a candidate that was not energetic, connected to the public, or able to put together a credible and inspiring message. Even now, the Clinton Team and those in media who were so wedded to her candidacy seem to be treating the Trump coalition and even the general public as being too dumb to understand what may be good for us,” he stressed.
According to Ortel, regardless of the smear campaign in the US left-leaning mainstream media, President Trump holds many more cards than his political opponents.
“Donald Trump is still, believe it or not, in the “honeymoon” first 100-day period of his first term — he holds many more cards than discredited partisans who are outsiders, directly responsible for alienating the very people they profess to ‘serve’,” Ortel emphasized.

As for the US intelligence community, it seems that the leak may have implications for CIA, NSA and FBI officials, among others, FBI Director Comey.
In his recent interview with RT, Ortel called for a “thorough housecleaning at the FBI.”
“I certainly at this stage have to say as much as I initially liked director Comey of the FBI, he must go,” Ortel told RT Thursday.
He reiterated this thought in his Friday interview with Sputnik.
“Even without this latest set of revelations involving Montgomery, I called for a thorough housecleaning at the FBI, not simply of Director Comey, but also of his top Deputy McCabe,” the Wall Street analyst stressed.
“There are numerous upstanding line agents and others at the FBI who fearlessly and fiercely do their utmost to ferret out truths in their investigations and follow leads even when high level, powerful people are implicated,” he said.
“The potential ‘pay-for-play’ scandals and the various Clinton Foundation scandals that still have not been appropriately explained or advanced to prosecutions are too important to potentially call into question by what now seems like inept leadership,” Ortel highlighted.
“As of now, I would not bet against evolution of far-reaching oversight, and even prosecutions, should individuals tasked with intelligence gathering have harvested fruits of such work for political and/or personal advantages,” the Wall Street analyst concluded.

So, brace yourselves for more false flag operations and more unbalanced reporting on the “rebel offensive” against Syrian President Assad, on top of the fallout to Wikileaks’ Vault7, and Dennis Montgomery revelations, to distract the Sheeples’ attention away from the real news.