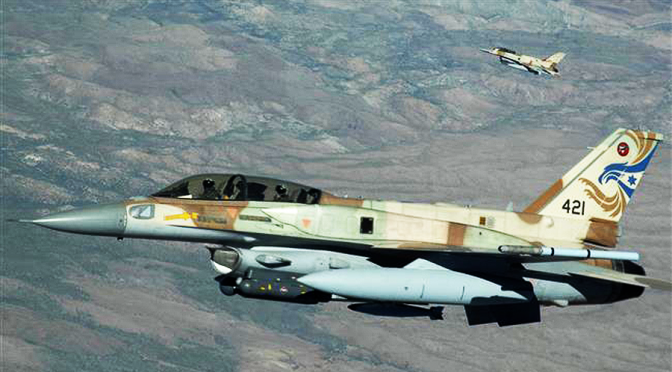 Khazarian Jews don’t want the Russian-led armed intervention to succeed in Syria. That’s why they are weaponizing every resource in the region to sabotage the whole operation. After Turkey was reportedly playing with the Syrian water supply through the Euphrates River, NATO itself is seen bombing the control mechanism at the Euphrates dam.
This is on top of the uninvited participation of the US air and ground assets in Raqqa.

Nato is causing a disaster by bombing & destroying the opening mechanism of the Euphrates dam which will cause its destruction 1/2 pic.twitter.com/KUs9zutAKL

The big question now is: What will break Vladimir Putin’s patience for Israel and the West this time around?

by Martin Jay
What is Israel’s real role in the war in Syria? Can we really believe that it doesn’t want to get involved in the conflict? And how much longer can Israel be Washington’s strong arm in the region while sustaining good relations with Russia?

Martin Jay is an award winning British journalist now based in Beirut who works on a freelance basis for a number of respected British newspapers as well as previously Al Jazeera and Deutsche Welle TV. Before Lebanon, he has worked in Africa and Europe for CNN, Euronews, CNBC, BBC, Sunday Times and Reuters. Follow him on Twitter @MartinRJay

This is what Nato media calls, "moderate opposition" in Syria! Thank god the Syrian army shot him before detonating his belt! pic.twitter.com/O5Hzq3Sugz

3 thoughts on “Israel Wants to Play Russian Roulette in Syria”