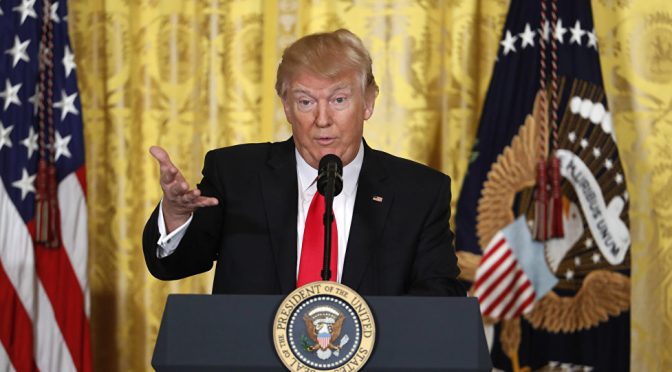 Much worse than all his predecessors combined, Donald Trump has decided to be a more efficient butcher than the Bushes, Clintons and Obama by unleashing at least 59Tomahawk missiles on a Syrian Army airfield, based on what we already know as a chemical false flag attack in the rebel-held province of Idlib, merely 77 days into office.

That’s a record breaking feat for The Donald, considering that it took 260 days for George W. Bush before launching massive airstrikes on the caves of Afghanistan.
State Secretary Rex Tillerson, just like his CEO, quickly backtracked his “Assad will be decided by the Syrian people” position to…

“There is no doubt in our minds, and the information we have supports, that the Syrian regime under the leadership of Bashar al-Assad are responsible for this attack,” Tillerson told reporters in Florida.
“It is very important that the Russian government consider carefully their support for Bashar al-Assad.” Tillerson added.

Is that a threat against the Russians, Mr. Tillerson?

Initial evaluation of the damages on the airfield indicates that there were no lives lost, but that may not be the objective after all.
Western media has called Trump’s aerial offensive “surgical” so that it could maintain its “moral standing.”

before any verified reporting of the impact of the missile strike, every media talking head and politician is calling them "surgical" pic.twitter.com/d81KwQVnTf

After a volley of 59 US Tomahawks into a Syrian airfield, ISIS terror foot soldiers launched a powerful offensive on the same target — eastern countryside of the Homs Governorate, effectively resuming the US Air Force’ role of providing air protection for Daesh terrorists on the ground, during Obama’s term.

ISIL launches offensive near military base targeted by US missiles

By Leith Fadel – 07/04/2017
BEIRUT, LEBANON (6:50 A.M.) – The Islamic State (ISIL) forces in the eastern countryside of the Homs Governorate launched a powerful offensive this morning, a local military source informed Al-Masdar.
Capitalizing on the U.S. missile strikes, the Islamic State stormed the Syrian Arab Army (SAA) checkpoints near the strategic town of Al-Furqalas.
According to local sources, the Islamic State has yet to make any gains near Al-Fuqalas, but without necessary air support, the situation could worsen in the coming hours.
The Shayrat Military Airport is one of the Syrian Air Force’s most important installations in the fight against the Islamic State due to its proximity to the Palmyra and Deir Ezzor fronts.

Is that a Pentagon strategy to maintain the “Trump, not a Clinton” image?

Two-faced Khazarian Erdogan, for his part, said Turkey would like to participate in the ongoing US military operation,

… while Israel is expressing elation of the latest US actions in Syria.
John McCain couldn’t be happier, too.

Once again, the US government is waging a one-sided war against the wrong enemy, and nobody from inside America is lifting a finger on it.
Is this really the change that the American Patriots are expecting from their Trump?
Only stupid US war veterans would do, we surmise.
But in digressing, why would these veterans concentrate on some street level pedophiles when the mission should have prioritized the Deep Swamp?
Please don’t tell us that eventually that would be the case. There’s a truckload of evidence everywhere to justify their assassinations on sight.
In contrast from quickly sending Tomahawks into the Syrian soil even without congressional authority,  not that he won’t get it, Trump promised to deal with Susan Rice “at the right time.”
So much for draining the swamp of Washington DC.
It’s all lies and deceptions all over again, and guns at the hands of the “brave and patriotic” Americans are only good for showing off.
So, what has changed really? 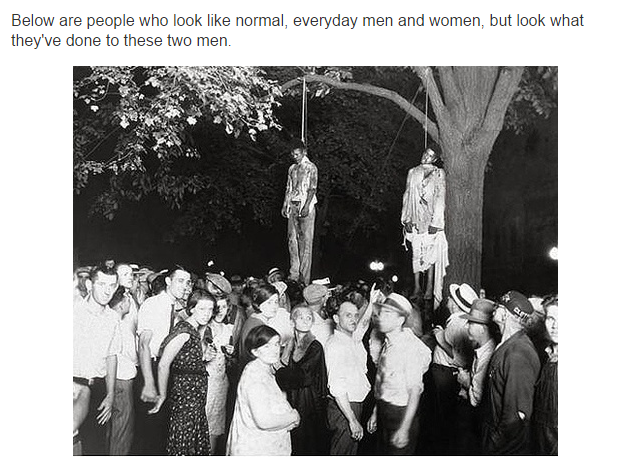 26 thoughts on “From Dealmaker to Butcher Trump in 77 Days!”