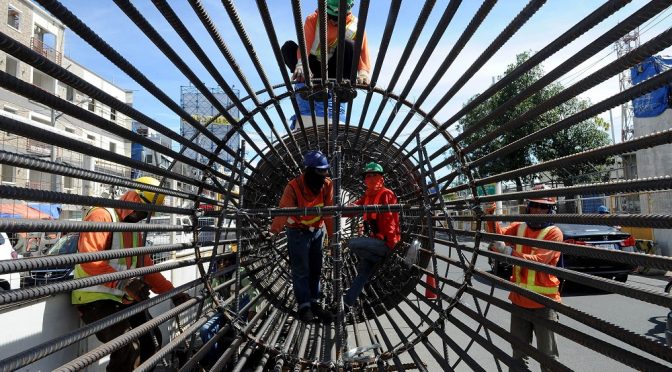 During the next five years, or at least, during the term of the Philippine strongman Mayor Rodrigo Duterte, no attempt at sowing acoustic and kinetic conflicts will be allowed in the South China Sea region.
The recently concluded ASEAN Summit 2017 saw the collective desire of the community to pursue a peaceful dialogue with China, rather than allow itself to be used as a fulcrum for some vested interests, from thousands of miles away.
This is very evident in the absence of a purposeful request from any of the other members of the ASEAN bloc to use the UNCLOS ruling, with regards to the Philippine’s EEZ rights in the South China Sea, in the Chairman’s Statement. This year’s ASEAN chair Duterte purposely avoided provoking the sensitivity of the Chinese government, which he said wouldn’t amount to nothing other than empty acoustics.

Instead, the ASEAN leadership collectively chose to focus their attention on their closer economic ties, and their joint military efforts to protect their shared border from global terrorism.
In fact, after the summit, Indonesian President Joko Widodo went to Duterte‘s home city of Davao, in order to inaugurate the new logistical link between the two countries.

But the strongest expression of defiance to Western hegemony comes in the form of a “goodwill visit” by 3 Chinese warships on that same city.

A Chinese naval fleet arrived at Davao, Philippines, on Sunday for the first visit by Chinese naval ships to the country in 7 years pic.twitter.com/KDnCNbBWsl

From here on, instead of provoking each other, both China and the Philippines will engage themselves in joint military exercises on top of their economic exchanges.
The Philippines is poised to benefit largely from the economic assistance from China, amounting to $24 billion, and from Japan [amounting to ¥ 1 trillion]. This allowed the government to institute the most ambitious ever in the history of the country, i.e. Php 9 trillion ($180 billion) “BUILD, BUILD, BUILD” infrastructure program.

The Duterte government is fully committed to the full completion of all these projects before its term ends in 2022.
It can be said that after learning its lessons from past CIA appointed administrations, the long suffering people in this part of the world have gotten rid of their collective apathy and made the first step of putting the right people in the government, which in turn have accelerated the delivery of public services, reduced the occurrence of corruption, forced the Oligarchy to change their selfish attitude towards the lower classes of society by complying with the economic direction of the government, and inspired the people to participate actively in the nation’s governance and development.
It’s high time that the rest of the world stops focusing their attention on Duterte’s drug war as it is only a peripheral issue from the viewpoint of the people.

“People want to talk about extra-judicial killings, but let’s talk about what’s really happening in this country, which is poised to boom,” Philippines Public Works Secretary Mark Villar said in an interview Wednesday.
“If we succeed in this infrastructure program, Philippines will be a middle-class country and poverty will be half of what it is today.”

The Philippines, one of the world’s fastest growing economies, has long been been plagued by inadequate infrastructure. The World Economic Forum last year scored the Philippines 106th out of 140 countries on infrastructure. Greater investment will help buoy an economic expansion that the Organisation for Economic Co-operation and Development expects at 6.1 percent annually through 2021.

So, the New York Times can screw itself down with its persistently unsubstantiated headliners. But in this part of the world, nobody cares anymore what the Western media are saying, except those local 5th columnists who are constantly frustrated in their stupid attempts at bringing down this government. How could they ever succeed with their self-serving agenda when it is the people themselves who are protecting this president?
If something like this can happen here, there’s no reason or rhyme that it can’t happen in other countries. The Oligarchy will have no other recourse but to submit to the will of the majority whenever they are united.
The ASEAN bloc is choosing peace and prosperity, rather than be embroiled in the endless wars and conflicts of the military industrial complex.