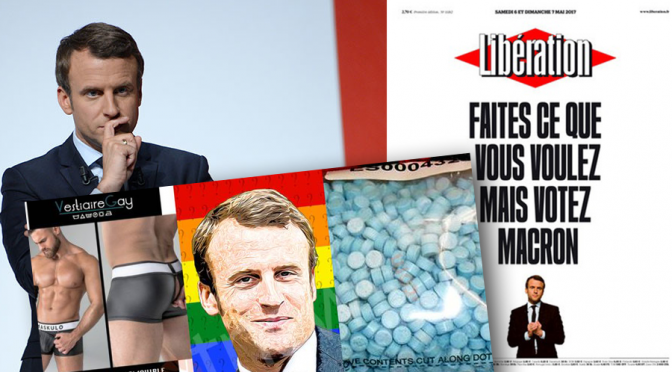 A few hours from now, the French population will be forced to choose between a Deep State stooge and a controlled opposition. That’s the best that the captured system could offer. The hackers intervened at the 11th hour. Its motive is ambiguous at best.

#MacronLeaks assessment update: This massive leak is too late to shift the election. The intent behind the timing is curious.

#MacronLeaks: A significant leak. It is not economically feasible to fabricate the whole. We are now checking parts. https://t.co/wLemQiYHT2

The French media doesn’t want a repeat of the Trump victory, of course.

Trump has since capitulated to the Deep State in his own way.
But the presence of “a name of an employee for Russian govt security contractor Evrika” in the #MacronLeaks suggests that this could be exploited by the media for another of its “Russians did it” narrative.

Remember, according to the Wikileaks’ #Vault7 dump, the CIA has the hacking technology to change the metadata of any hacking exploit so that any post-event forensic analysis would point to its enemies as the perpetrators.
The #MacronLeaks is not expected to change the outcome of the French election in favor of the Deep State media favorite Emmanuel Macron.

Why #MacronLeaks will not change French election. Macron has a 13 point advantage and French media pre-poll blackout has already started. pic.twitter.com/lwAme93gNL

… and as always, the Council on Foreign Relations is relatively happy of the impending outcome.

.@RichardHaass says while world is in disarray, at least it's not chaos/anarchy. Gives 5 steps to stability, which u can hear @ 9pm @MPRnews pic.twitter.com/cMjU7W8tro

Yeah, the French revolution might be postponed once again, to give way to the illusion of choice.