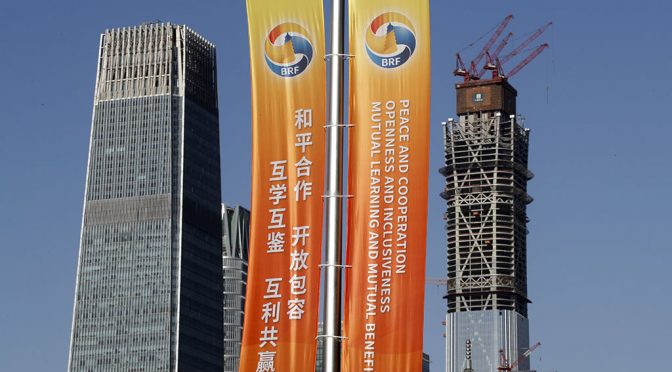 By now, the #WannaCry ransomware attack has made itself to the global consciousness, and may have made money for the CIA who got it from the NSA, and most important of all, eclipsed the historic event now happening in Beijing, at least for the mainstream media audience.
Malware Tech, a botnet tracker, reports that, as of Sunday, some 227,000 computers had been infected with the worm-like virus, which encrypts files and demands victims pay a ransom to release them.
The UK’s National Health Service (NHS) was particularly badly hit, with patient data and other administrative information reportedly affected. At least 16 NHS organizations have been infected by the virus, the health service confirmed.
London’s Thames Valley Police have urged people to avoid “opening unknown email attachments or clicking on links in spam emails.” RT

All you need to know about the #Wannacry #Ransomware: https://t.co/jZUaaPyemH #wcry pic.twitter.com/ElqcfXSgln

While Western media are focusing on regressive subjects amidst the formal shifting of global control of the East, Chinese media are discussing how the Belt and Road is showing huge potential on how peace can be forged through economic cooperation and cultural exchanges.
The Belt and Road Summit, dubbed as the “”Project of the 21st Century” is poised to dictate the trajectory by which the world’s economy will proceed from here on.

So, if you’re looking for some positivity in the global news today, try the China Global Television Network channel…

Let us help spread hope for mankind, and let the ongoing development across the vast lands of Eurasia be made known throughout the West.
The East #DontWannaCry.