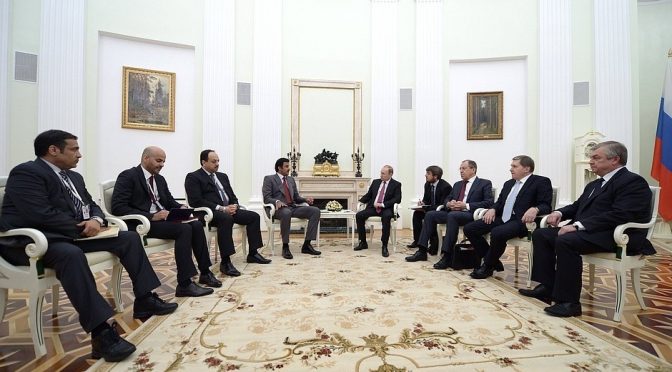 In another sign of the  waning influence of the Western Satanic Cabal, two of the world’s seemingly most unlikely partners, Russia and Qatar, have been moving closer to one another over the past year in spite of their polar opposite views towards the War on Syria.
It’s well known among the global public how Moscow supports the democratically elected and legitimate leadership of President Assad, while Doha has been behind Al Nusra and countless other “moderate rebel opposition” (terrorist) groups since day one, though the time appears to be coming where both state sponsors are making inroads towards reaching a fabled so-called “political solution”.
by Andrew Korybko for Global Research 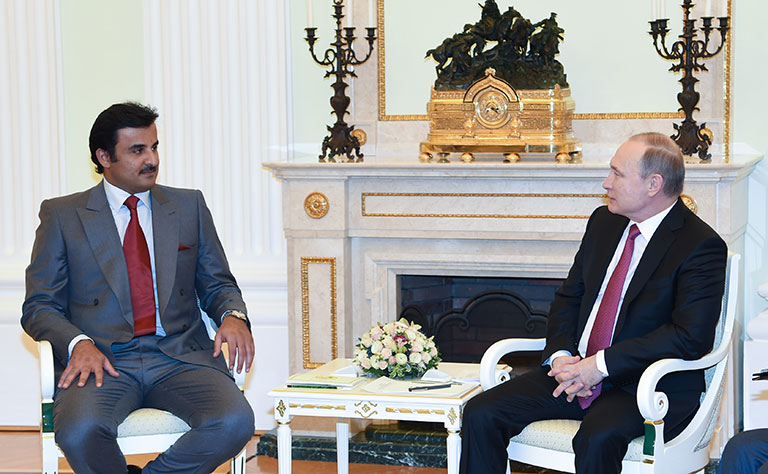 Russia has made it abundantly clear on many occasions that the War on Syria can only be wrapped up with a political, not military, solution, which therefore infers some sort of vague power-sharing agreement between President Assad and the “opposition”. The Astana format brokered between itself, Iran, and Turkey is a step in that direction, and Moscow’s peace-making efforts have won the acceptance of Damascus, although the lengthy process has only just begun and many important issues still remain unaddressed at this moment.
In principle, accepting that Russia has officially eschewed a military solution and is totally dedicated towards achieving a political one for whatever its self-interested purposes may be (e.g. avoiding mission creep, lack of political will to militarily “go all out”, etc.), the only way that it can reach this ambitious goal and make it sustainable is to enter into a complex series of deal-making with the most prominent patrons of the “moderate opposition rebels”, ergo the importance of Qatar in this framework. 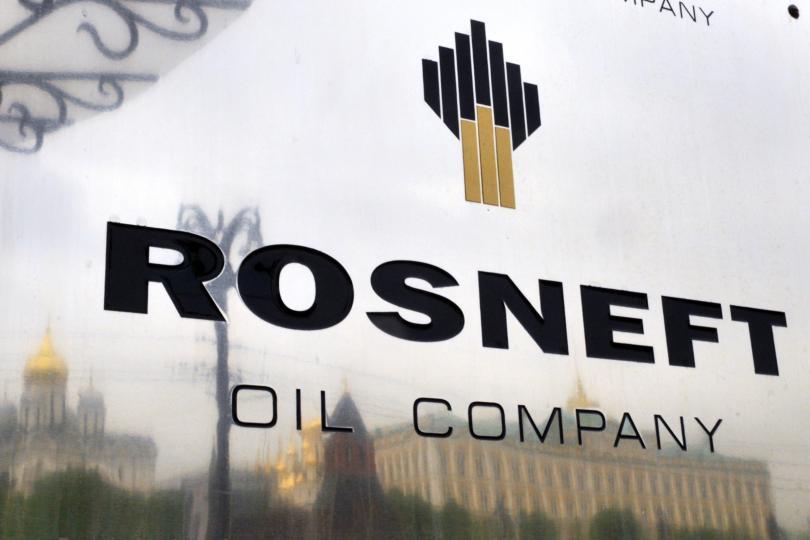 As a prelude to pragmatically bringing Qatar into the fold, Russia sold nearly 20% of oil giant Rosneft to the Kingdom and a Swiss firm in a joint deal announced at the end of last year, a power move which instantly brought the two competing powers together on a separate apolitical plane guided by common economic self-interests. This major move completely changed the calculations which had hitherto gone into analyzing the nature of Russian-Qatari relations, and it’s thus no surprise that Russia shortly thereafter began talking about including its new Mideast partner into the Astana format.
Iran, however, has been reluctant to see either energy rival Qatar or sectarian foe Saudi Arabia added to Astana, and it’s due to Tehran’s objections that neither “rebel” sponsor is officially a part of those negotiations, though that doesn’t mean that Russia hasn’t nevertheless engaged them outside this context. In fact, largely unbeknownst to many casual observers, Russia and Saudi Arabia are in the midst of a slow-moving rapprochement with one another which has been facilitated by Moscow’s newfound partners in Ankara and Islamabad (the so-called “Keys to the Kingdom”, as they’re seen in Russia), though the specific details of this intriguing development lay outside the focus of the present article.
Whether it’s Saudi Arabia or Qatar, however, both Gulf Kingdoms have global energy interests and play a leading role in the War on Syria, just as Russia does, and this resultantly provides two separate platforms for Moscow to interface with them in seeking to surmount their previously intractable divergences so as to reach a series of compromises which ultimately advance their respective interests.
Russia’s Rosneft deal with Qatar sought to minimize the strategic market rivalry between Moscow and Doha much as the OPEC deal aimed to do the same between Russia and the Saudis, with the final outcome evidently being that both energy-related arrangements succeeded in cultivating enough goodwill between all sides that their sensitive (and somewhat secret) dual-track Syrian diplomacy was able to progress.
This is seen most evidently by the two top-level events which took place on the weekend of 15-16 April, when the Qatari Foreign Minister visited Moscow and the speaker of the upper house of Russia’s parliament (and legally the third most powerful person in the country) Valentina Matvienko traveled to Saudi Arabia. Both interconnected summits dealt with Syria and visibly proved that Russia is indeed engaged in active diplomacy with these two “rebel” sponsors despite their omission from the Astana framework.
Moreover, Russia’s shrewd politicking with Qatar and Saudi Arabia over Syria also confirms that Moscow is behaving according to the precepts of what the author has previously termed the “19th-Century Great Power Chessboard”, the consummate Neo-Realist paradigm whereby Russia prioritizes its engagement with similarly sized Great Powers at the perceived (key word) expense of its smaller- and medium-sized partners such as Syria in order to promote what it believes to be the “greater good”.
To explain, Syrian officials might understandably feel uncomfortable negotiating with known terrorist groups such as Jaysh al-Islam, though this must occur in one form or another (such as the indirect template spearheaded by Astana) if the desired “political solution” is to be reached, which in and of itself isn’t possible in the first place without the group’s foreign sponsors agreeing to such a development. Had it not been for Russia’s pragmatic diplomacy with Qatar and Saudi Arabia, Jaysh al-Islam would never have been “allowed” by its backers to attend Astana, and the entire Tripartite arrangement would have been for naught.
There are definitely serious image issues involved with Russia rubbing shoulders with what had up until this moment been its chief geopolitical rivals in the region, though to refer back to the “greater good” that it’s trying to obtain, there is little else that Moscow can do if it sincerely wants to advance a political solution to the War on Syria. However awkward it may appear, such a move is ultimately necessary so long as Russia refuses to commit to a military solution, thereby making these diplomatic advances more pragmatic than paradoxical in hindsight.
The Astana arrangement between Russia, Iran, and Turkey has yielded moderate and realistic successes so far given its obvious constraints, though it’s because of its limitations and Tehran’s outright rejection of Riyadh and Doha’s participation in this format that a separate Tripartite needs to emerge in parallel between Russia, Qatar, and Saudi Arabia. There is no other way for a lasting and sustainable political solution to be reached unless Damascus’ chief ally diplomatically intercedes on its behalf in reaching Great Power deals with these two troublesome Gulf Kingdoms.

As can probably be rightly inferred, the previous clinching of energy partnerships such as the Rosneft sale to Qatar and OPEC agreement with Saudi Arabia made each of Russia’s counterparts more amenable to speaking with it, therefore setting up the present diplomatic situation leading up to the unannounced Parallel Tripartite between Russia, Qatar, and Saudi Arabia over Syria. This in turn advances Russia’s vision of playing the role of Eurasia’s chief geopolitical balancer and therefore strengthens its grand strategic plans in the New Cold War.
Having said that, however, there still remains a lot that can go wrong, and there aren’t any solid precedents to go by in forecasting whether each side can truly trust the other. Rather, what’s presently unfolding is an exercise of mutual goodwill guided by pragmatic self-interests over Syria and the broader dynamics of the global energy market, the latter of which has made it considerably easier to reach a compromise understanding over the former.
Russia will therefore have to tread very carefully as it seeks to cut political-energy deals with its wary partners/rivals in the Parallel Tripartite, but if Moscow is ultimately successful, than the outcome would inevitably be a game-changing re-division of the Mideast’s balance of power which sees Russia emerge as the region’s chief kingmaker to the US’ comparative expense.