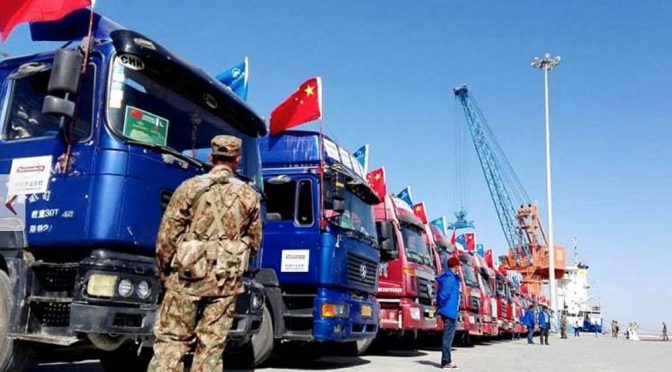 The gap between the East and West paradigms has never been wider. While China is encouraging everyone to participate constructively in the creation of a multipolar world, the Deep State media continue to belittle the “Project of the Century” by labeling it as a move to wrestle geopolitical power from the West, while its military components, i.e. intelligence, media, industry and infantry, aim to continue to satisfy its desires for perpetual wars.
Although project has been going on for the last 10 years, the development of a Greater Eurasia continues to be an obscure subject until this week, when Xi announced additional funding for the three development banks designed to back up his country’s ambitious economic project that is of no equal to date from the West.
China’s OBOR is relatively simple in concept and implementation, yet it is projected to be of profound significance for the future of the world. It seeks to leverage on the strength of each member nation, provide the facility by which each of these countries could share this strength to others and gain economic benefits from it.
That’s why Pakistan is forcing its implementation even if dark forces are doing all they can to delay it.

Pakistan to set up special force for CPEC technicians’ security 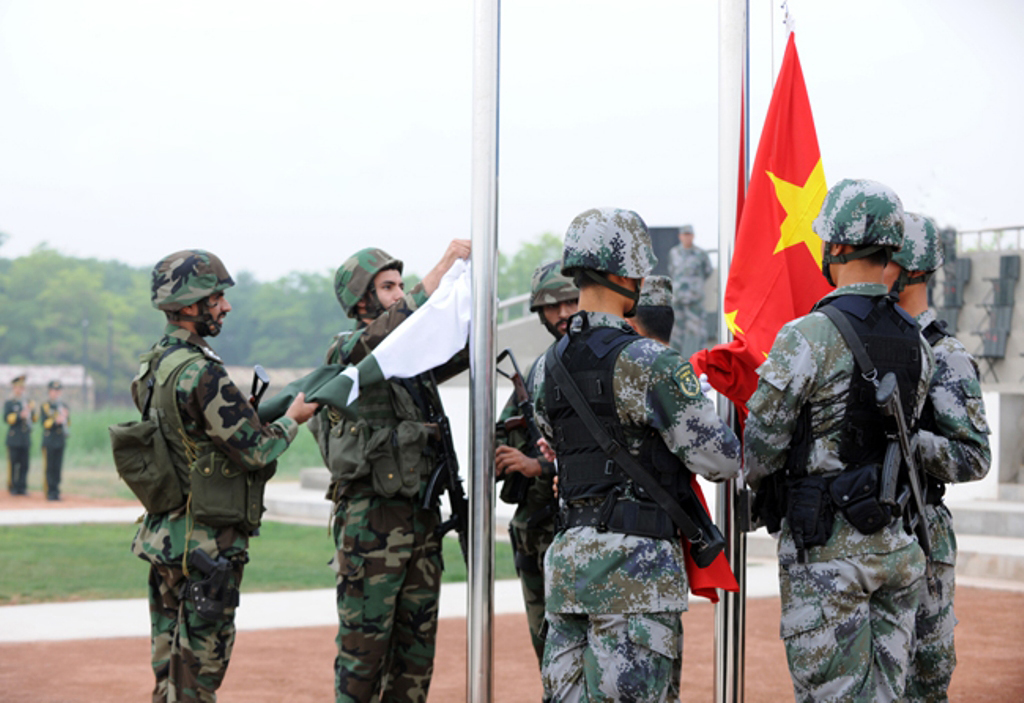 KARACHI: Pakistan will set up a special force of approximately 10,000 troops to protect Chinese people and enterprises along the China-Pakistan Economic Corridor, Chinese news agency Xinhua reported.
According to the agency, Pakistan will form a special security force for the USD 46 billion foreign investment projects and China interests.
Key military departments will train the personnel to combat different situations. Around 14,000 Chinese technicians and engineers are working on some 210 projects in Pakistan. Contingents of special security force will be deployed for their protection.
Chinese premier Xi Jinping and Prime Minister (PM) Nawaz Sharif signed an agreement for USD 46 billion investment dubbed as China-Pakistan Economic Corridor (CPEC) on 20 April 2015. 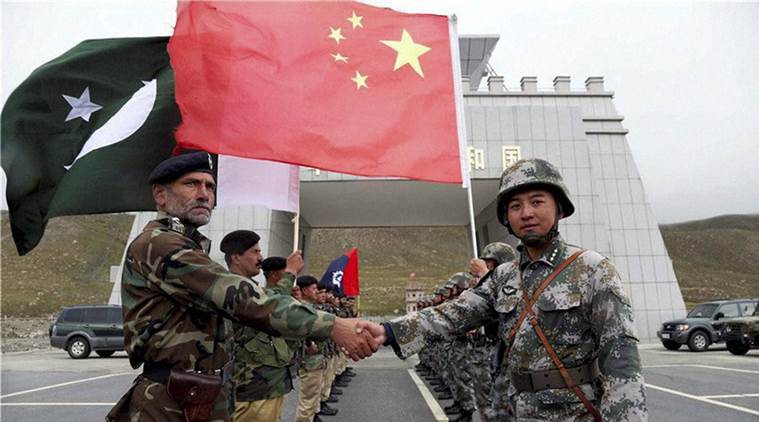 Empirical knowledge has shown that once different peoples are engaged in an open economic competition, there is also a parallel exchange of cultures and tradition that would foster greater understanding among them.
In short, peace is inherently built into the OBOR, unlike the Black Nobility’s dogma of using war in order to force peace by eliminating the competition – “Out of Chaos, Order.”
Many high profile personalities have fallen into this trap of excitement and orgasmic satisfaction when ordinary people plead for their mercy.
For China, the best way to sustain its economic position is to create more consumers for its products, by enhancing their purchasing power through economic infrastructures and consuming the latter’s primary export products. This is called a win-win solution of mutual benefit and progress. In contrast, the Western oligarchy only seeks the destruction of others so that in the end it is the only one left breathing.
In general, the oriental culture is founded on gaining respect and honor by extending the same first, while the dominant occidental culture uses constant threats and intimidation to mask its own inadequacy. The latter is so proud of its ability to transform human beings into unthinking automatons, ready and willing to serve even the most heinous, or mundane, tasks without question.

China’s leadership fully understands that if they only concentrate on developing China’s own internal economy by employing monopolist strategies, which they could certainly afford to do with more efficiency than the West could ever do, owing to their highly concentrated political power, but they will only be raising wolves around their borders.
No one knows exactly the true figures of the ongoing and planned OBOR projects, but China has already spent a $1 trillion for this purpose. The estimate is that China and OBOR members may need $5 trillion up to 2022, and $26 trillion for infrastructure projects until 2030. This includes funding for the construction of a complex network of roads, rail, oil/gas pipelines, ports, airports and special economic zones.
The trillion dollar bonds that China is holding may also be used to finance the infrastructure projects in the US mainland, if the latter wants it. Yes, not only that China has an excess of industrial products, it also has an overflowing source of funds. Can you still recall its empty urban centers?

The Philippine experience with China in the last 10 months is fundamentally overwhelming in a positive way. The country has been used to the endless hope that West is paying lip service for decades. But when the current Duterte government announced it is shifting away from the Western zero-sum paradigm, a delegation from the Bank of China went right away to the Philippines to inform the government that funds are already available, and both parties needed to sign it off. There was never a need to set prior conditions for the estimated $24 billion worth of projects.
Chinese tourists coming into the Philippines is estimated to reach a million by year end, while the West has been issuing one travel advisory after another in recent days, to deter the country from gaining tourists influx during the summer months of May. What they don’t want to say is that the last two CIA-Abu Sayyaf terrorists, who were attempting to disrupt the ASEAN meetings in Bohol weeks ago, died yesterday from military mopping up operations.
The agricultural sector is also cramming to restart its banana plantations and resume supplying China, while feasibility studies are ongoing for the construction long span bridges to link the islands together.

Who would be compelled to go to war with that?
For 70 years, the West has been retarding the economic growth of the country by exploiting its cheap labor, and feeding the Oligarchy for long-term control. Any attempt at moving away from their clout was met with coup d’ etat, and accelerated impeachment procedures.
So, while Duterte is attending the OBOR Summit in China, the West moved in to decapitate the Duterte government with an impeachment case filed by one Deep State stooge, Rep. Gary Alejano, which incidentally failed to gain traction after all members of the House Committee on Justice junked the charge for lack of substance, although some would want it even more demeaning.

Alejano is now threatening to bring the case to the International Criminal Court.
In that same token that the Deep State stooges here in Southeast Asia are trying to sabotage the journey towards peace and prosperity for everyone, both Secretary of Defense James Mattis and National Security Advisor H. R. McMaster are now promoting some long-term US combat troop commitments in Afghanistan, Iraq, and Syria.
The plans are expected to be submitted to Trump separately, with the proposal for Afghanistan coming sometime before a NATO summit in Brussels on May 25.

Porter discussed the matter with RT’s Manila Chan.
RT: Trump previously said that the US can’t be the policeman of the world. Yet, the Pentagon and the US’ military leadership are talking about this kind of open-ended commitment. Do you think Trump will cave to his hawkish advisors?
Gareth Porter: First of all, we’re talking about permanent war that has already been going on for a number of years. The war bureaucracy has made it clear that that’s their intention – to have a long-term enduring generational war in the Middle East.  What we’re really talking about here is: how is Trump going to handle the next generation of policy initiatives from the Pentagon in three different countries – Syria, Afghanistan and Iraq. Each one of those is different, in a sense, because of different internal politics and relationships between the governments and the US. Two of them, however, are similar in one sense – that is that in both the case of policy toward Syria and policy toward Iraq. The war bureaucracy is now pushing for not just more troops to fight ISIS, [Islamic State, DAESH, ISIL], but also they are proposing a long-term US stay in those countries that will involve stabilization operations.

Wow!  That’s another level of exceptionality, right there. If removing strongmen is not for democracy’s sake, what exactly is it for?
It’s to destroy peace and retard progress which the West think will empower the population of these countries, who might threaten its existence someday like Russia is supposedly doing now.
One thing is certain, if the Western Elite are not willing to drastically shift its mindset towards a peaceful future for everyone, they will be left behind from the fast paced development across Eurasia.
This may not be the perfect solution towards individual freedom, certainly the path it is navigating is leading towards that end.

Along the way, all peoples around the world need to assert in more concrete terms about their own view of what is good for the human species, and cease being herded into their own annihilation.

One thought on “Gap between East & West Paradigms Widens”