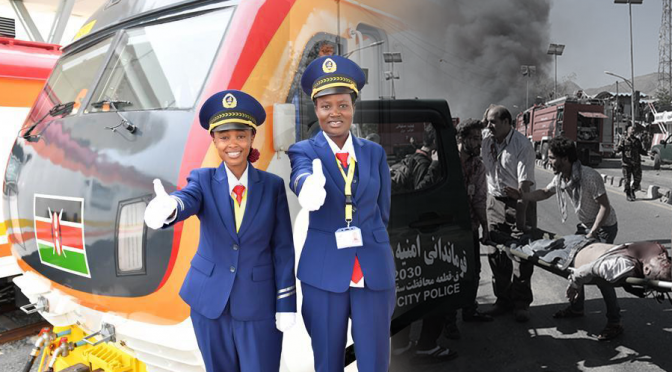 While the US intervention continues to cause deaths and destruction in Kabul, Afghanistan, the Chinese intervention in Kenya is causing it to celebrate the maiden operation of its 480-km Standard Gauge Railway from the capital city of Nairobi to Mombasa, to speed up its industrialization.
This illustrates the great divide between hegemony and multipolarity. 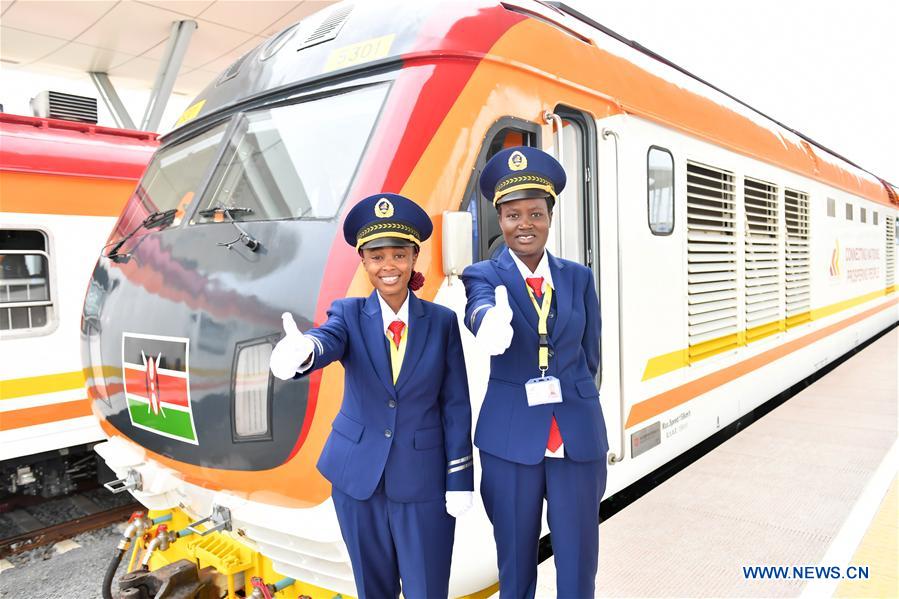 MOMBASA, May 31 — Kenya began operations on the Chinese-built Standard Gauge Railway (SGR) Wednesday in a drive to revolutionize its transportation sector and speed up industrialization.
The 480-km SGR stretches from the port of Mombasa to Kenya’s capital Nairobi, involving a total investment of 3.8 billion U.S. dollars, which makes it the African country’s largest infrastructure project since its independence. 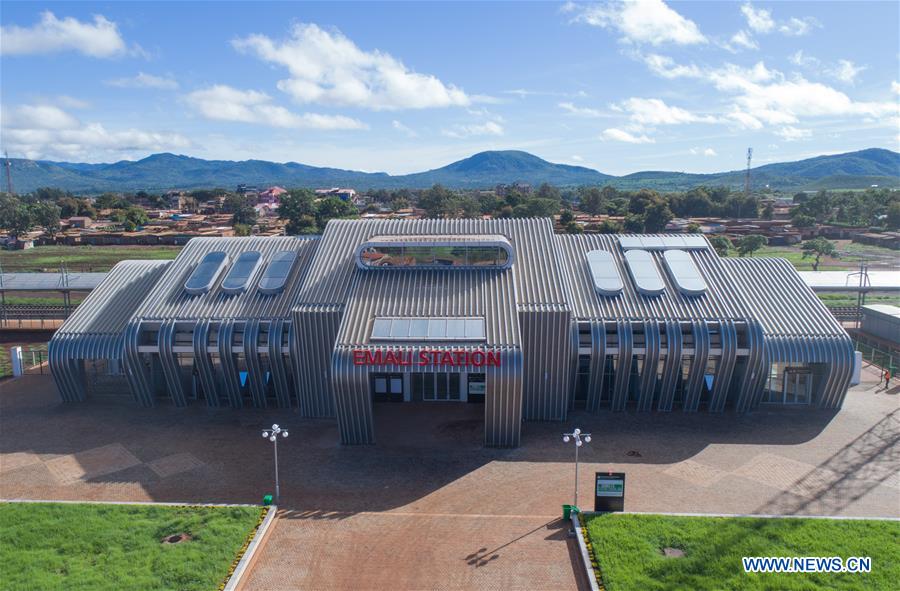 NAIROBI — The 480 km railway linking Kenya’s largest port city Mombasa to capital Nairobi, slated to be officially launched on Wednesday, will be a key infrastructure project that will push forward the East Africa nation’s modernization drive, a senior company executive said Monday.
“The launch of the standard gauge railway (SGR) will undoubtedly contribute to Kenya’s economic and social development as well as improve people’s livelihoods and lead the country to prosperity,” said Chen Yun, vice-president of China Communications Construction Company, parent company of the China Road and Bridge Corporation which built the mega-project.
In an interview with Xinhua on the sidelines of a ceremony held here in Nairobi for the release of the company’s social responsibility report regarding the SGR project, Chen said that the company has endeavored to build the Kenya SGR project into a quality project that will endure the test of time. “The Mombasa-Nairobi railway is also a way of cooperation, mutual benefits and prosperity,” Chen said.
According to the report, the SGR project has created more than 46,000 jobs for the locals and the number of local workers who received training hit 45,000, gaining the much-needed skills and technical knowhow to help them grow. The SGR project is also estimated to be adding 1.5 percentage points to Kenya’s GDP growth, a figure the Kenyan government reckons with. 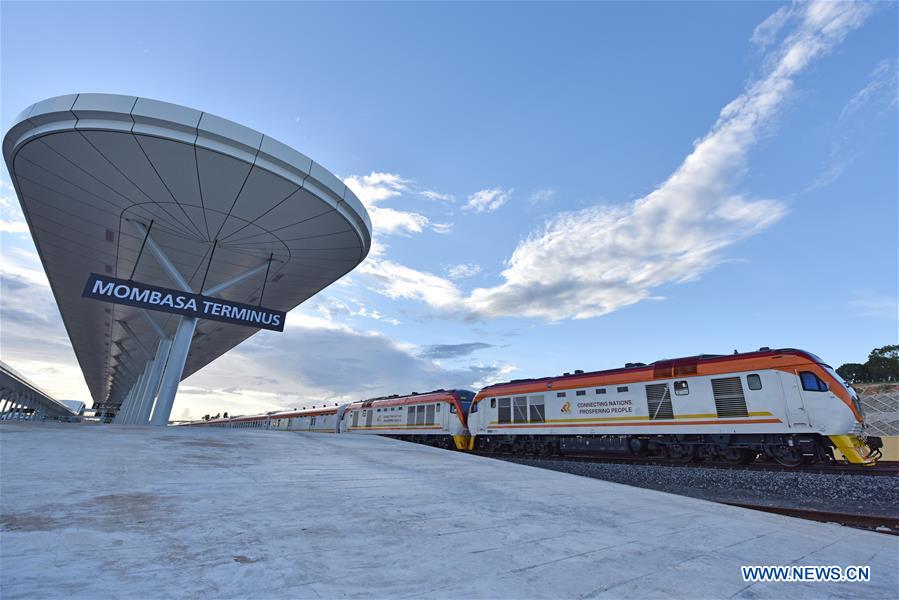 As Africa strives for integration, Chen believed that Africa will continue to see the birth of many more railway projects on the continent.
He revealed that during a recent talk between him and Kenyan President Uhuru Kenyatta, the president said he would promote SGRs in the east Africa region so that the region can upgrade and renovate existing railways and enhance transport capacity.
Chen added that the Belt and Road Initiative proposed by China, which aims to build a trade and infrastructure network connecting Asia with Europe and Africa along and beyond the ancient Silk Road trade routes, will also provide immense opportunities for African countries, and companies involved. 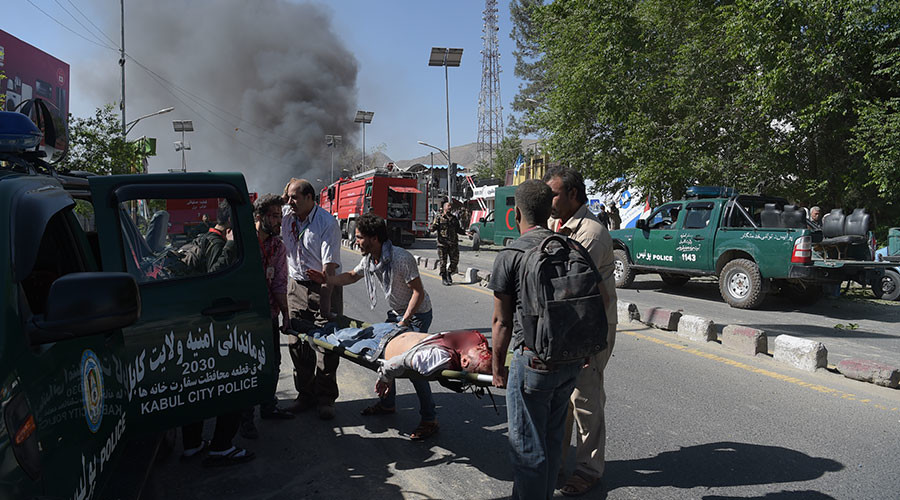 At least 80 people have been killed and over 350 injured in a powerful car bomb blast that ripped through a diplomatic district in Afghanistan’s capital, Kabul, an Afghan health official has said, as cited by Reuters.
However, the Afghan Interior Ministry said 64 people were killed, according to AFP.
The death toll is likely to rise, local officials said.
“They are still bringing bodies and wounded people to hospitals,” senior Health Ministry spokesman Ismael Kawoosi told AFP. Meanwhile, the Interior Ministry has asked Kabul residents to donate blood, saying hospitals are in “dire need.”

This latest carnage will be used to further justify the planned increased of US troops in Afghanistan, which was announced early this month.

A surprise visit by Defense Secretary James Mattis to Afghanistan on Monday has fueled speculation that the Trump administration may be close to a new battle plan for the 16-year-old war.
In his first visit to the country as Pentagon chief, tacked onto a larger diplomatic trip to meet with U.S. allies in Africa and the Middle East, Mr. Mattis pulled no punches over the state of the fighting.

As with other foreign wars that the US had started, the goal is not to introduce a better regime but to destroy, plunder and sustain the need for arms and armed goons.
So, it should not come as a surprise that the US war in Afghanistan is in its 16th year.
Those who still consider that the US interventions in the Middle East, and elsewhere, is to introduce the American brand of democracy, otherwise, it should be a conspiracy theory for the US to have caused these countries’ destruction, read what the Deep State operative, Condoleezza Rice, has just admitted.

U.S. Wars in the Middle East Were Not Supposed to Bring Democracy, Condoleezza Rice Says 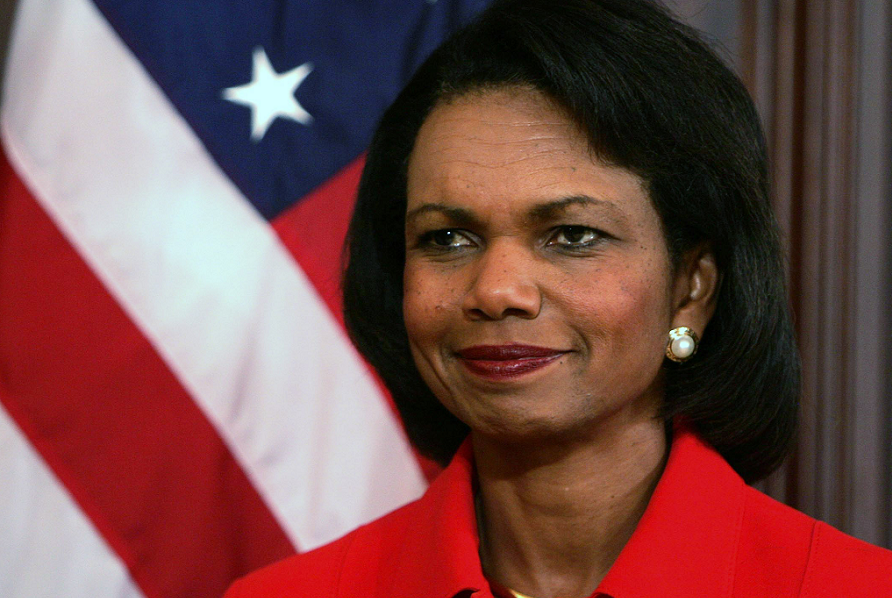 Former Secretary of State Condoleezza Rice said Thursday that U.S.-led interventions in the Middle East and Central Asia were not about spreading democracy, but about addressing regional security issues.
Rice, who served in former President George W. Bush’s administration as national security advisor from 2001 through 2005 and as secretary of state from 2005 to 2009, made the revelation during an interview at the Brooking Institute.

Rice played a key role in the Bush cabinet during the post-9/11 years that saw the U.S. launch two large-scale invasions against Afghanistan in 2001 and Iraq in 2003. In addition to the regional threat of the Al-Qaeda-allied Taliban government in Afghanistan and Iraqi President Saddam Hussein’s alleged possession of weapons of mass destruction, later disproved, the White House defended its military action by touting a U.S.-led campaign to spread democracy to the region. In remarks referencing her latest book, however, Rice said otherwise.

Of course, there’s no WMDs, and the US veterans from Iraq and Afghanistan went home with PTSD upon realizing that they were the terrorists. 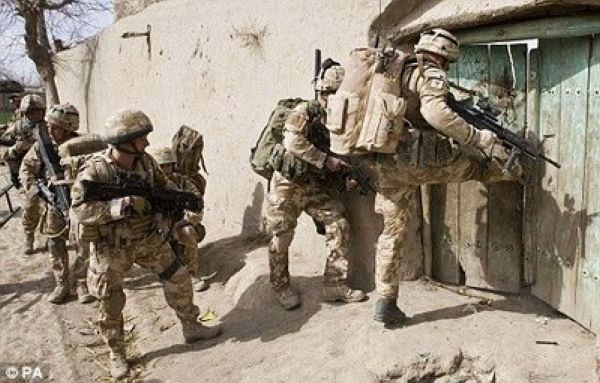 Michael Moore’s Fahrenheit 911 documents the connection of the Talibans and Al Qaeda to the Bushes, and the Bushes were at the inception of the CIA post WW2, to prepare for the Nazification of the United States.

One thought on “Kabul Explodes Under US Control, While Kenya Hails New 480km Railway Built by China”