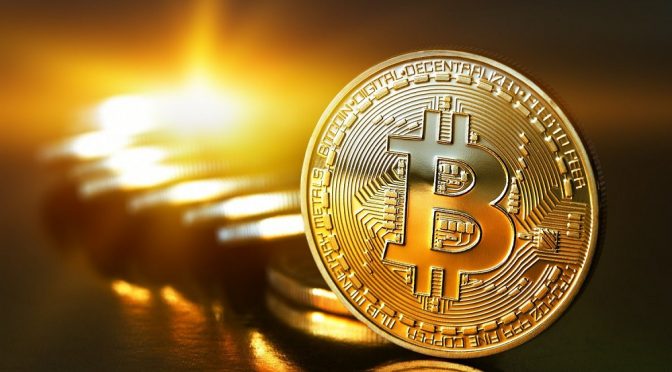 We have known early on that the prices of gold and silver are manipulated by the bullion banks acting as agents for the Federal Reserve. This is the only thing which keeps the fiat dollar in circulation. But with the availability of cryptocurrencies, the rigging may not last for long.

The bullion prices are manipulated down in order to protect the value of the US dollar from the extraordinary increase in supply resulting from the Federal Reserve’s quantitative easing (QE) and low interest rate policies.
The Federal Reserve is able to protect the dollar’s exchange value vis-a-via the other reserve currencies—yen, euro, and UK pound—by having those central banks also create money in profusion with QE policies of their own.
The impact of fiat money creation on bullion, however, must be controlled by price suppression. It is possible to suppress the prices of gold and silver, because bullion prices are established not in physical markets but in futures markets in which short-selling does not have to be covered and in which contracts are settled in cash, not in bullion.
Since gold and silver shorts can be naked, future contracts in gold and silver can be printed in profusion, just as the Federal Reserve prints fiat currency in profusion, and dumped into the futures market. In other words, as the bullion futures market is a paper market, it is possible to create enormous quantities of paper gold that can suddenly be dumped in order to drive down prices. Everytime gold starts to move up, enormous quantities of future contracts are suddenly dumped, and the gold price is driven down. The same for silver.
Rigging the bullion price prevents gold and silver from transmitting to the currency market the devaluation of the dollar that the Federal Reserve’s money creation is causing. It is the ability to rig the bullion price that protects the dollar’s value from being destroyed by the Federal Reserve’s printing press. 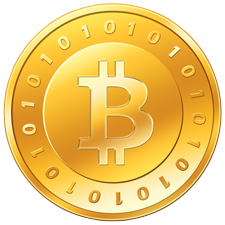 Recently, the price of a Bitcoin has skyrocketed, rising in a few weeks from $1,000 to $2,200. Two explanations suggest themselves. One is that the Federal Reserve has decided to rid itself of a competing currency and is driving up the price with purchases while accumulating a large position, which then will be suddenly dumped in order to crash the market and scare away potential users from Bitcoins. Remember, the Fed can create all the money it wishes and, thereby, doesn’t have to worry about losses.
Another explanation is that people concerned about the fiat currencies but frustrated in their attempts to take refuge in bullion have recognized that the supply of Bitcoin is fixed and Bitcoin futures must be covered. It is strictly impossible for any central bank to increase the supply of Bitcoins. Thus Bitcoin is standing in for the suppressed function of gold and silver.
The problem with cryptocurrencies is that whereas Bitcoin cannot increase in supply, other cryptocurrencies can be created. In order to be trusted, each cryptocurrency would have to have a limited supply. However, an endless number of cryptocurrencies could be created that would greatly increase the supply of cryptocurrencies. If entrepreneurs don’t bring about this result, the Federal Reserve itself could organize it.
Therefore, cryptocurrency might be only a temporary refuge from fiat money creation. This would leave gold and silver, whose supply can only gradually be increased via mining, as the only refuge from wealth-destroying fiat money creation. 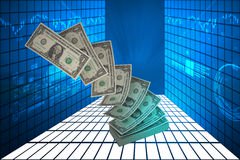 For as long as the Federal Reserve can protect the dollar by bullion price suppression and money creation by other reserve currency central banks, and as long as the Federal Reserve can keep the influx of new dollars out of the general economy, the Federal Reserve’s policy adds to the wealth of those who are already rich. This is because instead of driving up consumer prices, thus threatening the US dollar’s exchange value with a rising rate of inflation, the Fed’s largess has flowed into the prices of financial assets, such as stocks and bonds. Bond prices are high, because the Fed forced up the price by purchasing bonds. Stock prices are high, because the abundance of money bid prices higher than profits justify. As the US government measures inflation in ways designed to understate it, the consumer price index and producer price index do not send alarm systems into the markets.
Thus, we have a situation in which the Fed’s policy has done nothing for the American population, but has driven up the values of the financial portofilios of the rich. This is the explanation why the rich are becoming more rich while the rest of America becomes poorer.
The Fed has rigged the system for the rich, and the whores in the financial media and among the neoliberal economists have covered it up.
Copyright © Dr. Paul Craig Roberts and Dave Kranzler, Paul Craig Roberts, 2017
Before investing in cryptocurrencies, be aware that it’s not completely foolproof, or unhackable, and the government can still sequester it if it deems necessary.
It’s only advantage right now is that it is without a central authority. But just like any other system, the robber barons will always try to find ways to control it.
However, in the case with gold and silver, they have to raze the country to the ground first before they can haul them out from the treasury.
In short, there’s a need to neutralize all the remaining robber barons first before everything will function as they should be.

11 thoughts on “Is Bitcoin Standing in for Gold?”